That’s the question I often get asked, but, in my opinion, it’s more of a how did I get so lucky to see the mercy, love and peace in Islam, especially in a world where Muslims are often untolerated and misunderstood.

As I sit here listening to the Quran, I try to think back to the moment I became Muslim but it wasn’t a moment, a split decision, nor a quick change…

It was over a period of two years from first resisting any religion, to trying to convince my Muslim partner that Islam is man-made, like all other religions, to discovering the truth about Islam.

Oftentimes, my heart would beat faster, the hair on my arms would stand up straight and my jaw would literally fall open with shock at all the things I learned.

However, back to the beginning, I now know that there is a thing called ‘Qadar Allah’ – i.e. preordained destiny. Your life is already perfectly planned and mapped out, but I didn’t always have that conviction… I believed that everything happens for a reason, sure, but oftentimes contradicting myself by asking, “Why?!” “Why did this have to happen to me?” etc.

At the tender age of 20, I decided to travel. First stop, Egypt. I got a job and met some friends and stayed in a lovely resort for months and months. With minus a million intention (i.e no intention) of meeting a man, I was as surprised when I found myself in a relationship with a Muslim.

Time passed, we got more serious, we moved in together and we began to share life. Then one day, he changed. He started to pray all the time (now I know he was praying Sunnah along with Fard), he began to fast even though it wasn’t Ramadan, he liked watching Sheikhs and he would show me a few.

What if my partner becomes a bully? Or derogatory? Or worse, a woman beater? I had to do something… So, I had to stop him from practicing Islam.

I began to watch some programs on Islam, I’d watch a variety of shows from different Sheikhs and learned a great deal about Islam from authentic sources…

Also, I read a lot of books and booklets and eventually bought my own Quran. I distinctly remember the first chapter I skipped to was Surah an-Nisa (The Women) however I didn’t understand very much. But I read anyway… I continued reading and some time later, Ramadan came. I was already in a relationship with my now Muslim husband, so we spent it together with his family.

During the day, we would sit quietly reading Quran, all of us with our own and in different levels of Iman. There was no pressure from them on me to do anything, but I felt encouraged knowing that I am doing something new, something I have never thought about before…

The search on Islam continued… my heart was softening… I no longer repelled the religion, however I didn’t think I would ever become Muslim myself but I could tolerate my partner practicing it.

We spoke of marriage and I asked him to marry me as a Christian. He agreed but he would never stop talking to me about Islam, about the Prophet Muhammad, and about Allah’s final religion… we had so many interesting and brilliant talks.

Oftentimes, we would go for a walk in the evenings after work and all we could talk about was life, God, religion, afterlife and for once, I felt like I was finally understanding all the confusing life questions that no one has ever been able to answer before.

Time passed and till now I am amazed and in awe at religion: Do we need religion in the first place? Why does God punish people? How can one religion, Islam, be the right one and be for all of mankind? Someone from Australia is surely different to someone from India, can they both be Muslims? Can Islam be for everyone? Is Islam for Arabs only?…

And until this very day, I have never thought of a question and not found the answer. The answer is ‘Islam’.

I finally realized this religion is perfect and it makes me feel good. It encourages me to make better decisions. And it has the power to change my perception on everything. I understand my purpose and with that brought a new found characteristic I hadn’t really felt before: Confidence.

For the first time, I made decisions based on Islam, based on Allah’s guidance and the Prophet’s advice. Despite what society deems as normal or acceptable or desirable, it didn’t matter. What mattered was becoming a Muslimah. So I did it.

I traveled to Al Azhar Mosque, Cairo and I filled in a form, signed my certificate and declared the Shahadah in the worst Arabic you have ever heard, to two Sheikhs.

And I have since learned how to recite some Arabic much better but it didn’t matter. All that mattered was that I found the courage to commit whole-heartedly despite the fact that a few years before, I had no desire to become ‘religious’, rather I thought about travel, money, make-up and parties… 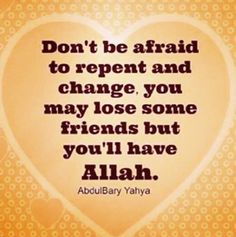 Subhan Allah how much you can change with a positive influence and what better influence than Islam?

As I sit here and reflect, I realize that I now say things I never imagined saying before. My whole perspective on life, people, friends, and family changed. I became soft towards people yet strong in my heart. And I forgive but keep my integrity.

I became so honest I won’t even make a prank in case my Lord became sad with me. I found good role model: the Prophet Muhammad, who cared for everyone, who showed strength during struggles and relied on Allah for everything.

So I became less afraid of people, more afraid of Allah. I no longer chase the life and live by “YOLO” – and I began to realize this life is a test– but I can win. I can leave this world better than I found it and no deed is too small.

How beautiful is Islam. The only religion which calls people to prayer. Five times a day, the Adhan is heard throughout the city, it says:

“Come to Prayer, Come to Success.”