Tasting the sweetness of faith makes one wish to dedicate their lives to help others find their way back to Allah.
aaa

I have come across many Muslim youth and even some adults I met in the U.S. who do not practice Islam.

When I asked them why, their reply was, “we just inherited the title, but we are not interested in Islam.”

I was not surprised.

Was I not one of them at one point?

What about my own family, brothers and sister? What went wrong and why we left Islam?

Why did some of us even dislike being associated with Islam?

I can best answer that from my own experience. Others may have other answers.

My number one reason to leave the Middle East to go to the U.S. was freedom, followed by number two which was better opportunity for studies and work.

I did not wish to be under any pressure from anyone. The more freedom I tasted, the less interested I was in anything structured like “religion.”

I knew deep inside of me that I was doing many things that were against Islam, taught by my parents and society where I came from. So, if I turned my face toward religion, I had to abandon all that I liked to do and be a good girl, obey my parents and make different choices in my life.

Not being firmly established in faith, I did not have strong enough motivation to leave what pleased me for something that would take away my freedom. So, life went on with indulging in fun while being indoctrinated in total secularism.

It was in my 30s and after having been married, divorced and with two kids, when I was finally able to realize what an empty life I was living!

All the things and people that I thought were important were no longer on sight. Reality of life was staring at me in the eye. I was an empty shell, with lots of worldly experience, friends who were no longer around, wealth that gave me more hunger for materialism and two kids without a father.

It was at that time when I wished I had given ear to my parents when I still had a chance to make the right choices.

I remember once I came home at 10pm. My father looked at his watch and looked at me. That is all! I burst into anger telling him I was twenty two years old and past the age of eighteen parents do not interfere in their kids’ life in the U.S.

The next fifteen years while my father was still alive, he never uttered a word of objection to anything I did and for that matter all the rest of his four kids did. He kept all his sadness, frustration and disappointments to himself and finally died of cancer! My mother followed the same silent mode.

In fact we thought that our intellect is so much higher than our parents that their reasoning no longer appealed to our educated minds. Their logic was old-fashion and boring to us.

I had lost so much of who I was as a born Muslim in order to fit with the secular world. What price did I pay for this shift of identity?

Some of the mistakes I made in paths and choices will follow me the rest of my life. Yet, for me, I must say there must have been a bit of an open door to guidance in my heart. Allah slowly opened this door till I could see the light of Islam compared to the darkness of the sea of desires, selfishness and misguidance I was in.

The past twenty five years I have tried to pick up pieces and change my way of thinking. I have been very anxious to know my Creator. I could do this only by learning and practicing the religion of Islam.

Tasting the sweetness of faith makes one wish to dedicate their lives to help others find their way back to Allah.

As soon as sadness is about to overcome me when I think of my past, I immediately remind myself of the Prophet’s advice when he said:

“Do good deeds after doing bad ones, the former will wipe out the latter.” (At-Tirmidhi)

This, I think I have been doing!

Had I not been through what I went through, perhaps I would not understand others’ process in similar situations. It is much easier to hold someone’s hand and tell them, “I understand where you come from. I was there myself.” This may open the door of more meaningful discourse. 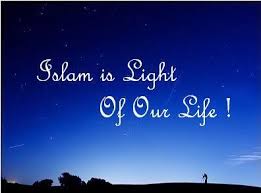 Looking at the life of those born Muslims who left Islam, the following causes come to mind:

I will address the last topic first, as it may help answer the rest.

If a person is even questioning motivation or lack of it to come back to Islam, it may mean that he/she has at least the thought of returning to Islam, but needs the convincing encouragement.

Although motivation is best actualized when it comes from within and from a person’s own initiative, in some cases an external reminder may play a positive role in pointing the person toward the proper direction.

When a person reflects on how wrong choices based on desires could have a very negative outcome, perhaps deeper reflection may change the course of one’s decisions.

While considering motivation to come back to the religion, one may take an account of their desires and ambitions and see the religious restrictions in a different light.

In my own case, the religious restrictions would have saved me a life-long agony of wrong decisions which felt right at the time but prohibited in Islam.

And yes the peer pressure may be the first starter to switching direction from religious life to secular one. We all want to fit into the society we live in. Right?

I would say yes, and some do it without losing their own identity. Yet, this is a lot easier for a seasoned adult than a young person.

I recall, in my own case, many times while doing something prohibited in Islam, I would say to myself, I will get it right later on, but for now let me enjoy life and not worry about religious restrictions.

I remember when three Muslim teenagers who were at odds with their parents regarding practicing Islam were once on a car ride in one of the busy U.S. cities. Their car got hit by a drunk driver and one of the kids got killed.

I imagine it never downed on him that he would die so young. Can it happen to any of us any time?

Would life enjoyment that are contrary to Muslim beliefs be so important that a person is willing to risk his ever-lasting life in Paradise for a very temporary life on this earth?

Prophet Muhammad is reported to have said:

“The life of a person in this world is like a traveler who is stopping under the shade of a tree for a short while and then moves on to his final destination.” (At-Tirmidhi)

We may see that ALL the enjoyment of the life of this world would amount to less than blinking of an eye compared to a life that never ends once we reach our final destination. 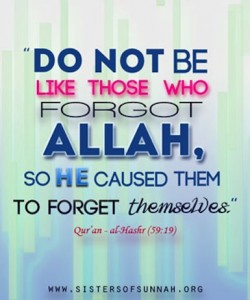 There is a list of other motivations that may encourage a person to take a leap of action or even small steps, such as:

How Do I Start?

The most powerful element that would strengthen the motivation is knowing one’s Creator Himself.

The best way to do that is to know Him as He introduced Himself in the Quran. Many have embraced Islam by just reading even a few pages of the Quran. They are the ones whose hearts were open to guidance.

As for the average person who has doubts and discomfort about religion, they can just start reading the Quran for the information first without taking any verse out of context and making interpretation for verses they are not familiar with. It would be great to seek the help of a knowledgeable person when explanations are needed.

This activity is strengthened many folds when one has the conviction that the book they are reading is the very word of God. Otherwise, it is just like any other book.

To get to this stage, personal investigation is needed. But first one must understand the role all Prophets of God played in guiding mankind to a better life. They were the messengers chosen by God to save people from misguidance to a better way of life.

Although religious rituals may differ from one religion to another, the main message was pure monotheism, encouraging mankind to worship only one God and shun worship of other than Him.

When this conviction is there, the motivation to know Him may increase multi-fold and the rest is just matter of time, effort, learning, followed by proper action and stronger faith.

And it’s never too late to start the search once you are ready.