You must first build up your own position within your household by serving your family and catering to their needs.
aaa

When he is not outside engaged in these outside activities, we think of him devoting all his time to personal devotions like reading Islamic books, reciting the Quran, or listening to recorded lectures.

Sadly, we do not think of this young person having anything whatsoever to do with the rest of the household. This is, in fact, a grave mistake that many religious young people make. The worldly needs of the household must be met.

Who, then, is going to purchase the household’s needs?

Who will take members of the family to the places where they have to go?

Who will entertain the guests?

Who will pick up so-and-so from the airport?

Should the “pious” member of the family be the one to say: “Sorry. I have no time. I am busy!”? This “pious” person has failed to carry out his proper role at home.

Therefore, someone else will have to be the one to carry it out. That someone else may be deficient in his religion, but because he is the one taking care of the needs of the household, he is going to be the one to have the greatest influence. His words will be heeded and his commands obeyed. His opinions will carry weight.

As for the religious young person, his word will carry no weight whatsoever, since he never does anything to benefit anyone else. Sometimes the situation is even worse than this.

There are cases, especially in the Gulf states, where the religious person does not leave the affairs of the household to another family member, but rather to a servant or the driver. The driver is the one to take the girls to school and to the shops.

This stranger, then, is the one who stays with them for hours on end in the car or at the shopping center. This is a serious shortcoming on the part of the religious person. Serving the members of one’s family is the best way to influence them. 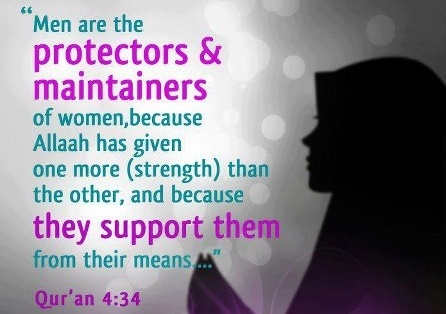 A religious young person should safeguard the weaker members of the family from having to leave the home too much. He should take care of their needs himself. He should go to the shop for them. His home is not some hotel where he goes to sleep, eat, and drink. It is definitely not his place to do nothing but act like an emperor, ordering others around and piling on prohibitions without providing any alternatives.

If you want to be listened to, then you have to expend some time and effort to make sure that your household’s needs are met. You must take the time to get the things that they need and take them where they need to go.

Some of our religious young men and women do not carry out the housework that their families expect of them. They seek to excuse themselves from their household chores with excuses like reading the Quran or listening to a taped lecture! Then they wonder how they can have a positive effect on the other members of their household who are engaged in sinful activities.

In order to be able to counteract the sinful behavior that goes on in the home and bring about positive change, you must first build up your own position within your household by serving your family and catering to their needs. Do not make yourself invisible. Make your presence known by doing things for others.Some of our young, religious people flee from their homes in one way or another after becoming religious. They feel that they cannot bear staying at home surrounded by what they regard as sinful behavior or as their family’s casual religious attitudes.

Some seek to escape the temptations at home by going overseas to study or by simply moving away from home. There are often clear signs in their behavior that they are merely running away. Some of them even leave home without their parents’ permission. They forget that when a man asked Prophet Muhammad (peace be upon him) if he could go to war, the Prophet immediately asked him if his parents were alive. When he said that they were, the Prophet said:

“Your jihad is to take care of your parents!” (Al-Bukhari and Muslim)

They also forget that when another young man approached the Prophet to go and fight, the Prophet (peace be upon him) asked him if his mother was alive. When he found out that she was, he told the man:

“Woe unto you! Attend her at her feet and you will attain Paradise.” (Ibn Majah)

So, if we want Paradise, the quickest way to get there is by honoring our mothers. During the reign of Caliph Umar ibn al-Khattab, a young man named Kullab volunteered to fight in Syria with the army of Yazid ibn Abi Sufyan. The boy’s father approached Umar and appealed to him in poetic verse about how his son had abandoned his father and mother. Umar asked him what was going on and the old man said:

“He left for Syria and abandoned his two elderly parents.”

Upon hearing this, Umar shed tears and promptly wrote to Yazid ordering the young man to be returned with all of his possessions to Umar. When the man arrived, Umar asked him:

“So you are Kullab?”

Then he said to him:

“Go to your parents and honor them, and stay with them until they die.” (Ibn Asakir)

The first duty of our young people is to establish themselves at home by fulfilling their responsibilities to their families.

Source: Islam Today – http://en.islamtoday.net
We use cookies on our website to give you the most relevant experience by remembering your preferences and repeat visits. By clicking “Accept”, you consent to the use of ALL the cookies.
Do not sell my personal information.
Cookie settingsACCEPT
Manage consent