I really began to think about the excuses I kept offering for not wearing hijab. But it wasn’t until a conversation with a fellow sister that it really hit me.
aaa

I have been Muslim for about two and a half years now. About 6 months after that, I began dressing more modestly, wearing long sleeves, looser fitting clothes, etc.

I knew then that I would eventually want to/need to wear a hijab, but wasn’t ready for that. I’ve been seriously considering wearing a hijab for the past year, but have always been able to come up with great excuses why not to.

My first excuse was that I was working as a social worker, and I was afraid that me suddenly wearing a hijab would distract from my work with my clients– that they would focus on me, and have questions, etc.

In social work education, we learn the importance of not allowing ourselves to be the focus or the topic of conversation, to stay professional and hold professional boundaries, not discussing our personal life.

Of course, such a change would cause many of my clients to ask personal questions of me which I would not be comfortable with. So, I said to myself, it’s better to start wearing hijab when I’m in between jobs.

Twice in the past year I have been “between jobs” (actually, I’m currently working from home and don’t have a social work job). When I left my job a year ago, I came up with another excuse not to wear a hijab: my parents didn’t know I was Muslim yet. I wanted to break it to them easy.

Having been raised Christian, with a family always very involved in the church, I knew that telling them I converted to Islam would be hard; showing up the next time I saw them wearing a hijab would be even harder.

I eventually ended up telling my mom I was Muslim last February (I have yet to tell my dad, but as I see him less often I’m not as worried about it).

At that time I was still between jobs, but came up with another excuse not to wear hijab: I may not be hired for a job, which I really needed.

I began to worry about what potential employers would think of me. Living in the “Bible Belt,” people can be pretty judgmental here, though they won’t always admit it or blatantly say it to your face. But it’s too easy to pass on an employee who looks different and has different beliefs than you.

I remember when we first moved to Texas, I actually saw a job posting at a hospice that stated that in order to be hired, employees essentially must be Christian and conform to the there-stated Christian doctrine! 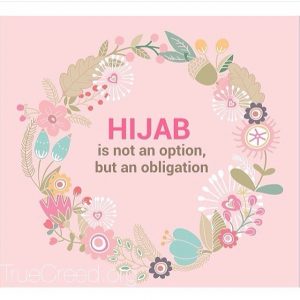 So I again put off wearing a hijab, and was content to continue living within my comfort zone. Since then I have come up with various other excuses: ‘I should wait until I’m between jobs again,’ ‘I don’t want to meet my extended Turkish family for the first time wearing hijab,’ ‘I need to visit my mom one more time before starting to cover,’ and on and on.

Until our local Islamic Center had its annual reading camp this December. I left my home in mid-December wearing a hijab, to go attend reading camp an hour and a half away, not knowing at that time that was the beginning of my new life as a hijabi.

I had planned to wear hijab during the reading camp, just as I did last year. This was a safe place for me to get comfortable in the experience of wearing a hijab, to “get used to it” as I told everyone.

For the last six months I had actually been getting used to it in other ways to– I had started wearing hijab when I went to the Islamic Center, etc. I had learned that you should always cover when reading the Quran, so I figured I should wear it to such events. But I always felt bad when people would excitedly say, ‘Oh, are you covering now?!’ — to which I had to reply,  ‘No, just for events like this.’

The reading camp lasted 10 days, but my husband and I only attended the first 4 and half. I had really enjoyed the experience last year and was really looking forward to it again.

To be able to devote your day to Islamic study, feed your spirit, join in group prayers, and to be in the company of so many loving and encouraging Muslim sisters was such a rejuvenating experience.

I really began to think about the excuses I kept offering for not wearing hijab. But it wasn’t until a conversation with a fellow sister that it really hit me.

One of my friends has two teenage daughters, one who has been covering for a few years and one who will be covering soon. Previous to camp, at one of our last chat she had talked about her daughters covering, and how although she wants them to make the decision to cover by themselves, really they do not have a choice, because it is something ordered by Allah. 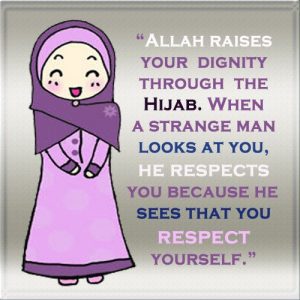 So she tells her daughters that it is not her rule, but Allah’s rule. So at camp, I noticed that her younger daughter was wearing hijab, and I asked her, “Is she covering now?” She told me no, just here at camp to get used to it (sound familiar?) but that she will start next school year. I began to reply, “That’s like what I’m doing. I know it’s hard…” and that was when it hit me. My heart sank.

As I had originally intended, I left the camp wearing my hijab just as I had arrived wearing it. On the drive home, I talked to my husband about my experience, and how I felt that it was time to wear a hijab– no more excuses. Like they say, ‘there’s no time like the present.’