This is a part of a translated book written by Sheikh Al-Ghazali titled “Muslim Women between Backward Traditions and Modern Innovations”. The book was translated by Dr. Jasser Auda, Professor at Qatar Faculty of Islamic Studies (QFIS).

There are three necessary conditions for every Muslim home to fulfill its mission. They are tranquility, love, and mercy.

I mean by tranquility satisfaction. A husband should be totally satisfied by his wife and vice versa. Love is a mutual feeling that makes the relationship a happy and enjoyable one and mercy is the basis of all good traits in men and women.

God tells Prophet Muhammad (peace be upon him) in the Quran:

{Thus it is due to mercy from God that you deal with them gently, and had you been rough, hard hearted, they would certainly have dispersed from around you.} (3: 159)

Mercy is not a temporary feeling of sympathy. It is rather a continuous flow of niceness, high morals, and honorable attitude.

A home that is based on stable tranquility, committed love, and kind mercy, makes marriage the best blessing on earth. This home will overcome all obstacles and will only produce good children! I have a feeling that most of the complications and problems that the children have are because of the dysfunctional relationship and the continuous conflicts between their parents!

A reader might ask: “Are you saying that emotions are everything and that materialistic means are of no importance?”

There are a number of other factors that contribute to the success of a marriage, in addition to the above factors.

“Three things contribute to your happiness: A wife whom you like and trust that she takes care of your money and keeps her devotion to you even when you are away, a fast ride that enables you to catch up with your friends, and a big house with many facilities.

And three things contribute to your misery: A wife that you feel bad about who always hurts you with her words, and when you are away you do not trust her to take care of herself or your money, a lazy animal that you ride, which fatigues you if you push it and does not carry you if you do not push it, and a tiny house with few facilities.” (Authenticated by Al-Albani)

“Do what benefits you, seek the help of God, and never feel helpless.” (Muslim)

Religion does not deny the natural human needs of comfort, satisfaction, and happiness. When a man or a woman seeks marriage, he/she should make sure that the things that he/she likes exist in the other partner. If marriage proves that the other partner is good, then how excellent this marriage is! Otherwise, the future of the couple is indefinite.

I noticed that some men in the proposing stage claim to have certain morals, for example, kindness or generosity, while they do not really have them! The shocking reality appears, of course, right after the consummation of the marriage!

Some men might even promise a certain dowry before the marriage and never fulfill what they promised. Islam warns from those sick people and considers them betrayers and cheaters. The hadith says: 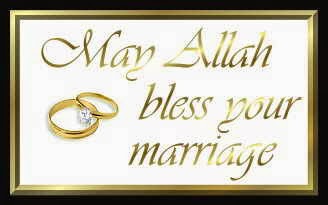 Marriage is not a passing adventure! It is a life relationship, a firm covenant, and a very serious partnership. What the husband or wife has promised before the marriage should be carried out to the letter after the marriage. Actually, paying the dowry is just an example of fulfilling promises.

If a man, for example, promised to be kind or forgiving and portrayed himself in this manner before the marriage, then he has to remain kind and forgiving or at least do his best to attain those qualities after the marriage! God blesses those who are honest and makes their life everlastingly happy.

A woman might, willingly, give up her dowry, totally or partially, when she finds out that her husband is a real good and moral person! Since she gave him herself, she wouldn’t mind giving him her money.

Some men think that they have rights and no duties! They live in a shell of their selfishness and never think about what the other partner feels! A Muslim home, however, must be found on the following fair base:

{And women shall have rights similar to the rights against them, according to what is equitable; but men have a degree (of responsibility) over them.} (2: 228)

As I said before, this degree is the responsibility of leadership that the man assumes over his family. Every organization has to have some leadership. It is obvious that a man’s leadership does not, by any means, diminish his wife’s opinions and needs, whether social or materialistic.

The social obligations of being a married person require certain characteristics. If these characteristics are absent from a certain person, it is better for him/her to remain single. This applies to both men and women. For example, if the woman is stiff, has no compassion whatsoever, and has no consideration to others’ emotional needs, then it is better that she remains single because she will not be able to be a good wife and mother!

Let us assume that her husband at some point gets a severe sickness and they could not find a hired nurse that is willing to take good care of him. In this case, his wife should be able to be more patient with him than anybody else, kindly takes care of him, and prays for him!

Love’s logic is different from the logic of ‘mutual benefits’ in trade! So many men sacrificed their lives for their families and so many women did the same.