Many years ago while I was still in primary school in Australia, an Evangelist preacher who was supposedly a publisher of “Glad Tidings“, came to speak at our school hall.

He began preaching and explaining things new to me as a Muslim and I listened since I was encouraged by my parents to engage in debate and attend seminars to broaden my horizons.

An Attack on Hajj

I listened intently and with interest and when he raised the question if there were non-Christians among them I proudly raised my hand. I am a Muslim I said. Then the attack began.

He seemed to enjoy berating me as a Muslim in front of teachers and other students, and speaking about Hajj, our pilgrimage, he described it as heathen sacrificing sheep while in Christianity God sacrificed his son.

To this day I remember how miserable I was and how uninformed I had been.

In all defense I was 11, the Evangelist preacher in his 50’s at least, since I remember staring at his double chin wobbling up and down and hoping for the life of me they sacrificed him for thanksgiving (terrorist tendencies right?) since he both looked and sounded like a turkey.

I was hurt and upset but adamant I would do something about it.

Many years on I learned to understand there is always an exception to the rule. He did not represent Christians.

That night I asked my late father how we could simply explain hajj and my father very jealous for his deen was angry for my pain and angry for Islam, my mother calmed him down and we engaged in a plan to explain our sacred hajj.

My father approached the school principal who welcomed the gesture to bring in slides and announced at assembly that we would have a presentation scheduling it during lunch hours.

I was disappointed thinking no one would attend since for students lunch hour was the best part of the day. I was wrong.

The first thing my father began with was that Islam our religion ordered us to speak nicely to people, including non-Muslims, since it is part of our deen.

The purpose of this exercise, I now understand, was to not just to educate the students, but the teachers as well.

Being polite and courteous, he said to me, will serve to build bridges and communication, and could lead to further contact to do presentations on other Islam-related topics and more teacher-parent cooperation in the future.

Equipped with a slide show, my father chose to show more than tell leaving my friends and teachers to ask questions.

And questions came flooding as one after the other they asked about the black cube shaped building – the Ka’bah – and its significance and the ihram which my brother wore to demonstrate that designer labels were of no value during the hajj since we were all equal.

Some even asked if they could wear it and circle the large carton box my father had painted black over the weekend for that purpose and questions if the devil stopped annoying us as Muslims when we stoned him since one of the key rituals of the Hajj is called the “stoning of the devil” were delivered.

He explained that we throw stones at three pillars known as the jamarat symbolizing a rejection of the devil’s temptation.

I was a very happy and proud 11 year old that day.

Every year during the hajj season, the memories of that presentation come flooding back as I watch the crowds at Makkah’s Mosque circling the Ka’bah, where Prophet Abraham built his first temple to God, as my friends had done many years ago with my father’s makeshift Ka’bah.

I have not been lucky enough to go as yet but they say it is the journey of a lifetime, one of the five pillars of Islam. They say knowledge is power so when we plan to go we must plan ahead and educate ourselves. 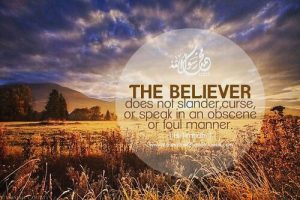 In this life we are usually aware of two kinds of journeys; those made to earn a livelihood and those undertaken for pleasure and sightseeing. The Hajj however is unique from these journeys, since it is made solely for the purpose of pleasing God.

Preparing for Hajj is a spiritual experience with a period of self-reflection and a lesson in piety and humility.

The pilgrim must focus on the sole intention of performing Hajj. Remember that it is solely for the pleasure of God and in accordance to His Commandment regarding this act of worship.

The believer also needs to resolve any conflicts or differences between him and others and seek forgiveness for any acts of transgression. This stage of preparation should take place long before the actual departure for Hajj and not leave it to the last minute.

We understand that one purpose of Hajj is for the individual to be tested on physical, emotional, and spiritual levels. With that in mind we must acknowledge that in the largest gathering of mankind that being in hajj, each of us is like a speck of dust.

But every single pilgrim is invited by God to be His guest. Bearing this in mind, we should be prudent of our every act and of how we spend every second in the holy land.

Preparing for hajj we must have the right mentality, otherwise we would find it very difficult to cope.

Take one thing at a time, have the intention to please God in the best way possible, and go with an open mind.

Take Hajj as a Journey

So get ready to travel light, open-minded and with a clean heart and most importantly stay focused on your destination. We don’t know when or if we will be able to perform this journey again.

We should as Muslims make it a habit to refrain from all and every kind of bad talk anger, hurtful words, slander, and lies from the moment that we have the intent to go on Hajj, from the days leading up to it till the day we leave, and every single day thereafter during Hajj and beyond. In fact it should be a way of life.

No Arguments in Hajj

Since there are always thousands of people wherever we go, there will be many incidents that may provoke us. We need to make sure to leave our ego or temper at home before we travel to Hajj.

This is a good habit to get into for and we should not let any of those things get to us or else our Hajj will turn from spirituality and productivity into simply watching who or what next is going to provoke us and our rising temper may blind us from enjoying Hajj.

We will be spending much time with the same group of people traveling to Makkah, Mina, Arafat, Muzdalifa, then Mina and Makkah once again performing the rituals, and the sooner we realize that we should overlook their flaws, just as we hope they overlook others, the better.

My husband told me when he went, there were people who sadly were unable to get in the spirit of things and brought along cards to play and hookah to pass time. He told me he chose to stay away from the tent and be exposed to the heat and sun during the stay on Arafat rather than engage in argument or debate.

One man, he said, grabbed all the water bottles and made juice believing the people will be quenched more. “Take everything for face value and don’t doubt others intentions”, he told me admittedly he was extremely thirsty but with the help and supplication and belief that his sins will all be forgiven at the end of the day as promised, he persevered.

It is surely a time for us as Muslims to train ourselves and look back to when we’re all separated and back in our homeland and remember yes we can live in unity and in peace despite the ruggedness and challenges of the trip. Allah (SWT) says:

And proclaim the Hajj to the people… and to commemorate God’s name during the known days. (22:27-28)

Developing good habits such as praying on time every time, reading the Quran regularly and learning the life story of Prophet Muhammad (peace be upon him) are just a few ways to prepare spiritually.

Envision that your feet may be stepping on the same piece of land our beloved Muhammad, Ibrahim, Ismail and Hagar stepped on, and in fact all of our beloved companions.

We should also be prepared to handle all sorts of challenges, such as managing difficult people and situations, as well as giving help to anyone who needs a hand.

Oh and forgive, and ask forgiveness from those around you before you leave, and though many years on and I still feel the sting from the Evangelist’s hurtful words, I will try to find him and let him know I forgive him because that is what my religion Islam teaches.

Bear in mind that even though the hajj is one of the five pillars of Islam, not every Muslim will be fortunate enough to fulfill this act of worship.

So, embrace the opportunity to visit Him when God Himself grants it to you, and recognize just how very lucky you are and let the voice in your heart recite the glorious greeting in His name:

I am ready to obey Your orders, O Allah.