Many times we choose to do things and we do things without really thinking about what’s going to happen next.
aaa

In this episode we are going to be discussing the concept of having a long term vision; looking towards the future.

And there is a hadith that we mention a lot, but this is not usually one of the lessons that we take from it. That hadith is:

Verily actions are by their intentions.

And actually one thing that we can take from this is that if actions are by their intentions, then we should know exactly why we are doing something. That means we should also know what will the result of that action be, and we should be thinking about everything that we do.

This will build in us this sort of habit of having a long term vision of looking towards the consequences of our actions, because many times we choose to do things and we do things without really thinking about what’s going to happen next.

But if we don’t build this habit, one of the immediate effects that it will have is that we would be terrible at time management. If we can’t look towards what’s coming next, what is going to happen in the future, what the result of that action is, then we won’t be able to manage our time, we won’t be able to organize our day or our life. 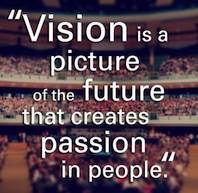 One of the stories that really shows this concept is the story about Abu Hanifa when he wanted to choose what area of knowledge he was going to specialize in.

So they said he started to look at the affairs from how they would end up. He went for example to the Quran scholars and he asked the people and said:

“If I became a Quran scholar, what is going to happen?”

And so he said OK. He then went to the people of Hadith, of traditions of the Prophet (Peace be upon him). He asked them:

“What happens to the Hadith scholar?”

“When he gets older, he memorizes all these hadiths, he writes books, he compiles things. When he gets to become very old, his memory starts to get a little bit weaker, he starts to mix things up, so then people would say don’t take his narrations, don’t listen to what he has to say, he is confused.”

Then he went on to for example to the people of Islamic philosophy, belief, theology. He asked what do they do, and what will be the result of their actions. Until he finally came to the people of Fiqh (Islamic law), and he said:

“What is the result of the person who studies Fiqh?”

Another example is the statement of Imam Al-Shatibi, one of the great scholars of Usoul Al-Fiqh (legal methodology) and also a scholar of the Arabic language. He said regarding the person who is asked questions about religion, he said:

“The scholar who has got conscience, who is with God in everything that he does, is the one who answers people’s questions while looking at the consequences of the answers that he gives.”

The example of this that we have historically is that one time there was a scholar who was asked about the ruling of killing someone. Can Allah ever forgive someone who kills someone else? So one person came to him and asked this question:

“If I killed someone, can Allah ever forgive me?” and the scholar said: “Yes.”

A second person came to him and he asked him:

“If I kill someone, can Allah ever forgive me?”

So his students were confused. They said:

But the second person when he came to me, I saw in his eyes anger and fury, and the intention that he is about to go and kill someone else, and he is looking for an excuse to go and do that action.

So, I told him No, Allah can never forgive you for this. And that’s why there is a difference between the way that I responded to them.

This is again an example of what it means to talk to people, to engage people to make decisions in our own lives based on what are the long term consequences of those actions.

And in doing so, we will hopefully acquire a trait that is very important for people in living in the modern world in general, and that’s the trait of being able to delay gratification.

Sometimes we want something but we know that we need to do something else before that. Instead of doing the thing that we want, we have to actually take care of our business first and then have fun afterwards.

An example that is commonly given is the example of a child who he or she comes home from school and they have homework, but they want to play video games.

To learn delayed gratification is to know “OK I should do my homework first, finish it in an hour, and then afterwards I can play, I can be comfortable and I don’t have that obligation that is sitting in my mind that is bothering me.”

But the person who never learns delayed gratification would just play the video games first, not really enjoying them as much because they have the homework to worry about, and then later on being worried about taking care of the homework.

So this is also something that we want to learn when we are talking about long term vision, understanding the consequences of our actions and building this trait of delayed gratification.