For hundreds of years, lovers have been searching for Laylah. This search is a love story like no other. They know her features. They know about her beauty. They know that she would be most cherished. With great excitement, every year, they look for Laylah- Laylatul-Qadr: the Night of Power.

The Prophet Muhammad encouraged the search for Laylatul-Qadr:

Search for it in the last ten of Ramadan. (Sahih Al-Bukhari)

To help us in this search, the Prophet Muhammad (peace be upon him) gave us clues. He informed us that the night would fall on an odd night:

Search for Laylat-ul-Qadr in the odd of the last 10 of Ramadan. (Al-Bukhari)

Laylatul-Qadr (the Night of Power) will fall on an odd night during the last ten nights of Ramadan. This is not the same as saying that it would fall on one of the odd dates.

A lunar month can either be 29 or 30 days, depending on the moon sighting. If a month ends up having 30 days, the odd nights will fall on the even dates.

However, if a month ends up having 29 days, the odd nights will fall on odd dates. The existence of the additional 30th day shifts what dates the nights would fall on. This method of counting is according to the Prophet’s words:

Method of Counting the Nights 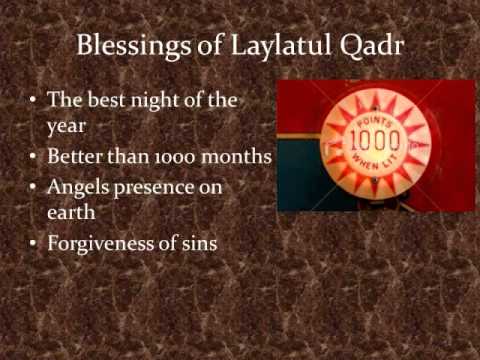 Ibn Taymiyah confirms this method of night-counting to identify the Night of Power:

Abu Saeed al-Khudri also confirmed that to find Laylatul-Qadr the nights have to be calculated and not the dates. A questioner asked him:

“O Abu Saeed! You are more knowledgeable about numbers than us.”

“Yes. We have more right to it than you.”

Since we can only know which nights are odd only after the month has been completed, we would have to focus on every night of the last ten nights to ensure we catch Laylatul-Qadr.

The table below shows both possibilities: