Happiness does not come with figures; happiness comes with contentment. Be content with what Allah has bestowed upon you.
aaa

What do I love for myself?

You know, it reminds me of the following story.

There was a man who was told:

“You will have whatever you ask for and your enemy will be given double of what you ask.”

This man was thinking:

“Well look! I’ve got an opportunity. If I say no, I don’t want because I’m going to be jealous of what my friend gets, I’m going to lose out.”

“I’m caught in a situation… let me just start asking for things and see what happens!”

“I want a huge mansion filled with the latest of everything!”

And suddenly it was there.

As he looked across the road, he saw his enemy with a double-sized mansion in front of him!

You got what you wanted, what’s the point? Why worry about what someone else has got? You become depressed, not because you don’t have enough, but because you are looking at what others have got! But you have enough.

So then he says:

“Okay, I want a mountain of gold.” And he gets it, and his friend gets two mountains of gold and he’s saying: “Come on…”

Look at the dirty heart! So then he says: “Okay, you’re going to give my enemy double… I want you to scare me half to death!”

You can imagine what happened to his enemy. 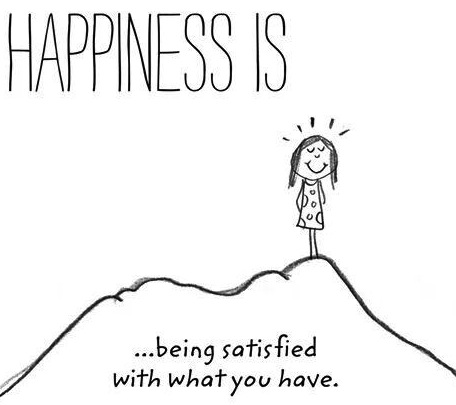 That’s how bad man is. But in Islam, when we say that we love for others what we love for ourselves, we really mean it. We will pray for them, we will ask Allah to bless them, to grant them contentment.

It’s not bad to have a lot of wealth, but to allow that to mess your attitude and character is what is bad.

May Allah grant us strength.