Islam does not just look at the deed irrespective of its motives. God evaluates peoples’ deeds according to the intentions behind them.
aaa

Many times, we approach faith with a cursory glance and think we have the concept down. It is a mercy from Allah that the core tenets of Islam are easily grasped in this way. God is one: He created and is in control of everything. He sent prophets throughout time to guide us back to Him. Simple.

But there are aspects of our faith that are nuanced and deserve a second look, a deeper understanding. One such concept in Islam that falls into this category is the difference between showing off and competition.

To some, competition and showing off seem to be completely different ideas one bad and one good and never the two meet. To others, these concepts are too closely related and should both be avoided. But the truth lies somewhere in the middle.

What is Showing off

But once we reach maturity both emotionally and spiritually, we learn that showing off to the creation is dangerous and misplaced. When we show off to the creation, we seek to please them alone. When gaining the creation’s approval is our goal, then we can be led to do anything, good or bad.

That is why peer pressure is so dangerous for teenagers. Their friends, whom they seek approval from, can easily influence them to do harmful actions.

As mature Muslim adults, we try to redirect that kind of seeking approval by showing off to Allah alone. But still we slip and hope for the neighbors’ approval of our new car, or apply for a job we think will get the attention of our friends, or buy the house that our parents will like, even if doing these things mean doing something that displeases Allah (SWT).

The greatest fear I have for my community is a lesser form of polytheism […] showing off. (Ahmad)

The second concept is that of competition. There are two kinds of competition in this world. The one that pushes us to try to be better than someone else no matter what we have to do. In this way, we care about the opinion of the other person(s). We worry about what they will think of our achievements, purchases, children, spouse, and even our acts of worship.

The one who competes in this way, shows off the gifts Allah has given him/her, hoping the creation thinks he/she is the best or the most. The irony of this kind of competition is that both the gift and the praise belong only to Allah.

This kind of competition is very closely related to showing off because the one who competes in this way is hoping for the reward from the creation. But there is the added element of inviting envy and even relishing in it.

The second kind of competition is one where someone sees others doing good and it inspires them to also do good, seeking reward and pleasure from Allah alone.

Allah says about these kinds of competitors:

They are eager to do righteous works; they compete in doing them. (Quran 23:61) 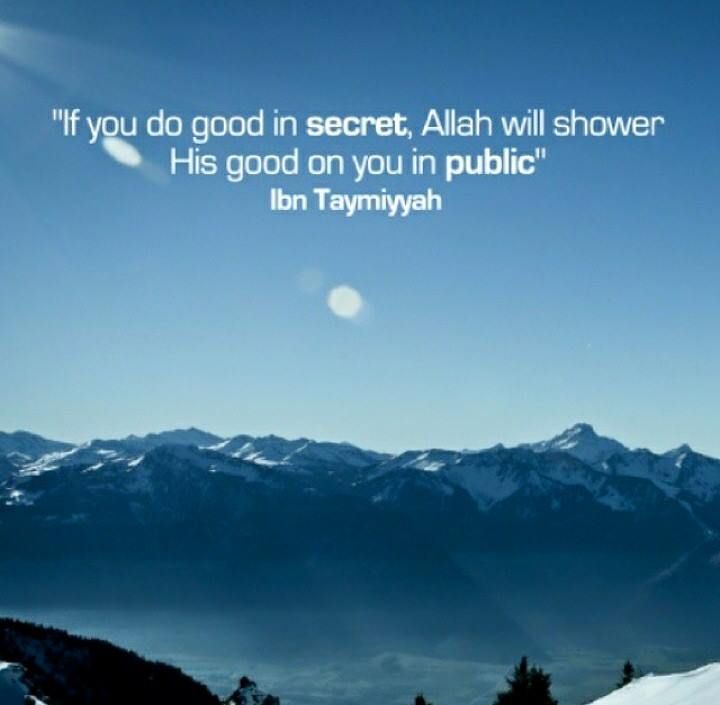 “The ‘envy’ that is mentioned in the Hadeeth refers to Ghibtah [envy that is free from malice]. It is merely figuratively named as such. Ghibtah means desiring someone else’s blessings without wishing him to be deprived of them. Keenness for this is called competition, and it is praiseworthy in acts of obedience.”

Where the Difference Lies

When we show off and compete with one another only so that it is said of us that we are good or brave or wise, etc. we seek praise from the creation. This is our intention. But when we compete for the pleasure of Allah, we recognize that our ability and our reward is from Allah, and our intentions are for Allah.

“Islam does not just look at the deed irrespective of its motives. God evaluates peoples’ deeds according to the intentions behind them. This meaning is referred to in the Quran when it talks about animals which are sacrificed during the rites of pilgrimage, where it says what means:

The result of our intentions is demonstrated when the Prophet Muhammad (PBUH) was asked about people who sacrificed their life and which of them had the correct intentions:

“Who fights that the word of Allah be exalted fights in the way of Allah (Muslim).