I thought I might throw a party for myself, to celebrate.

My husband knew the milestone was coming, but nobody else did.

Then summer turned busy, with Ramadan and a pending cross-country move, so all I did was make a small announcement on Facebook. It was nice to read the kind remarks, but I thought it wasn’t a big deal, and soon moved on.

On the other hand, my friends were surprised to hear that I was marking 10 years since my shahadah. But unbeknownst to me, they weren’t about to let it pass unnoticed.

I didn’t see it coming when I was invited to an iftar a few weeks later, and a few of my closest friends surprised me with a one-dish (where I was explicitly told not to bring anything) each making one of my favorite Ramadan foods–chops, haleem, and biryani.

But when they brought out the cake and the congratulatory banner, I was truly moved.

Until that moment, I hadn’t realized anyone else found the occasion momentous, and it was touching to see how much they cared. They helped me honor the decision I made 10 years ago, and the mostly uphill climb since to become a better Muslim. After cake and pictures and even gifts, I thought that was the end of it.

At the time I was preparing to move again, to another state. My husband and I scheduled moving day just a week after Eid. It gave us ample opportunity to say farewells during all the festivities, though I was especially sad to leave behind all my cherished friends.

Since embracing Islam, one of the beautiful blessings I’ve witnessed in my life has been the blooming friendships with other Muslim ladies. According to a hadith of the Prophet Muhammad (peace be upon him):

A person is likely to follow the faith of his friend, so look whom you befriend. (Abu Dawud and at-Tirmidhi) 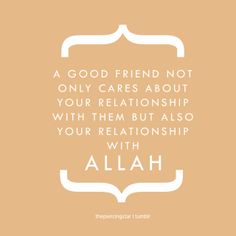 And I don’t doubt that the faith of those surrounding me helped when I was struggling. Learning to live as a Muslim has been (and still is) a difficult journey, and so is raising a child as a Muslim without experience or help from society–and in these ways most of all I have depended on my sisters in Islam for guidance and support. It was naturally heartbreaking to leave, which made their gift to me even more special.

So what was it?

Without even a hint to me, my dearest friends reached out to as many Muslimahs among my acquaintance as they could find to ask for submissions to an album they were making.

Each was to select a hadith or a verse in an image to be included along with a personal message to me. Included were messages from not just friends but also my husband and his sisters.

Each page was carefully arranged with elegant paper and backgrounds–a monumental effort given the number of pages. And even though so many people were consulted, none breathed even a word to me until I received the album at an Eid celebration, along with hugs from everyone at the party (nearly all of whom had submitted an entry.) It took days before I finished reading it, as each beautiful message touched my heart, and most brought me to tears.

Without a doubt, it was the most touching and meaningful gift I have ever received. I love looking through the pages and reading the hadiths and verses which were chosen. It’s a tremendous reminder that even though we traveled different paths to grow up in Islam or choose it, our religion is the same. Our love for Allah and His Messenger, our respect for our faith is the same.

Reading the letters they wrote me reminds me that we each have different struggles, at different times–and also different strengths. So we’re able to support each other in good times and in hard times. I learned so much from them, and was surprised to read that they learned from me, too; that in some small way, I was able to inspire them.

I feel particularly blessed to have made these friends because I know that converts often struggle making friends with other Muslims. There are national, cultural, and linguistic barriers that can sometimes prevent deep bonds from forming. But my friendships with my Muslim sisters are some of the most enriching and stabilizing threads in the tapestry of my life in Islam.

Looking back at the last 10 years, a few things have made a tremendous and lasting impact on my faith and overall well-being. At the top of the list are learning to read Arabic, and fostering friendships with other Muslimahs. 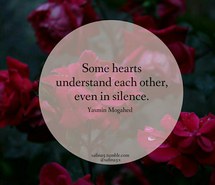 And while learning Arabic is often advised, I think that the importance of friendship might not be stressed enough. We are all affected by our friends, so better to surround ourselves with good friends, than bad ones.

“The example of a good companion and a bad companion is like that of the seller of musk, and the one who blows the blacksmith’s bellows.

So as for the seller of musk then either he will grant you some, or you buy some from him, or at least you enjoy a pleasant smell from him.

As for the one who blows the blacksmith’s bellows then either he will burn your clothes or you will get an offensive smell from him.” (Al-Bukhari and Muslim)

May Allah surround us with good friends who benefit us and whom we benefit also; and may He unite us with them in Jannah.