When you hear a new Muslim explain what brought him or her to Islam, the words “journey” or “voyage” are often repeated as the story unfolds.

The reason is because it actually feels like you’ve taken a trip somewhere and arrived at your final destination.

For myself, my journey to Islam began when I was a 19-year-old college student sitting in my dorm room contemplating the world I had just been thrust into. I had never been exposed to such vices as I witnessed that first week, such as alcoholism. Yet, here I was in a new world filled with young boys and girls engaging in such activities.

By that first Sunday away from home, I began a determined search to find God. Since my family was never particularly religious, I felt a calling to seek out God as perhaps a means of salvation from the sins being openly committed around me.

My journey to Islam began by visiting several churches near the campus and each time being dissatisfied with what was being promulgated. It steered me clear of countless harmful encounters and circumstances that could have ended my quest instantly. And it brought me to settle in a Muslim country even though I did not understand the deen, or religion, and I had no plans to convert to Islam.

A Student of Islam

The moment someone pronounces the Islamic declaration of faith, or Shahadah, they become Muslim. Most importantly, they become students of Islam and their journey to Islam really begins.

They cannot simply declare that they are Muslim without practicing the religion. And they cannot fulfill the rites of Islam, which is the total submission to the will of Allah Almighty, without empowering one’s self with Islamic knowledge.

It’s important to realize that not everyone is at the same level of Islam. Some new Muslims may have studied the Islamic faith extensively before taking the Shahadah. Others may have had only a basic grasp of Islamic knowledge, but took the Shahadah any way since it should never be delayed.

Regardless of your level of Islam, it’s important to arm yourself with Islamic knowledge at the beginning of your conversion so you can fulfill your Islamic obligations correctly and in a timely fashion.

After my own conversion to Islam, I struggled for months to acquire Islamic knowledge since there was a lack of English reading materials available in Kuwait. I relied exclusively upon what my husband taught me and it took me quite a long time to learn the religion.

Today, there are so many different ways to learn about Islam. One of the fastest and easiest to use is the Internet. When I converted, I was not even “online” until a few years after the inception of the worldwide web. I was busy adapting to a new culture and new roles as a Muslim, wife and mother. So I turned to the two best Islamic sources of knowledge, the Holy Quran and Sunnah of Muhammad (peace and blessings be upon him).

I was fortunate that I was finally able to acquire a translation of the Holy Quran and a small book of hadith in English. I spent every spare moment absorbing the words of the Quran and attempting to memorize some of the hadith in Arabic.

By the time I began to use the Internet I felt that my Islamic knowledge was rock solid. It wasn’t, and I learned it the hard way.

I began searching for articles about Islam using Google. I expected all the results to return perfectly halal and correct Islamic knowledge. However, the results I got back were a mixture of halal information, and pure hatred coming from the enemies of Islam. 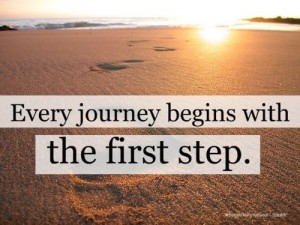 As a new Muslim, I was not prepared for the onslaught and was at risk of falling into a deviant sect of Islam because I was not as secure in my Islamic knowledge as I once believed.

Fortunately, I met a Muslim sister online and she emailed me exhaustively. She was my teacher, mentor and friend. This kind sister taught me how to pray correctly via email and even emailed me scanned pages of the prayer book she used more than twenty years prior when learning to pray.

As a new Muslim, you must realize that the Internet is both a blessing and a curse. When seeking Islamic knowledge, ask a Muslim friend or even the Imam to verify that your findings are halal and adhere to the Quran and Sunnah. You can even ask for recommendations on which Islamic books or other publications you can read to further enhance your faith.

As a new convert to Islam, you will face a lot of changes both spiritually and physically. One of the most difficult changes may be with your relationships. Since Islam is often portrayed in a negative light in the media, you might find that those nearest to you cut off contact with you entirely. Others may avoid you as if you have contracted a newly discovered disease.

You might even seek to conceal your Islam from others for fear of what they might think, say or do. But really, what power does any man have in light of Allah’s Might? Embrace your new state of Islam wholeheartedly even if it means losing old relationships. You’ve got countless opportunities to form new relationships with members of the Ummah and ones that are more substantial.

As a new Muslim I chose not to tell my family about my conversion to Islam for a number of months. I did not really care what they thought about it, but I knew they would have some horrendous things to say about my new religion and I did not want to hear them.

When I finally did tell my family members, I felt like a huge weight had been lifted from my shoulders. Their reaction was negative to say the least, as I morphed into the family’s “black sheep” overnight. It felt terrible. But my life as a Muslim sustained me. Interestingly, my faith grew even stronger than I could have imagined and remains unwavering today.

It’s very easy to become discouraged. The first year as a Muslim will often be the hardest as you learn as many aspects of the religion as you can. You also will have to deal with your own personal reality in light of your conversion to Islam in the form of changing relationships and how others perceive you.

There is no need to leap into your newfound faith. Take baby steps and pace yourself as you grow into a full-fledged Muslim. Before you know it, you might grow into a teacher that guides others along their Islamic journey.