Islam does not require humans to be angels on earth, living sinlessly. Instead, it expects them to be genuine and perform their best
aaa

It was once white until man touched it, turning it black. The black stone changed color due to the sins of man. Every son of Adam comes into this world unlearned and thus, free of sin.

And Allah has extracted you from the wombs of your mothers not knowing a thing, and He made for you hearing and vision and intellect that perhaps you would be grateful. (Quran 16:78)

Born with free will, humans will naturally make mistakes and fall into sin. Each person, in essence, becomes a sinner:

Every son of Adam is a sinner, but the best of sinners are those who repent often. (At-Tirmidhi- Hasan)

Islam does not require humans to be angels on earth, living sinlessly. Instead, it expects them to be genuine and perform their best:

And if We willed, We could have made [instead] of you angels succeeding [one another] on the earth. (Quran 43:60)

Islam does, however, place great emphasis on avoiding sins because they are harmful by their nature, even if they may be tempting. Sins are prohibited for good reason. Slander, stealing, murder, adultery, etc., violate the protection of either life, liberty, lineage, or honor.

Sins also cause negative impacts on a person’s life, impeding their success. Here is a short list of these impacts:

1.The Earth is Affected

The land and sea suffer from corruption because of sins. Allah said:

Corruption has appeared throughout the land and sea by [reason of] what the hands of people have earned so He may let them taste part of [the consequence of] what they have done that perhaps they will return [to righteousness]. (Quran 30:41)

When a righteous person has passed away, the heavens and earth grieve at their loss but does not do so for an unrighteous person. Take, for example, Pharoah and his followers, Allah said:

And the heaven and earth wept not for them, nor were they reprieved. (Quran 44:29)

The relationship between a husband and wife or two loved ones can be destroyed simply by the performance of a sin. The Prophet Muhammad said:

By the One in whose Hand is the soul of Muhammad, two people do not love one another and then get separated except by a sin performed by one of them. (Ahmad- Sahih)

Sins don’t show up great on the balance sheet either. They deprive the actor of revenue and profit. Ships, a sign of wealth on their own, also serve as a means for acquiring additional wealth through trade. This source of revenue can come under destruction simply because of sin.

Allah linked the destruction of ships to the performance of sins, “what they earned”:

And whatever strikes you of disaster – it is for what your hands have earned, but He pardons much… And of His signs are the ships in the sea, like mountains. If He willed, He could still the wind, and they would remain motionless on its surface. Indeed in that are signs for everyone patient and grateful. Or He could destroy them for what they earned, but He pardons much. (Quran 42:30, 32-34)

Emphasizing the danger of sins towards provisions, the Prophet Muhammad said:

A person is certainly deprived of provisions because of a sin that afflicted them. (Ibn Majah- Hasan)

At many times favors and blessings are benevolently granted by Allah. They are not taken away until man sins, by changing what is within themselves, showing ingratitude. Allah said:

That is because Allah would not change a favor which He had bestowed upon a people until they change what is within themselves. And indeed, Allah is Hearing and Knowing. (Quran 8:53)

If sin brings about destruction and loss, what then should be a believer’s plan against sin? 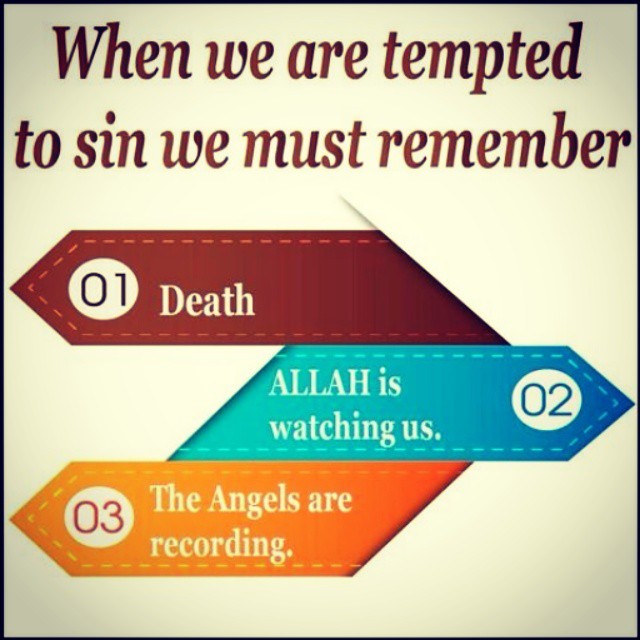 Being successful against sins means knowing what they are, the major sins and minor ones. In fact, good deeds can only be done properly if sins and their nature are understood.

“If one does not know about the conditions before Islam (jahiliyah), they don’t know Islam.”

Hudhayfah ibn al-Yamman used to ask the Prophet about evil and said:

“The people used to ask the Messenger of Allah about the good but I would ask him about the evil, fearing it would afflict me.” (Al-Bukhari)

Islam has mandated that sins be avoided. The Prophet Muhammad said:

If I prohibit something, avoid it. (Muslim)

To ensure sins are avoided, Islam adds another layer of protection by prohibiting nearness to sin:

And do not go near to unlawful sexual intercourse. Indeed, it is ever an immorality and is evil as a way. (Quran 17:32)

Satan often traps a man with two emotions: self-amazement and despair. A righteous person can become self-amazed by his good deeds, lacking humility and gratitude to Allah. The self-amazement causes his actions to be rejected because they lack sincerity.

The other trap for the sinner is despair. Satan makes the sinner think that the sin is so great that they will never be forgiven. Utter despair. Ibn Mas’ud said:

“Destruction is in two: self-amazement and despair.”

No matter what the sin, the doors of forgiveness are open. Allah invites sinners to wipe away their sins and turn a new leaf by saying:

As for the verse that states: “Surely, Allah does not forgive that partners be set up with Him (shirk)”, then that is in reference to the hereafter. As long as the death rattle doesn’t begin even shirk is forgivable in this life. Allah’s message to his servants who have sinned is:

Say, “O My servants who have transgressed against themselves [by sinning], do not despair of the mercy of Allah. Indeed, Allah forgives all sins. Indeed, it is He who is the Forgiving, the Merciful. (Quran 39:53)

“Allah does not inspire one to seek forgiveness while wanting to punish him.” 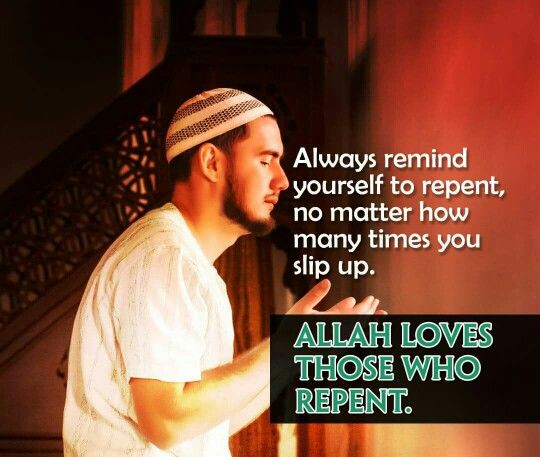 The last step is to constantly seek forgiveness for all past sins. True remorse would require one to keep asking Allah for His forgiveness and mercy. Al-Hasan said:

“A person commits a sin, but doesn’t forget it. He continues to be fearful about it until he enters paradise.”

It’s important to differentiate between being fearful of the consequences of sin, which is healthy, versus despair, which is believing that a person can not be forgiven.

By Allah, Surely, I seek Allah’s forgiveness and repent to Him more than seventy times in a day. (Sahih al-Jami’)