The authority of society and the pressure that its “group mind” can exert are obstructions to clear thinking.
aaa

There are a number of obstructions that inhibit our ability to think. They keep us from correcting our misunderstandings and constitute the most important obstacles to our proper understanding of the Quran and the teachings of Islam. They keep us from properly appreciating and participating in the world around us. They hamper of scientific, technological, and cultural progress.

One of the fiercest obstructions to lucid thinking is that of blind following. The great jurist Ibn `Abd al-Barr claimed it to be a matter of juristic consensus (ijma`) that a blind-follower cannot be considered a scholar. He was referring to the blind following of other jurists within the narrow field of Islamic Jurisprudence.

As for the blind following of others in the broadest aspects of thought, life, and of faith, this was the chief reason why the pagans in Mecca refused to accept Islam. Allah says:

When it is said to them: ‘Follow what Allah has revealed’ They say: ‘Nay! We shall follow the ways we found our fathers upon.’ What! Even though their fathers were devoid of wisdom and were not guided? (2: 170)

The uncritical acceptance of what is received from one’s forefathers or from others is tantamount to shutting down one’s rational faculties altogether. It is an animalistic approach that prevents any hope of guidance, reform, or development.

The authority of society and the pressure that its “group mind” can exert are obstructions to clear thinking. This is why Allah had His Messenger (peace be upon him) command the pagans of Mecca to extricate themselves from this pressure so they could think honestly about the Message being given to them. Allah says:

Say (unto them, O Muhammad): I exhort you unto one thing only: that you arise, for Allah’s sake, by twos and singly, and then reflect: There is no madness in your companion. He is naught else than a warner unto you in the face of a terrible punishment. (34: 46)

This is because when people are alone or in pairs, they are more likely to be honest to themselves and further removed from the pretenses that they are conscious to uphold in public, which act as a barrier to their seeing people and things for what they really are.

Allah speaks about this in the Quran when He says:

And they say: Our hearts are under coverings from that to which you (O Muhammad) call us, and there is a heaviness in our ears, and a veil hangs between us and you, so work, we too are working. (41: 5)

Society can hinder the recognition and acknowledgement of truth. It can prevent people from being genuine in their actions. It is essential for clear thinking to get beyond its influence and not to pay heed to its pressures. A person cannot think clearly and objectively search for the truth while feeling embarrassed, under pressure to equivocate, and in fear of public opinion. 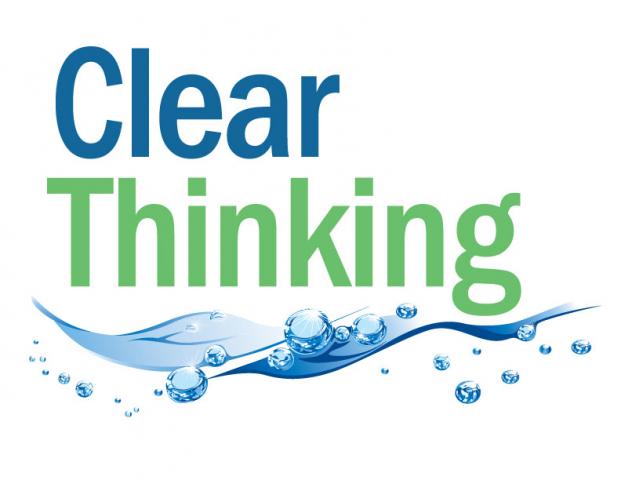 For this reason, some Western thinkers have observed:

“Society can become a fierce idol that obstructs thought and reason.”

One researcher has observed that the strength and severity of religious conviction is directly related to weakness in thought. Here, what is being referred to is religiousness in general, inclusive of those innovated religious practices of people’s manufacture that are not from Allah and His Messenger (peace be upon him).

Allah has made these extraneous religious obligations and innovations equal to a rejection of His signs, and likewise a means of hindering people from His path. Allah says:

Who does more wrong than he who invents a lie against Allah or rejects His signs? (6: 21)

Superstition inhibits rational and logical thinking, attaching the mind instead to mysticism, magic, and trickery. A person who is steeped in such thinking pins his hopes on miracles. Islam, by contrast, guides people to focus on the norms and natural laws that Allah has established for Creation.

Thinking is a mental activity requiring the use of reason to organize one’s thought processes. Superstition puts and end to all that. Mental activity ceases to be more than pinning ready-made conclusions upon things. This is what a magician exploits who claims to have arcane knowledge of the unseen and of the hidden aspects of things. Such a magician limits himself to the exploitation weak-minded.

The attitude that everything has to be unequivocal, absolutely certain, and cut-and-dry – not allowing for any gray area or middle ground – is a serious obstruction to clear thinking. It forces the mind to take an all-or-nothing stance. Even in emotional matters, this attitude requires that you either love something totally or despise it altogether.

Absolutist thinking makes it impossible for a person to reconsider his stance or correct his understanding of things. It makes dialogue out of the question, since the person with this attitude recites his statements instead of discussing them.

One of the most insightful thins said in this regard was a statement made by the great jurist al-Shafi`i. His words can justly be taken as a general principle for how we should think. He said:

Al-Shafi`i states that he considers his own opinion to be correct, because it is what he arrived at after considerable research, hard work, and contemplation. He leaves the possibility open that he may be wrong. Therefore, he is able to revise his thinking and discuss his opinion with others. He is open to criticism and suggestions from others.

Whether a person reacts blindly to what happens around him or is under the influence of factors like anger and hatred that make him excitable or irritable, his thinking will be unclear.

This is why the Prophet said:

A judge should not issue a verdict when he is angry.

Anger is merely one manifestation of the excitability that clouds a person’s thinking. This is why Islamic jurists have applied the Prophet’s ruling to other circumstances, like hunger or the need to go to the bathroom.

A Muslim should be wary of all of these obstructions to sound thinking, especially since the Quran warns us about them:

May Allah protect our minds from being closed by such obstructions.