Appreciation and patience are the two greatest assets in life which a Muslim ignores at his or her peril.
aaa

Muslims today face numerous challenges from within and from without which threaten their survival as a dynamic community.

These challenges can be categorized as spiritual, moral, intellectual, social and political.

However, none of these challenges, in my view, compare to the breakdown of family life.

I have come to this conclusion based on my own experience, having served as an imam for over three decades. For much of these years, I have been performing marriages and dealing with family problems. This issue deserves serious attention from leaders, scholars, and everyone else for that matter. I would like to tackle this issue through a series of articles, beginning with marriage.

Marriage in North America is in an extremely sorry state. One social scientist conducted a study which found that marriage is increasingly falling out of favor as more and more people seek sexual fulfillment through other means, which are easily accessible and involve fewer hurdles. This is indeed a frightening proposition, and it sounds the death knell for the future of humanity.

No one can deny the fact that marriage as an institution is facing an uphill battle to survive; one doesn’t need to be a social scientist to recognize this fact. The number of people who are willing to tie the knot is small when compared to those who are content to fool around. Far worse yet is the sad reality that of the marriages, which do take place, the percentage that survive is small.

Muslims seem to think that, as a community, they are safe from this disaster since Islam places so much emphasis on family. It is true that traditionally, Muslim communities had a reputation for maintaining strong family bonds. I happened to come across the testimony of a leading intellectual stating that this was one of the key factors that attracted him to Islam.

However, in North America at least, this is presently a myth, which only those who live in an ivory tower would dare boast about – the truth of the matter is that marriage is simply not taking place as it used to. There is no accurate estimate of the number of Muslim youth; some say it is at least one-third of the entire Muslim population.

The increasing numbers of youth attending high-profile conferences such as ‘Reviving the Islamic Spirit’ seem to corroborate this. It is gratifying to know that many of them look forward to these conferences as an opportunity to connect with a potential marriage partner.

The organizers of such conferences deserve credit for providing such an opportunity.

In spite of these opportunities, marriages are simply not taking place as we might expect; we should then ask, why not?

Threats to marriage stem from a number of sources, including over-emphasis on wealth, ethnicity, family status, physical appearance, professions, etc. These causes can be subsumed under the absence of a proper Islamic mindset. Stated differently, they arise due to a lack of an understanding of priorities in life, which stems from a lack of moral and spiritual values.

The primary hurdle towards marriage which prevents people from getting married (and has an adverse effect on the survival of marriages) is the individualism which has crept into the minds of Muslims, young and old.

Since marriage is all about altruism and willingness to sacrifice for the sake of each other, it cannot thrive in a narcissistic milieu where everyone is concerned only about his or her own welfare or interests. 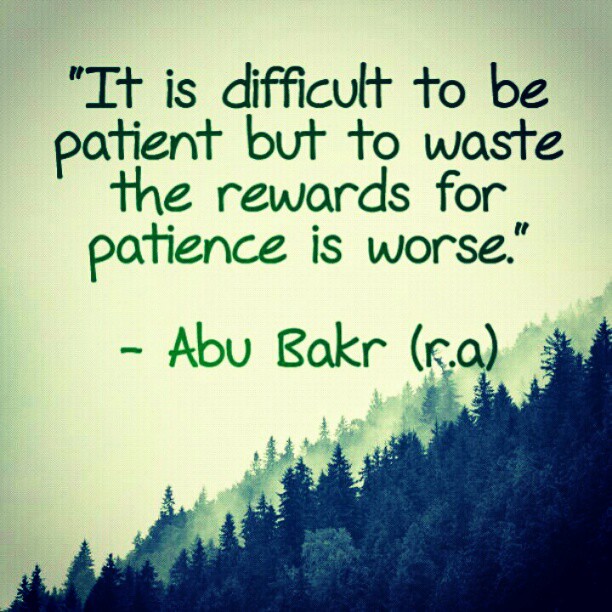 Individualism puts a damper on marriage; so it is no surprise that more and more people are disinclined to consider marriage seriously. Individualism on the part of parents is equally to blame for the decline in marriages: this happens when they are overly concerned about their fame and reputation rather than the welfare of the family.

Individualism is also responsible for breaking family ties after marriage. This happens when couples think only in terms of their own life together as husband and wife, and cut off relations with their kith and kin. Some newlyweds think of married life in terms of ‘me and my husband’; some even refer to their parents euphemistically as ‘old furniture’ to be discarded when embarking on married life.

Components of a Successful Marriage

Closely tied to this is the lack of a true moral perspective on life; something which is best encapsulated in the terms shukr (appreciation) and sabr (patience). Both of these are quintessential traits of Islamic character; there is no possibility of salvation without them, and there is no way to maintain one’s spiritual health without them; consequently, marriage cannot thrive in their absence.

Shukr is the appreciation for the blessings of God, while sabr is practicing patience in the face of the many challenges and trials one may face in life. Shukr involves our willingness to accept the fact that no matter how much we are lacking, we have much to be thankful for; sabr is the understanding that every test or trial has two sides, and provides an opportunity for us to grow and mature as spiritual beings, thus helping to bring us closer to God.

In Islamic spiritual literature, we read the story told of an elderly couple who were reminiscing about their lives together. The wife said to her husband: “Even as we were together in this world, I hope we will be together in heaven because of our appreciation and patience. I was the most beautiful woman in the city and desired by many, yet I married you – in spite of the fact that you were not particularly attractive. Thus, it took a lot of patience on my part to marry you. And you have been very grateful to God for His blessing in decreeing that I would marry you!”

Appreciation and patience are the two greatest assets in life which a Muslim ignores at his or her peril. Some of our sages therefore, rightly refer to these as the two wings we must use to fly to God.

Likewise, marriage cannot survive unless both spouses practice appreciation and patience on a daily basis, for no matter how much we lack, we still have a great deal to be thankful for, and no matter how many challenges we face, we can still succeed if we look at our challenges as opportunities for spiritual growth.

Thus, we need to tackle these two diseases, namely individualism and lack of a strong moral compass, both of which are undermining the foundations of our community.

Since family is the backbone of society, without a healthy family, we cannot succeed in building a strong community.

Let us, therefore, save marriage for the future of our community.

Source: The Islamic Institute of Toronto – http://www.islam.ca
We use cookies on our website to give you the most relevant experience by remembering your preferences and repeat visits. By clicking “Accept”, you consent to the use of ALL the cookies.
Cookie settingsACCEPT
Manage consent