Alisha (name changed) is a young woman who has been married for just over a year.

Over the last few months she has had to suffer a few times in her life.

Due to various visa issues, she had been separated from her husband for what could be months, or even more than a year.

Moreover, since then she has been ill and had needed an operation. Her husband also got injured and she couldn’t be there with him.

She misses her husband, and the warmth of their companionship very dearly. Yes, they can talk through Skype every single day, but they both have busy lives, and can’t always make time.

When Alisha came to me for treatment, she was in an emotional wreck. She was an amazing person who loved Islam, loved her family and always had a smile on her face.

However, now, she was feeling terrible. She was depressed, and this made her feel terrible and not want to do anything.

She became anxious about whatever she did, as she saw herself as a failure, and this caused her to do nothing. When she did nothing, she kept overthinking about what had happened in the past few months, and she got depressed again. It was all a vicious cycle.

Through all of this, her prayers suffered, and she started self-blaming and self-criticizing. She kept saying that it is due to her sins that she has suffered so much, and would be very negative about herself. Her faith suffered, and this also turned into a vicious cycle. From being the loving, bubbly young woman, she shifted to become an irritable lady who hardly smiled. The change was drastic.

So, what was it that could be done?

There were many things that I discussed with her over this period of time, but in this article, I will discuss only three things that empowered her to be more self-confident and happier about herself. These are all part of the Positive Psychology that Islam helps create.

Allah has a plan and He has great things in store for you:

Your Lord has not left you nor does He hate. What is to come will be better than what has gone by. Your Lord will give you so much that you will be pleased. (Quran 93:3-5)

During times of low mood, or low self-esteem, one of the common features is that people of faith (any faith) can feel very guilty. They feel that they are punished, and that they are not deserving of Allah’s mercy any more. In the above three verses, Allah emphatically drives away all our worries.

1. He is still there

2. He has better things coming

3. He will make us pleased.

Knowing that the Lord of the Heavens and the earth has a plan for you, and is there to hold you as you go through this difficulty, was among the most comforting feeling for Alisha.

At first I needed to really try and make her believe that better things would be coming. A few weeks later, she would be telling me of the wonderful gifts that Allah had given her. She would tell me of the plans she had if she would go to Jannah. This understanding that Allah has something for her, helped her overcome the anxiety she had and made her outlook on life much more positive. 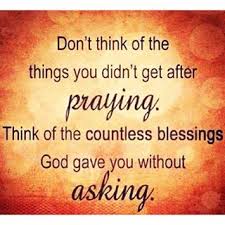 That is something we also see from the Seerah of the Prophet (peace and blessings be upon him). Even in the toughest of times, he kept smiling. When surrounded by enemy forces, he still kept telling his companions of the day that Allah would give them victory.

Among the things that happen during our times in depression is the magnification of our problems, minimization of anything good, and then later self-blaming ourselves for doing something like that. We also build up a method for overthinking all that happens to us and somehow force it to look bad.

Alisha had a similar problem. Everything shows that she would be doom and gloom.

She would be so negative sometimes that even a loving text from her husband would be interpreted wrongly. She would recount over and over again the problems she faced, why her husband was bad, the mistakes she made and so on and so forth. What we tried to do then was to look at our thoughts and look at them differently.

One of the many things we did was count blessings and say Alhamdulillah for them. So, I would ask her about once a week to tell me about 20-30 blessings of Allah that she had taken for granted. She would tell them to me, and at times it would be an almost immediate mood shift.

She would tell me of the many blessings that Allah had given her. In fact, one day she actually said, “I kept looking at the five things He didn’t give me, and forgot the five million that He did.”

Psychology today says that practicing gratefulness is one of the ways to be happier. Spiritually, there is more blessing than just happiness. Allah says:

Allah looks at your effort and knows how much you love Him.

There was a man during the time of the Prophet Muhammad (peace be upon him) who was a wonderful companion. He would joke a lot and have a lot of fun with the Prophet. The Prophet loved him too. However, he had a drinking problem.

Even after alcohol was forbidden, he would keep drinking, and be punished as well. One time, another person made a bad remark about him and his drinking problem. The Prophet (peace be upon him) rebuked him and said:

“He loves Allah and His Messenger.” (Al-Bukhari)

The Prophet saw that which we did not. He saw that the man was making an effort but was struggling. That is something we did with Alisha as well. Her sins were much smaller. But she kept falling back and struggled.

I asked her about what she feels about Allah and His Messenger. The replies were beautiful. She described beautifully about how much she loves Allah.

And, I told her that Allah looks at the heart and deeds, and not how far you have come. He looks at the struggle internally, He looks at the daily trouble that you go through. He sees, and He forgives. We are humans bound to fail. What matters is that we make the effort and we are sincere about it.

Alisha’s problems haven’t gone away. She still struggles with anxiety, but is doing much better with her depression. But best of all is that she has a better coping mechanism.  Now, even when she feels the urge to overthink, she tries to tell herself to stop.

She could not change what life throws at her, but she can change the way she looks at what is thrown at her.

Work is still underway, but in a very short period of time, Masha ‘Allah, she has come a long, long way. “Allah makes me feel better”- as she would say.

Disclaimer: This article does not claim that these methods would work with everyone. Each person is different. This article only aims to show that Islam is rooted in Positivity and Positive Psychology, and that a better understanding of Islam can help us apply the principles of Islam to help us through troublesome times and remain positive.