Planners, calendars, etc. All made to help us plan ahead for each day to come. However, almost every day we experience things that either slow down this schedule or even deter it at times.

Subhan Allah, this is literally happening to me right now while writing these very words! My space tab stopped working and me not being a computer geek exactly went like so what do I do now? Well, I looked it up and find all these complicated steps of how to fix it. I didn’t have a choice exactly so I just thought I’ll give it a shot and it worked Alhamdulillah.

Have you ever wondered why these things happen? Why can’t each day just pass by perfectly with no obstacles whatsoever? You imagine it, if that happened how will you learn anything new (I just learned to fix my computer). How will you truly appreciate the things you have if you never face any challenges?

Anwar and his family learned it the hard way. They were checking the market for a house and finally they had found ‘the one’ the bid fell elsewhere. “My wife had a hard time accepting that I must tell you! She constantly keeps reminding me of how attached she got to that house. However, it turned out the house had foundation problems!” Now, they were able to settle down for another house with no foundation problems and it has a much higher value in the market Masha’a Allah.

The contentment and gratitude that come with affliction are indeed very rewarding. Prophet Muhammad (peace be upon him) narrates:

Khadijah went through a very difficult pregnancy that culminated with a missed abortion. She had a very hard time accepting the death of her baby inside her. It was a very painful experience. Later, she came to terms with it. Gaining two valuable lessons; that of strengthening the notion of Tawheed and how only Allah decrees when things will happen.

Now Alhamdulillah she is expecting again. She felt that Allah chose a better timing for her baby as she had an older one that had started a challenging school and it would have been too hectic having the baby back then.

“No fatigue, nor disease, nor sorrow, nor sadness, nor hurt, nor distress befalls a Muslim, even if it were the prick he receives from a thorn, but that Allah expiates some of his sins for that.” (Al-Bukhari)

After we feel we have been blessed with patience in affliction, we should aspire to reach a higher level; which is that of gratitude. Gratitude that Allah wants us to be purified from our sins, gratitude that Allah gives us the promise of something better than that with which we were afflicted with. Only then will we reach a state of contentment and serenity. 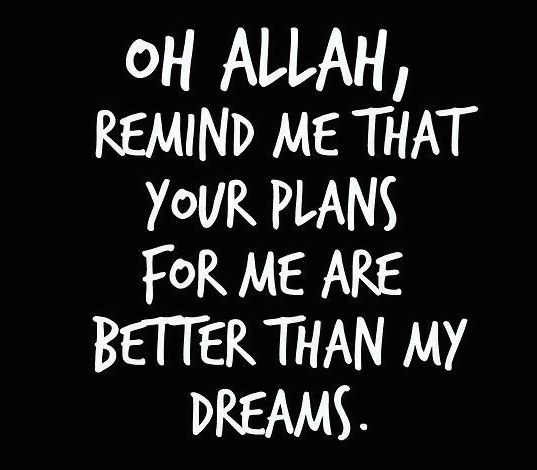 [In the] battle of ‘Uhud the Muslims were sorely tested. Abu Salamah came out of this wounded very badly. He appeared at first to respond well to treatment, but his wounds never healed completely and he remained bedridden.

He said to her [Umm Salamah]: “I heard the Messenger of God saying. Whenever a calamity afflicts anyone he should say, ‘Surely from Allah we are and to Him we shall certainly return.’ And he would pray, ‘O Lord, give me in return something good from it which only You Exalted and Mighty, can give.’ ”

Abu Salamah remained sick in bed for several days. One morning the Prophet (peace be upon him) came to see him. The visit was longer than usual. While the Prophet was still at his bedside, Abu Salamah passed away. With his blessed hands, the Prophet closed the eyes of his dead companion. He then raised his hands to the heavens and prayed:

“O Lord, grant forgiveness to Abu Salamah. Elevate him among those who are near to You. Take charge of his family at all times. Forgive us and him, O Lord of the Worlds. Widen his grave and make it light for him.”

Umm Salamah remembered the prayer her husband had quoted on his deathbed from the Prophet and began repeating it:

“O Lord, with you I leave this my plight for consideration … ”

But she could not bring herself to continue … “O Lord give me something good from it”, because she kept asking herself:

“Who could be better than Abu Salamah?”

But it did not take long before she completed the supplication.

The Muslims were greatly saddened by the plight of Umm Salamah. She became known as “Ayyin al-Arab” – the one who had lost her husband. She had no one in Madinah of her own except her small children, like a hen without feathers.

Both the Muhajirun and Ansar felt they had a duty to Umm Salamah. When she had completed the Iddah, Abu Bakr proposed marriage to her but she refused. Then ‘Umar asked to marry her but she also declined the proposal. The Prophet then approached her and she replied:

They were married and so it was that Allah answered the prayer of Umm Salamah and gave her better than Abu Salamah. From that day on Hind al-Makhzumiyyah was no longer the mother of Salamah alone but became the mother of all believers, Umm al-Muminin.