“I am amazed at the one who has been afflicted with fear, and he does not flee to the Words of Allah:

Sufficient for us is Allah, and [He is] the best Disposer of affairs’

And I am amazed at the person who is afflicted with sadness, and he does not flee to the Words of Allah:

There is no deity except You; exalted are You. Indeed, I have been of the wrongdoers.

So We responded to him and saved him from the distress. And thus do We save the believers. (21:87-88)

And I am amazed at the person who is afflicted with betrayal and deception by people, and he does not flee to the Words of Allah:

I entrust my affair to Allah. Indeed, Allah is Seeing of [His] servants

So Allah protected him from the evils they plotted, and the people of Pharaoh were enveloped by the worst of punishment.’ (40:44-45)

And I am amazed at the person who is afflicted with sickness, and he does not flee to the Words of Allah:

Indeed, adversity has touched me, and you are the Most Merciful of the merciful.

So We responded to him and removed what afflicted him of adversity. And We gave him [back] his family and the like thereof with them as mercy from Us and a reminder for the worshipers [of Allah]. (21:83-84)

Let us ponder over these supplications, and what made them so wonderful.

Let us recite them ourselves in our times of grief, hardship or sadness so that like the people of old, we are given a miraculous outcome as well!

We start our journey with the Prophet Ayyub (peace be upon him). He was an affluent person with a lot going good in his life. Then suddenly he fell ill. It was a skin disease where he had pus coming out of his body and all the people started moving away from him. Moreover, after an accident he lost many of his children.

Narrations mention that after nearly 14 years of suffering, he finally made this du’a to Allah. All he said was

Indeed, adversity has touched me, and you are the Most Merciful of the merciful.

The two aspects of this du’a that are part of the etiquette of making the du’a are:

He tells Allah he has been touched by adversity, thereby expressing his helplessness about the situation.

He could have said, “Allah you tested me with adversity”, but rather said “adversity has touched me”, showing the respect to Allah that is part of our etiquette in du’a.

3- He asks for Allah’s Mercy

The second supplication we will look at is by the companions of the Prophet (peace be upon him) during the battle of Uhud. The companions had just suffered a bad defeat. The Quraysh were rallying for another round to finish off the Muslims.

Rumors were spreading that the Prophet himself had died. And in the midst of the Muslims, some hypocrites were saying that there are a lot of people against you, fear them! Yet, the Companions only had their faith increased, and in times of the greatest tribulation they said:

Sufficient for us is Allah, and He is the best Disposer of affairs.

When all means came to an end, they trusted their hearts on the Lord of the means. They knew where true help and true victory came from. Because Allah is the Best Caretaker of all affairs. He takes care of us while we do not recognize it.

Only during a time when we are in desperate need do we understand how much Allah really does take care of us. And Allah saved them, and delivered them. 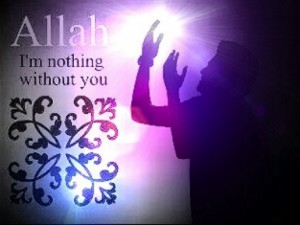 When the Prophet Ibrahim was thrown into the fire, he said the same supplication and Allah changed the laws of nature for him so that the fire didn’t burn him. When Aisha was slandered, she made the same du’a, and Allah revealed 20 verses of the Quran protesting her innocence. What can we learn from this du’a?

The people tried to put doubts in their hearts, but they trusted in Allah. They knew that no matter what happens, Allah will not let them down. One of the keys of having a du’a accepted is in completely trusting that Allah will deliver.