Every human being has a soul, a pure entity that seeks to be lit with the remembrance of Allah.
aaa

In the last article, we discussed the two essential things that allow us to see the truth – sight and light. The absence of either makes our faculties of seeing and understanding useless.

The light that helps us understand the truth and see with the ‘eyes’ of our souls is the remembrance of Allah. This can take many forms – the Quran, dhikr, dua and so on.

The sight or insight that allows us to utilize the light of remembrance of Allah and His guidance is present only within those people who have Taqwa.

Those who don’t possess that essential quality Have, as Allah describes, a veil or barrier over their eyes or the faculty of insight.

Now it’s time to ask ourselves some very important questions. Are we among those who are blessed with both sight and light, or do we lack either, or both? Is our vision alright, or are there defects in its capacity? Or are we blind without even realizing it?

Or are we deliberately staying in the dark despite having the ability to see? Do we keep ourselves away from light, from the remembrance of Allah, from the Quran?

The Verse of Light

There is a verse in the Quran known as ayat al-nur, which means ‘the verse of light’. It is as follows:

Allah is the Light of the heavens and the earth. The example of His light is like a niche within which is a lamp, the lamp is within glass, the glass as if it were a pearly [white] star lit from [the oil of] a blessed olive tree, neither of the east nor of the west, whose oil would almost glow even if untouched by fire. Light upon light. Allah guides to His light whom He wills. And Allah presents examples for the people, and Allah is Knowing of all things. (Quran 24:35)

To you and me, this ayah might seem like a really confusing puzzle, but to the Arabs of the time when the Quran was being revealed, it was probably clear as light. In order for us to understand it, we need some explanation.

And that’s what scholars of Islam throughout our history, Imam Ibn Al-Qayyim for example, have provided us with a clear explanation. I promise you, learning about his and other scholars’ explanation of this verse is going to be a wonderful experience, if you just try.

For now, I want you to form a scene on your mind. Picture an old-fashioned wall, a bare wall. A niche has been carved out of that wall, about the size of a small window. But it’s not a window, only a recess in the wall. 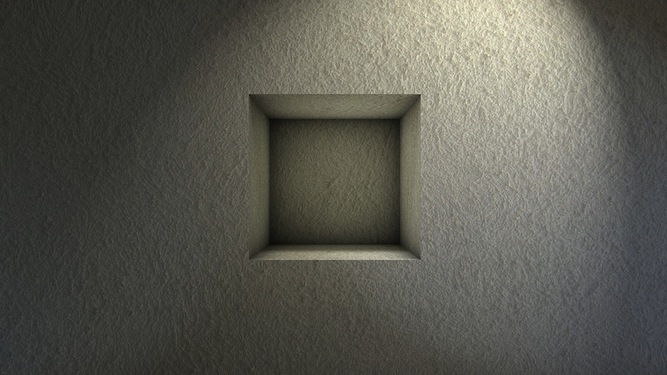 There is an oil lamp kept on top of the sill of the niche. It’s not an ordinary lamp; it’s special for two reasons.

Firstly, it’s covered with a glass orb, made of the purest, most precious kind of glass or crystal you can imagine. It refracts the lamp’s light so brilliantly that it looks like a dazzling star.

Secondly, the oil that’s used as a fuel for this lamp is no ordinary oil. It comes from an olive tree that has been exposed to the perfect amount of sunlight all day long, every second of the day, throughout its life. This makes its oil so pure and high quality that it seems to almost emanate an inner blaze, as if it has some light of its own.

Try to bring all that together in your mind. A niche, a glass orb like a dazzling star, and blazing oil.

Now in your mind, strike a match and light that lamp. Light! So much light! imagine how far it will spread. How far will its rays hit?

That niche represents the human chest. The glass orb is the heart. The oil is something mysterious that is of Divine origin, the essence of our soul, which gives us the capacity of insight. 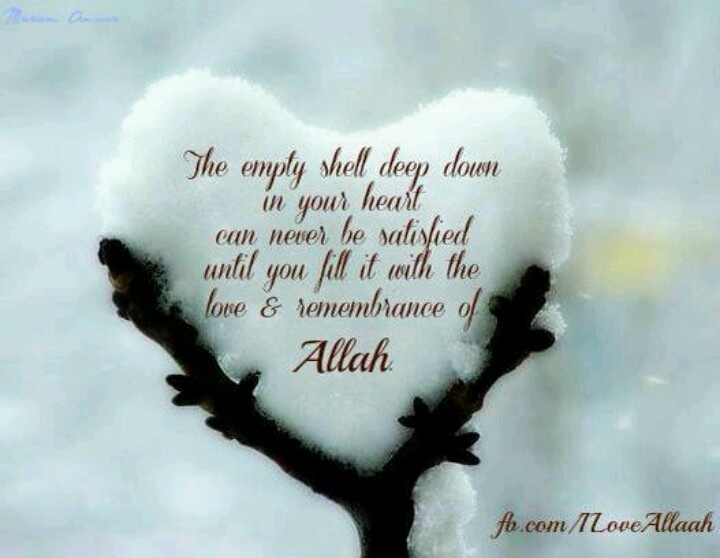 Every human being has a soul, a pure entity that seeks to be lit with the remembrance of Allah. When it receives that Divine light, it lights up, not just the chest of its possessor, but also other people around it. The stronger the combination of the light of inner purity and the outer light source, the greater its reach.

Now think what happens when the glass orb gets dirty. It blocks the light. The dirtier the glass is, the dimmer the lamp gets. If all of the glass orb gets covered with dirt, the niche is left in complete darkness. Although there still is light inside the glass, that light is of no use now.

When the believer commits sin, a black spot appears on his heart. If he repents and gives up that sin and seeks forgiveness, his heart will be polished. But if (the sin) increases, (the black spot) increases. That is the Ran that Allah mentions in His Book: ‘Nay! But on their hearts is the ran (covering of sins and evil deeds) which they used to earn.’ (83:14). (Ibn Majah V5 B37 #4244)

When someone’s heart is completely blackened, even though the soul is still there, it loses the capacity of insight. Guess what will happen if such a person is exposed to the Quran or any form of guidance or reminder?

And if you invite them to guidance, they do not hear; and you see them looking at you while they do not see. (7:198)

Can you imagine ending up in that state of no return? How will it feel to be left with a blackened heart and a blind soul?

Let’s have this example of the lamp be etched in our minds. Polish that glass orb regularly. Let the Quran and Allah’s remembrance light up that lamp, so that our chests become guiding lights for ourselves and the world around us.

“O you who have believed, repent to Allah with sincere repentance. Perhaps your Lord will remove from you your misdeeds and admit you into gardens beneath which rivers flow [on] the Day when Allah will not disgrace the Prophet and those who believed with him. Their light will proceed before them and on their right; they will say, ‘Our Lord, perfect for us our light and forgive us. Indeed, You are over all things competent.’” (66:8)