The secret behind the Prophet’s success as a leader, apart from the revelation he received from Allah, was that he led through love.
aaa

Love is the rain that quenches the soul’s thirst in desolate times where the strong devours the weak and those in power oppress the disenfranchised.

This is why love was the approach chosen by the best of humanity, whom Allah sent as a mercy to guide the people away from every form of oppression.

Prophet Muhammad was as Allah describes him in the Quran:

Now there has come to you a Messenger from among yourselves: it grieves him that you should fall into distress: ardently anxious is he over you: to the Believers he is compassionate, merciful. (9: 128)

The Prophet’s companions loved him.

Consider the case where the Prophet was straightening the ranks with his walking stick on the Day of Badr. He tapped Sawad ibn `Aziyyah on the stomach while doing so, and Sawad said:

“You have caused me pain, so give me redress.”

The Prophet let him take the stick and said:

“Messenger of Allah! While standing in the battle line, I began to think of the proximity of death, and it was my wish that I embrace you before it.”

Love for the Prophet is what motivated Sawad’s behavior.

Love is what made the woman from the tribe of Banu Dinar, when she was informed that her husband, brother, and two sons had died in the battle, ask about the Prophet’s state. When she was told he was well, she asked to see him. When she saw him, she declared:

“As long as you are alright, every calamity is a minor thing.”

Has any leader in history been loved the way the Prophet’s Companions loved him?

Muhammad (peace be upon him), both as a Prophet and as a man, loved the people deeply. This is because of the mercy that Allah had placed in his heart. He also loved the message that he was entrusted to convey, and he loved his homeland Makkah and his adopted country Madinah. And he loved the noble purpose of his life. He loved himself, and therefore made sure to avoid everything base ignoble.

Aisha wondered about the Prophet’s devotion in worship, asking:

“Why do you weary yourself so much when Allah has forgiven you for all your past and future sins?”

Shouldn’t I then be a grateful servant? (Al-Bukhari and Muslim)

The secret behind the Prophet’s success as a leader, apart from the revelation he received from Allah, was that he led through love. It was a love that overflowed his being and spread to the people around him.

The message he conveyed was one of compassion and leniency. Every reasonable person who heard it embraced it with full devotion. The Prophet’s message was one of mercy and guidance for everyone.

It is true that the Prophet possessed the full range of leadership qualities, including courage, wisdom, patience, fortitude, and industry. He was an example to follow in every aspect of life. 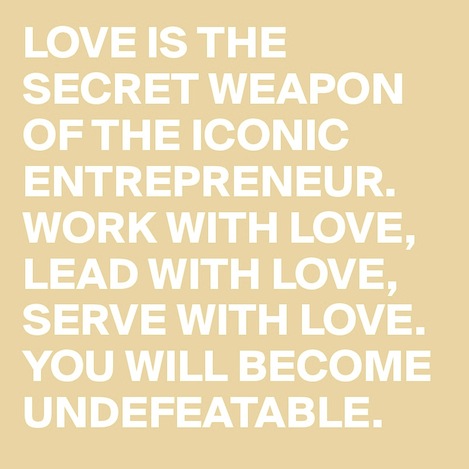 Leadership as a concept is often assumed to be a Western invention. Though that is clearly not the case, it is true that in the West leadership is the focus of intensive research and the topic of numerous academic studies.

It behooves us to study the ways in which Prophet Muhammad (peace be upon him) was a great leader, and the way his eminent companions took up the mantle of leadership after him.

If we turn our attention to the kind of leadership that exists in the Arab world today, we find that it follows the model of a military regime: follow orders and ask questions later. This approach may be suited for a military operation, but it is no way to run a country. Such an approach is doomed to fail.

Adair replied that Arab leaders today lead people through fear, when they should do what Prophet Muhammad did which was to win the people’s hearts.

He then added: “The leader of the people in today’s world is supposed to be their servant. Leadership in your (Arab) countries, however, is a question of inheritance and the acquisition of wealth and power.”

Prophet Muhammad (peace be upon him) is our example of how to lead others in every aspect of life that requires leadership. He said:

The best of leaders among you are those whom you love and who love you in return. They pray for you and you pray for them. (Muslim, 1855)

Source: Islam Today.
We use cookies on our website to give you the most relevant experience by remembering your preferences and repeat visits. By clicking “Accept”, you consent to the use of ALL the cookies.
Cookie settingsACCEPT
Manage consent