When Islam, as the case with any new religion or a new comprehensive ideology, was preached only a small number of people respond to it at the initial stage.

They are those who are endowed with the type of insight which helps them identify the evil in the life of their society and discern the benefits which the new religion is bound to give.

Also few are those who actively oppose the new religion, normally the people who fear for their vested interests as a result of the spread of the new faith. The majority of people remain neutral. They prefer to adopt an attitude of ‘wait and see’.

Before the advent of Islam, among all tribes in Arabia the Quraysh enjoyed the highest position of honor and authority.

When they saw the Quraysh actively taking a hostile position towards Islam and Prophet Muhammad, almost all the tribes either joined the Quraysh in their hostility to the new faith or remained neutral.

After returning from the expedition of Tabuk, the Prophet sent his closest companion, Abu Bakr, to lead the pilgrimage and his cousin, ‘Ali, to claim total and religious authority over Makkah so that no unbeliever was able to offer pilgrimage according to the old practices of ignorance.

The time had come for all Arabian tribes to realize that there was no longer any power in Arabia to challenge the authority of the Islamic state in Madinah with them now followers of the Prophet. Hence, it was only to be expected that the Arabian tribes should start to review their position.

Delegations followed one another to Madinah, either to inquire about the essential elements of the faith of Islam or to pledge their loyalty to the Prophet and declare their belief in God’s oneness and the message of Muhammad.

Many delegations of major Arab tribes are now reaching Madinah, some asking for power others for friendship with whole tribes declaring acceptance of Islam. One with a special significance was from Najran.

At the time of the Prophet, Najran and its surrounding area, in the south of Arabia, was a Christian valley. It had a Bishop called Abu Harithah ibn ‘Alqamah who was considered an authority on the Christian faith. He was in touch with Byzantine emperors who respected him, sent him financial aid and helped build a number of churches in the area.

In response to a letter sent by the Prophet inviting them to Islam they sent a delegation of 60 people to Madinah in order to get first-hand information about the Prophet.

When meeting with the Prophet he, after returning their greetings, spoke to them in his friendly manner. As their discussion with the Prophet in the mosque took quite a long time, it was time for their evening prayer as they prepared to pray, but some of the Prophet’s followers wanted to prevent them from doing so.

The Prophet ordered them to let them offer their normal prayer then the discussion would be resumed. They eventually asked the Prophet:

“What do you say about Jesus? Since we are Christians, we would love to know your opinion so that we may be able to tell our people.”

I have nothing to say about him today. You have to stay until I can tell you what will be said to me about Jesus (peace be upon him).

Next morning, the Prophet received fresh Quranic revelations which stated:

Jesus, in God’s view, is the same as Adam, whom He had created from dust and said to him: ‘Be’, and he was there.

This is the truth from your Lord. Be not, therefore, one of the doubters.

Should anyone argue with you about him after what has been given to you of true knowledge, say to them: let us call in our children and your children, our women and your women, and ourselves and yourselves. Let us then all pray God and ask that God’s curse overwhelm the liars. (3: 59-61)

When the Prophet told the Najran delegation the following day what information he had received about Jesus, they refused to accept it.

The Prophet then offered them the challenge which was outlined in the Quranic verses quoted above. It was a serious challenge. It meant for the Najran people that they risked being cursed by a Prophet and a Messenger of God. Such a prospect was not to be trifled with.

The following morning the Prophet met with them as Shurahbil offered to accept the Prophet’s judgment without question, giving him 24 hours to make it known to them, what meant that they wanted a peace treaty with the Prophet, and left it to him to specify the terms of that treaty, promising to accept those terms whatever they were. They relied on what they knew of his absolute fairness.

The following day they went to the Prophet as he caused the terms of the peace agreement to for them. The agreed provisions were as follows:

“In the name of God, the Merciful, the Beneficent.

This is what Muhammad, the Prophet and God’s Messenger, has written down for the people of Najran when he has the authority over all their fruits, gold, silver, crops and slaves.

He has benevolently left them all that in return for 2,000 hullas every year, 1,000 to be given in the month of Rajab and 1,000 in the month of Safar. Each hulla is equal to one ounce [a measure equal to 4 dirhams].

If anything is lost of the shields, horses or camels they loan to my messenger, it will remain owing by my messenger until it is given back. 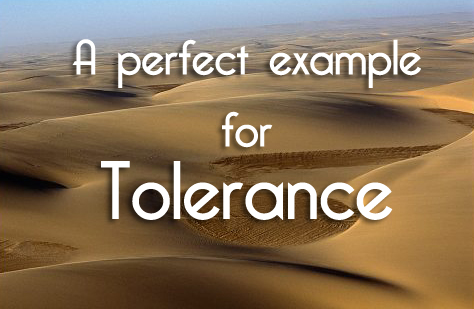 Najran has the protection of God and the pledges of Muhammad, the Prophet, to protect their lives, faith, land, property, those who are absent and those who are present, and their clan and allies.

They need not change anything of their past customs. No right of theirs or their religion shall be altered. No bishop, monk or church guard shall be removed from his position.

Whatever they have is theirs, no matter how big or small. They are not held in suspicion and they shall suffer no vengeance killing. They are not required to be mobilized and no army shall trespass on their land.

If any of them requests that any right of his should be given to him, justice shall be administered among them. He who takes usury on past loans is not under my protection. No person in Najran is answerable for an injustice committed by another.”

This article is excerpted from Adil Salahi’s book Muhammad: Man and Prophet, published by the Islamic Foundation. This summarized version is republished here with kind permission and with slight editorial changes.