If we all endeared ourselves to Allah, wishing to be His slaves and trying our best to follow his commands, we would have a vastly different society.
aaa

For the past two years, the celebrations of the birth of the last two Messengers of God on Earth seem to have come around the same time.

It is also important to look at the times when their messages were delivered and how that can help us relate their message to our current times.

Jesus (peace be upon him) was sent to a group of believers who have lost their way. Corruption was rife and religion was a tool used to control the people and make profits. The Rabbis of that time practically controlled society with an iron fist. Religion was used to keep themselves above the law while ensuring that everyone else had to turn to them for guidance.

In such a corrupt and bankrupt world, Allah sent Jesus as a Prophet with miracle after miracle. From his birth to his ascension to heaven, Jesus performed many miracles by the permission of God. However, it is not the miracles but what they signify that was important- the miracles pointed towards God. Multiple passages in the Quran narrate Jesus telling his people to “worship God, who is your Rabb and my Rabb.” This concept of Rabb is what set apart the messages of the Prophets from all other religions and ideologies.

Similarly, the Prophet Muhammad (peace be upon him) was sent to a morally bankrupt society. Corruption was rife. Women were considered subhuman and the poor and the needy were taken advantage of. People worshiped idols, and the owners of the idols and the temples made money of the people’s faithfulness to their false gods. It was at this time that while the world was burning, Allah sent the Prophet Muhammad (peace be upon him) to be the peacemaker, to be the Messenger, to be a mercy to the universe. His central message also revolved around taking Allah as a “Rabb” and forsaking all other deities.

What is it though about taking Allah as a “Rabb”? What does it entail that made their messages so unique and great that even today thousands of years later, their message is the one that we rush off to each day? 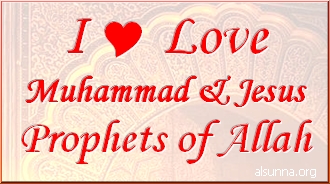 Among the many names of Allah in the Quran, “Rabb” is among the most common that is mentioned. It is mentioned at the start of most duas of the Quran as well. Rabb is a very comprehensive word that covers a lot of meanings and a lot of the actions of Allah.

Imam Ibn Kathir adds: “Ar-Rabb is the owner who has full authority over his property.”

The combination gives us one of the crucial aspects of our relationship with Allah- that we are tied to Him through a bond of being His abd (slave). As our Rabb, He is the One who owns us and who provides us with all that we have, all that we own, all that we desire and keeps blessing throughout our life. As part of the contract is that we are His slaves who try our best to obey Him and worship Him alone.

While initially this might sound a bit constrictive, this is actually a notion that suddenly frees us from all our other burdens. Now, it does not matter what people expect of us, as long we are doing that which pleases our Lord. We know that if there are needs that we have, we can ask our Lord for help. He will provide in a way that He decides best. Whenever we make a decision, work towards something and things do not work out our way, we still find solace in the fact that our Rabb who has given us so much surely has a better plan for us.

At a societal level as well, it brings changes. How can I hurt someone else, when I know that this will displease our Rabb? And when as a human we make that mistake, remembering our Rabb will humble us and make us apologize. We will think twice before sinning, and try our best not to sin. Whenever we do sin, we will rush to seek His forgiveness. Awareness of Allah as our Rabb cannot let one commit criminal activities either. If we all endeared ourselves to Allah, wishing to be His slaves and trying our best to follow his commands, we would have a vastly different society.

In a world that is increasingly becoming godless and insecure, it is this message of taking Allah as our Rabb that we need to turn back to. It is the same message that we should relay to our fellow human beings, both the oppressor and the oppressed. To the oppressed, it will be a great source of relief and ease knowing that their Rabb sees all, hears all and has plans for them. To the oppressor, it is a message that insha Allah will show them some sense and make them change their ways. If not, then perhaps the fear of a Lord who doesn’t forget might help change their ideals.

The message of taking Allah as our Rabb completely in our lives might initially seem a bit overwhelming but can be done in a step by step process. It is a message that we as Muslims need to remind ourselves every day as well, as it is easy to forget in the rush of day to day life. But the start can be very easy. It starts by taking ourselves to account every single day for the really small things.

Each day is a day full of decisions. At each decision we take in our lives, we should ask ourselves, “What would Allah want me to do?”