The way Prophet Muhammad dealt with his companions, acquaintances, enemies, animals and even inanimate objects left no doubt that he was ever mindful of God.
aaa

When a person accepts Islam, reconfirm their faith, they also affirm their belief in Muhammad as a Prophet of God; the final Prophet.

In addition to this over 1.5 billion people the world over believe and follow the teachings of Prophet Muhammad.

However many people embrace Islam without really knowing Prophet Muhammad (peace be upon him). Perhaps all they know is that he was born and lived in the Arabian Peninsula and received the literal word of God in the form of the Quran.

This article looks at the noble life of Prophet Muhammad with the aim to know him and love him a little more. We will achieve this by looking at the signs of Prophethood in his noble life.

In Arabic the word ‘nabi’ (Prophet) is derived from the word ‘naba,’ which means news. Thus we deduce that a prophet spreads the news of God and His message, they are in a sense God’s ambassadors on earth.

Their mission is to convey the message to worship One God. This includes, calling the people to God, explaining the message, bringing glad tidings or warnings and directing the affairs of the nation.

All the prophets were anxious to convey God’s message sincerely and completely and this included the last Prophet, Muhammad. During his final sermon, Prophet Muhammad (peace be upon him) asked the congregation three times whether he had delivered the message, and called on God to witness their answer, which was a resounding “yes!”.

As well as the essence of their call to One God, another accepted sign of the truth of the prophets is how they live their lives. The accounts of Prophet Muhammad’s life that we have inherited from our righteous predecessors illustrate that Muhammad’s Prophethood was guided by God from the very beginning.

Long before Prophethood, God prepared Muhammad (peace be upon him) to guide humankind to the straight path and his life experiences stood him in good stead for such a weighty mission.

Then at the age of 40 when Prophethood was bestowed upon him, God continued to support and affirm his mission. Any account of Muhammad’s life is filled with examples of his exemplary character. He was merciful, compassionate, truthful, brave, and generous, while striving solely for the rewards of the Hereafter.

The way Prophet Muhammad dealt with his companions, acquaintances, enemies, animals and even inanimate objects left no doubt that he was ever mindful of God.

Not all of the events are accepted by all of the biographers and historians of Islamic history thus although they indicate an extraordinary beginning and a life destined to be guided by God, they may be embellished or exaggerated.

Special but not unique circumstances surrounded childhood of Prophet Muhammad (peace be upon him) and these undoubtedly had a bearing on his character.

By the time he was eight years old he had suffered through the death of both his parents and his beloved grandfather Abdul Muttalib. His uncle, Abu Talib, was his great supporter.

Thus even as a young boy he had already suffered great emotional and physical upheaval. Both the many chroniclers of Muhammad’s life and the Quran acknowledge his disrupted life:

Abu Talib was poor and struggled to keep his family fed. Thus during his adolescence, Muhammad worked as a shepherd. From this occupation he learned to embrace solitude. He developed characteristics such as patience, cautiousness, care, leadership and an ability to sense danger. Shepherding was an occupation that all the prophets of God we know of had in common.

“Were you a shepherd?”

There was no prophet who was not a shepherd. (Sahih Al-Bukhari)

In his teens, Muhammad (peace be upon him) sometimes traveled with Abu Talib, accompanying caravans to trade centers. On at least one occasion, he traveled as far north as Syria. Older merchants recognized his character and nicknamed him Al-Amin, the one you can trust. Even in his youth they called him “the truthful, the trustworthy”.

One story that most Islamic scholars and historians accept is the account of one of Prophet Muhammad’s trips to Syria.

The story goes that the monk Bahira foretold the coming Prophethood and counseled Abu Talib to “guard his nephew carefully.”

According to biographer Ibn Ishaq, as the caravan in which Prophet Muhammad (peace be upon him) was traveling approached the edge of town, Bahira could see a cloud that appeared to be shading and following a young man.

When the caravan halted under the shadow of some trees, Bahira “looked at the cloud when it over-shadowed the tree, and its branches were bending and drooping over the apostle of God until he was in the shadow beneath it.”

After Bahira witnessed this, he observed Muhammad closely and asked him many questions concerning a number of Christian prophecies he had read and heard about. 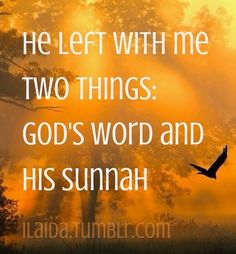 The young Muhammad was distinguished among his people for his modesty, virtuous behavior and graceful manners. Thus it was no surprise for his companions to see him shun superstitious practices or attending idolatrous festivals.

By the time he reached adulthood, Muhammad was the most reliable and trustworthy member of the Makkan community.

Even those who concerned themselves with petty tribal squabbles acknowledged Muhammad’s honesty and integrity.

From a young age, the Prophet Muhammad had a virtuous and a good moral character. And God continued to support and guide him. When he was 40 years old, Muhammad was given the means to change and benefit the whole of humanity.