Prophet Muhammad (peace be upon him) taught through his own personal example, how to handle the negative behavior of a wife: with patience, manly restraint, and the use of brief but firm words of reprimand, only when necessary.
aaa

Some weeks ago, I came across a joke being favorited and retweeted on Twitter. It went something like this:

Man: “My wife gives me the silent treatment.”

Sheikh: “So which of the favors of your Lord will you deny?”

I was able to relate to the funny aspect of it but couldn’t help feel somewhat sad at the fact that most of the people retweeting this joke were (apparently) practicing Muslims.

Jokes about marriage and the husband-wife relationship that highlight the sometimes burdensome and negative aspects of their union viz. the occasional nagging, chattering, whining, and complaining by a wife that drives her husband up the wall, are nothing new. I have been hearing jokes like these throughout life. Most of the time, I find them funny.

However, when they are phrased between a man and a “sheikh” – i.e. someone who is considered a religious authority figure and a source of Islamic knowledge who advises others – I don’t find it very funny.

This is because Prophet Muhammad (peace be upon him) taught through his own personal example, how to handle the negative behavior of a wife: with patience, manly restraint, and the use of brief but firm words of reprimand, only when necessary.

Timely and appropriately-worded but gentle reprimands to an emotional wife go a long way in maintaining the communication and cordiality in a marriage, preventing emotional distance and coldness from coming in between the couple, which is what happens when the husband either completely ignores his wife, or harshly scolds her, during one of her rants/mood swings.

How the Prophet Reprimanded His Wife Aisha

Since Aisha, daughter of Abu Bakr was the only wife of Prophet Muhammad who was a virgin and still a child when she entered into marriage with him, she was able to learn the most from him and go on to narrate hundreds of valuable hadiths that have contributed significantly towards the branches of Islamic jurisprudence, especially that related to marriage.

However, because of her young age and lack of life experience, Aisha sometimes did or said things that made her husband reprimand her. We all can learn from these incidents, because even though most husbands nowadays do not have child brides, they do have wives who sometimes behave in ways that they do not like.

When that happens, it is not uncommon to witness a variety of reactions from angry husbands: some remain silent and aloof, going off somewhere to avoid their wife until she cools down. Others explode in anger, shout at her, call her names, and finally tell her to keep quiet in a way that makes her cry and feel very hurt for days.

And yet others, particularly older husbands who have been married for decades, just practice ‘playing deaf’ to their wives’ tirades and rants, letting them even misbehave or talk unbecomingly, with them as well as others, in order to avoid shouldering the difficult responsibility of disciplining her even when it is necessary and in fact obligatory for them to do so in order to prevent her evil from adversely affecting others around her. 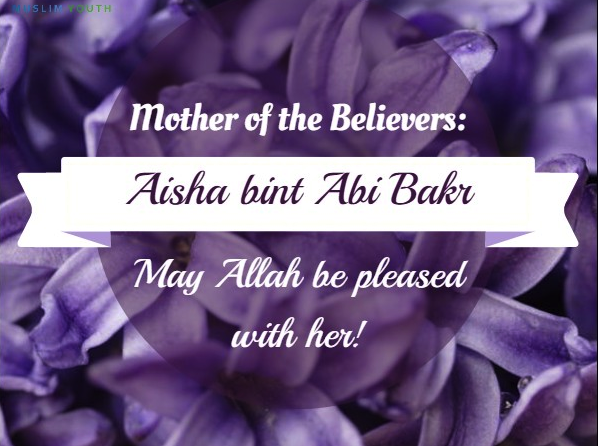 Below are a few incidents from the married life of Prophet Muhammad and Aisha that shed light on how a husband should reprimand his wife, making sure that he keeps a just balance – between angry outbursts that hurt her feelings, – and shying away from saying anything to her out of fear of confrontation or a desire to evade responsibility.

Commenting About a Co-wife

It is no secret that being co-wives of the same man is not easy.

It is also true that many naive Muslim men who have little experience of marriage desire to have multiple wives, only in order to enjoy the variety of female sexual companionship that it’ll bring them, but are seldom mature or prepared enough to deal with the tension and undercurrents of resentment that co-wives can feel towards each other.

Once Aisha indicated, in front of Prophet Muhammad, that her co-wife Safiyyah was short in stature. This is actually a very light comment, when compared to the kind of backbiting that goes on in many Muslim households when the mention of an in-law comes up.

Regardless, the Prophet immediately reprimanded her by the use of these wise words:

“You have said a word which would change the sea if it were mixed in it.” (Sunan Abu Dawud)

He neither stayed quiet to let the comment go, because the situation called for immediate rectification, nor did he rebuke her more harshly than was necessary.

He simply stated a fact in a way that would make her reconsider ever making such a comment again.

On hearing this instruction, Aisha voiced her opinion about the matter, stating that Abu Bakr was a ‘soft-hearted’ man who would weep during prayer. The Prophet once again repeated his order, ignoring her interjection, which implied that he had made up his mind about the matter, but she gave the same reply.

After the third or fourth similar reiteration between them, the Prophet reprimanded her with these brief words:

“You are (like) the female companions of Yusuf!” (Sahih Al-Bukhari)

Anyone who has read and pondered upon Surah Yusuf knows that the young Prophet Yusuf was subjected to a trial through Egypt’s high-society women. They were tenacious and unrelenting in what they wanted from him. Perhaps this tenacity and stubbornness is what the Prophet was hinting at when he used this example to reprimand his wife Aisha. And Allah knows best.

When some Jews came to the Prophet and wished death upon him by omitting one letter from the customary Islamic greeting, converting it from “As-Salaam” into “As-Saam”, the young, sharp-witted and intelligent Aisha immediately detected the tongue-twist and cursed them in return, in front of the Prophet.

He reprimanded her by asking her why she cursed them, when he merely did what was actually divinely ordained in that situation, and that was to just return their own greeting back upon them. (Sahih Al-Bukhari)

The Prophet’s use of short, meaningful words when correcting his young, emotionally-volatile wife in delicate situations, are indeed exemplary and enlightening for us today.

We all should learn from the Prophet’s example and emulate it whenever we have to correct, guide, or train the youth about how to deal with others in unfavorable situations according to Islamic teachings.