We live in disturbing times. Nowadays, the youth only care about themselves. They have no respect for their parents or for society. They cannot be told a single thing. And they believe themselves to be wise, when the truth is they cannot hold one thought in their heads.

And as for the women and girls, they are brash and forward and they dress as if they have no concept of morality.

That is a good description of what adults in the 21st century think of young people. However, it is nothing new. The youth have always drawn the ire of their elders.

In the 11th century CE Peter, the hermit, said something very similar:

“The world is passing through troublous (sic) times. The young people of today think of nothing but themselves. They have no reverence for parents or old age. They are impatient of all restraint. And they talk as if they knew everything, and what passes for wisdom with us is foolishness with them.

As for the girls, they are forward, immodest and unladylike in speech, behaviour and dress.”

Even further back in time Greek philosopher Socrates, (470- 399 BCE) complained about the youth saying:

“The children now love luxury. They have bad manners, contempt for authority; they show disrespect for elders and love chatter in place of exercise.”

Thus, it seems that our young people have not changed very much even over millennia. However the youth do have other qualities apart from their perceived disrespect.

They are hopeful, energetic, idealistic, ready to embrace change, and eager to leave their mark on the world.

They are not yet jaded or cynical and are usually able to see the good or bright side of things.

What Would the Prophet Do?

If Prophet Muhammad could converse with the youth today, what sort of advice would he give them? What would he tell their elders?

Of course, we have no real way of knowing, but we can make assumptions based on what we do know from the authentic traditions and narratives.

First and foremost, Prophet Muhammad treated the young people as if they had something to offer the community.

We also know that in the early days of Islam the majority of Prophet Muhammad’s followers were young people.

We know too that Prophet Muhammad gave many young people jobs their elders thought involved more responsibility than they were capable of handling.

He gave young people rights usually only accorded to older men and women, and oftentimes he gave them rights over their elders.

They were never pushed aside or made to feel either useless or unwanted. Instead they were given crucial responsibilities vital to spreading the message of Islam.

Because of this, the young Muslims were not ordinary young people; they were righteous leaders.

Prophet Muhammad was able to see the big picture and his goal was to generate a multitude of young people that were righteous, generous, and pious.

Sadly nowadays we tend to view young people as troublesome. We only want them to succeed at worldly endeavors and when they show pious or generous inclinations, we tell them to be quiet, get good grades, find a well payed job and get married.

Not terribly inspiring. Young people think they can change the world, and if given encouragement they will. 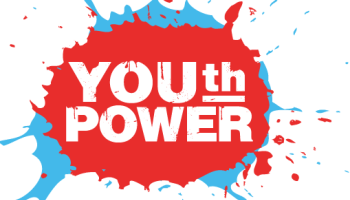 Prophet Muhammad would advise us to acknowledge and use the skills of young people to the best advantage.

The Young Companions of the Prophet

At the age of seventeen, Usamah ibn Zayd was chosen to lead the Muslim army. Under his command were men such as Abu Bakr and Omar ibn Al Khattab.

Muadh ibn Jabal was made Prophet Muhammad’s deputy at the conquest of Makkah. He spent a great deal of time in the Prophet’s company and became a great scholar and jurist. At the young age of twenty seven he was appointed the governor of Yemen.

Prophet Muhammad was able to see the best in young people and hoped for a brighter future for them.

He advised his followers never to kill the young people of the idolaters. And he held great hopes that these young people would accept Islam.

He would, no doubt, advise us today that youth is a golden period in any person’s life. It is a time when the young adult must choose a path. And with encouragement, they will choose a path of righteousness.

Armed with correct knowledge, the Muslim youth can work tirelessly for Islam because they have boundless energy and courage.

Prophet Muhammad emphasized the importance of this time in a person’s life and would, no doubt, advise us to support and encourage the youth.

He informed us that on the day of Judgment seven groups of people will find relief in shade provided by God, the second group is the youth who were raised worshiping God[1].

He also advised his followers, and by extension the youth of today, to make use of their time before it is too late, and failing health and old age overtake them[2].

The Prophet’s Empowerment of Women

Prophet Muhammad would almost certainly advise us to not forget about young women. Nowadays, they are often not encouraged to be ambitious and knowledgeable, but in the early days of Islam, they played vital and important roles.

Asma, the daughter of Abu Bakr, played one of the most daring roles in Prophet’s escape from Makkah.

And her sister, Prophet Muhammad’s wife Aisha, was a well-respected scholar and jurist by the age of twenty. 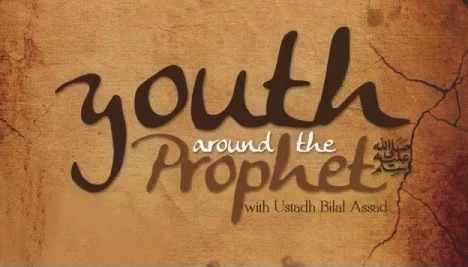 Ibn Abbas was a highly regarded authority on the Quran and its meanings and he was only thirteen years old when Prophet Muhammad died.

Yet, just a couple of years later, Omar ibn Al Khattab would consult him in the presence of older and more senior Muslims.

Amongst the army commanders who led Muslims into Iraq, Persia, Egypt, North Africa and Spain were several below the age of forty. And Muhammad Ibn Qasim conquered Sind, in India, when he was only seventeen.

Prophet Muhammad utilized the skills of the young people. He encouraged them and was content in their company.

Throughout the Quran, we find stories of young people standing up and making their mark upon the world. Many of them fighting fearlessly for the sake of God and others introducing change for the better.

When Prophet Abraham challenged the non-believers and destroyed their idols, he was probably in his twenties.

Scholars believe that prophet Yusuf was less than thirty years old when he was put in charge of the financial affairs of Egypt.

Prophet David was described as a young man when he slew Goliath and thus found himself on the path to Kingship and prophethood.

And the Quran tells us that Prophet John (the Baptist) was given wisdom when he was a young boy.

The advice Prophet Muhammad gave his companions is no less valuable for Muslims today. His way of treating the young people is relevant now.

We should be looking at ways to empower our youth and ways to embrace their eagerness and ideals.

Prophet Muhammad would almost certainly advise us to encourage our young people in all their righteous endeavors and to take their opinions and advice seriously.