In this Ramadan reminder, we’re going to speak about a beautiful hadith. The hadith of Abu Hurayrah that is narrated in Sahih Al-Bukhari and Muslim that the Prophet (peace be upon him) said that:

All the actions of the children of Adam are for them except for fasting it is for me and I alone will reward for it.

Why is the Reward Special?

This first part of the hadith tells us that fasting has something very, very special about it. And this is explained further in a narration of Imam Al-Bukhari in which it mentions that every good deed comes with ten like it up to seven hundred times except for fasting. Because nobody knows whether you are fasting except Allah.

You can say I’m fasting, but nobody knows that you haven’t snuck in the corner, drunk some water, or eaten something except Allah. It is between you and Allah alone and nobody knows except that.

Because of that extreme sincerity in this action, and because showing off is made distant and it’s not likely to happen because it’s something that is not known except by Allah. 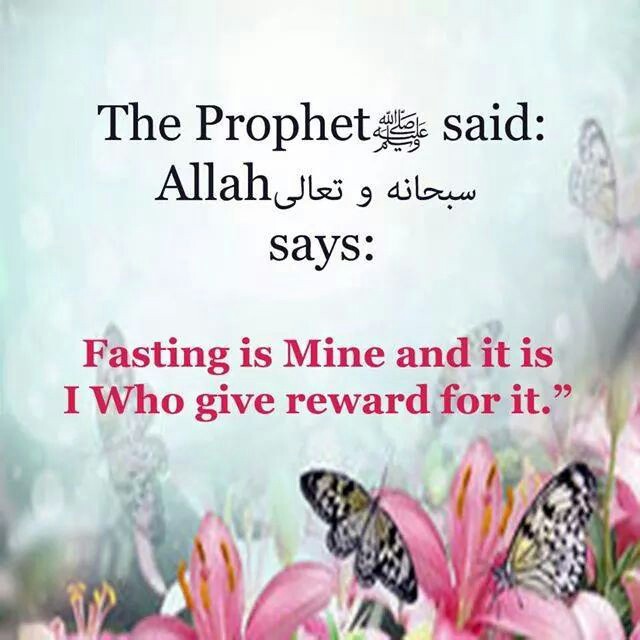 Then the reward for fasting is not under the same category as those other rewards.

For those other rewards, every good deed comes with ten, ten can be multiplied up to seven hundred, except for fasting.

And fasting is something that Allah has prepared a beautiful and special reward for.

What we should take from this short reminder is we should realize the virtue of fasting and we should have a good impression and a desire for reward from Allah, knowing that Allah is going to reward us for our fasting in a way that we aren’t rewarded for any other good deed.