Nasir-ol-Molk Mosque in Shiraz, Iran, has become a tourist attraction, thanks to its colorful natural lights that are formed by stained glass windows which pass sunlight in scenic geometric shapes, Mehr News reports.

This picturesque piece of Islamic architecture was built during the Qajar dynasty at the end of the 19th century. It was completed after 12 years of construction in 1888 under the order of the Qajar ruler Mirza Hasan Ali who is nicknamed ‘Nasir ol Molk’.

The brilliant designers of the building, Mohammad Hasan-e-Memar and Mohammad Reza Kashi-Saz-e-Shirazi, have luminously placed extensive colored glass in the mosque’s façade. They also displayed other traditional elements such as the Panj Kase aka ‘Five Concaved’ design.

Moreover, they used several considerable pink color tiles for its interior design which stands as one of the masterpieces of the Islamic World. 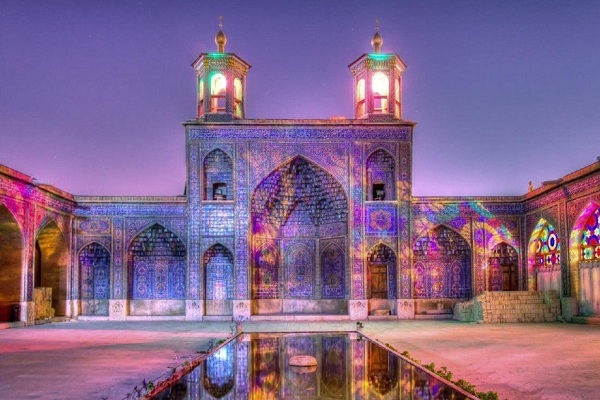 The mosque covers an area of 2,890 m2 decorated with Islamic traditional tiling and muqarnas; a form of ornamented vaulting in Islamic architecture.

It also has two shabestan; an underground space found in traditional architecture of mosques, houses, and schools in ancient Persia which were usually used during summers. 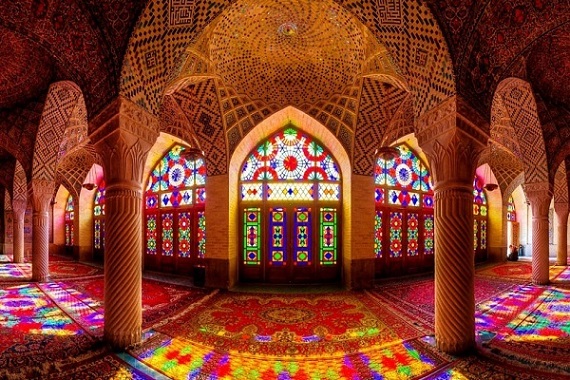 With dazzling stained glass, thousands of painted tiles on the ceiling and rugs covering the floor, this mosque is a gorgeous rainbow of color in every direction, like stepping into a kaleidoscope.

The courtyard has a rectangular pool in the center, surrounded by flowers. The building’s facade features dozens of Islamic arches, adding to the beauty of the light show from the stained glass. 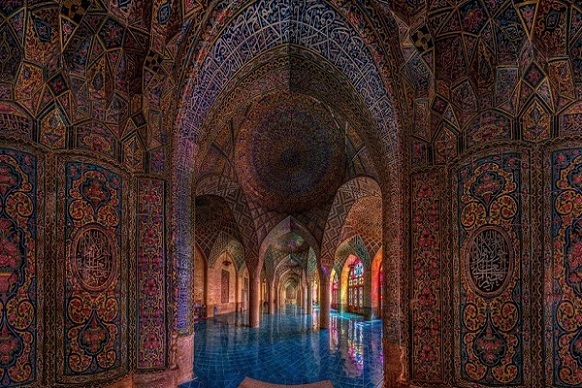 The dome-less mosque was recently lighted at night as well. Yet, the best time to visit it is early in the morning before 9 a.m. when the hall and the carpets are illuminated by direct sunlight with a kaleidoscope of patterned flecks of light.

Scientifically, a kaleidoscope is an optical instrument with two or more reflecting surfaces tilted to each other in an angle, so that one or more parts of objects on one end of the mirrors are seen as a regular symmetrical pattern when viewed from the other end, due to repeated reflection.

The reflectors are usually enclosed in a tube, often containing on one end a cell with loose, colored pieces of glass or other transparent and/or opaque materials to be reflected into the viewed pattern.

Rotating the cell causes motion of the materials, resulting in an ever-changing view being presented. 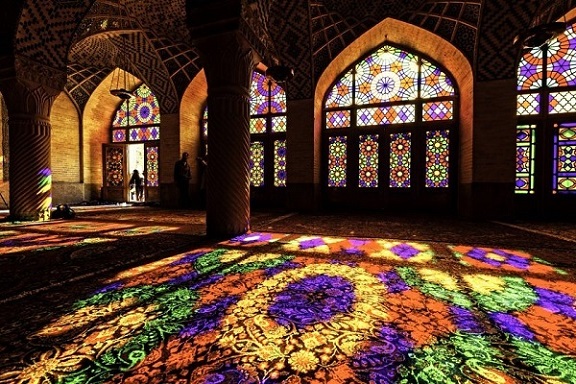 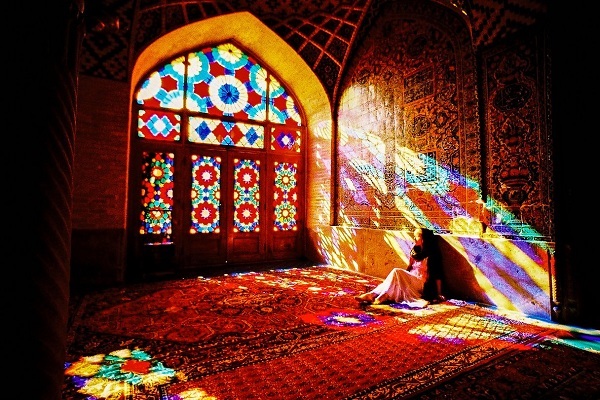 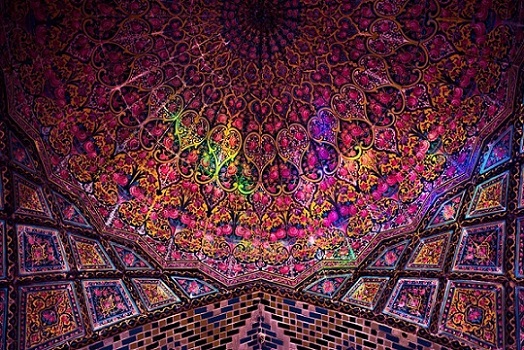 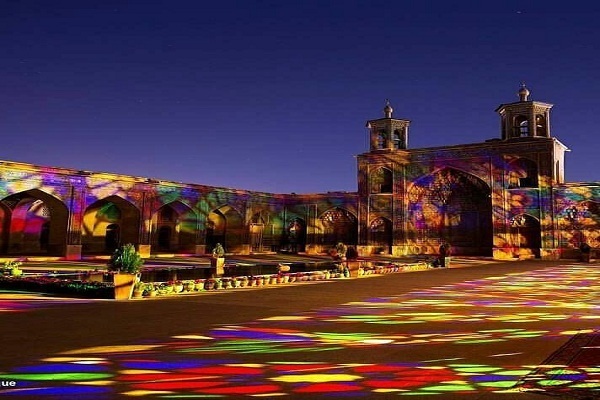 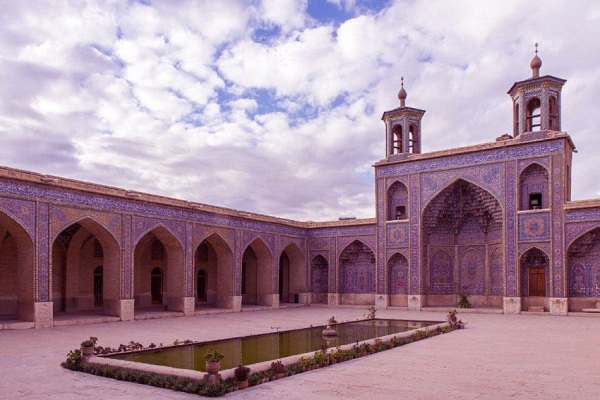