The Kiswa was lifted three meters off the ground and replaced with a white cloth, only for the Hajj season, to prevent damage.

In the previous years, the Kiswa was normally raised on the first day of Dhul Hijjah as an announcement of the advent of the rite and an indication of the beginning of the holy days. 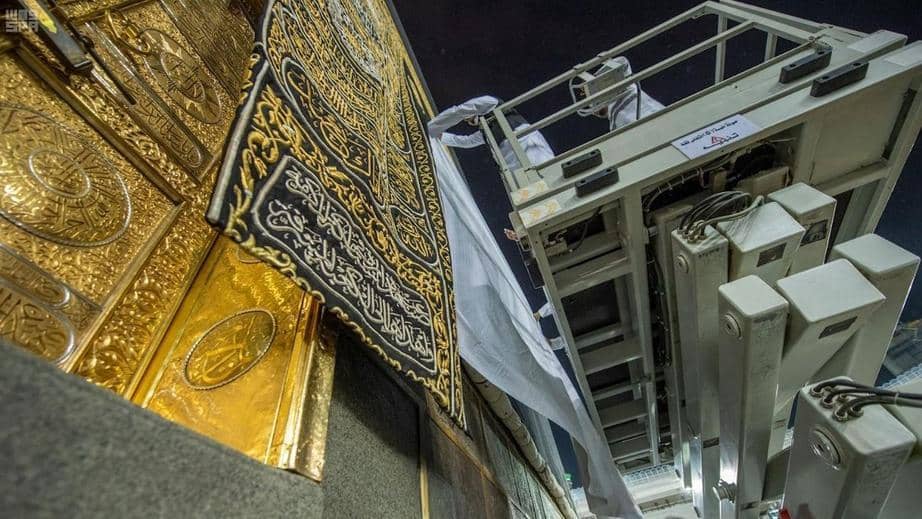 Al-Masouri stressed that some pilgrims’ attitude of cutting some parts of the kiswa or seeking blessings from it is based on wrong beliefs.

The task was carried out by a team of 50 specialists and technicians.

History Of The Kiswa

Why is the Kabah Covered in Black?