“Honestly, we the Muslim community are truly thankful to all the heartwarming people of Hong Kong who came to clean the gates of Kowloon Mosque today after the blue spray incident,” a statement posted on the Facebook page of the Muslim Council of Hong Kong read.

“[The incident] has undoubtedly stirred feelings among the Muslim and non-Muslim communities in Hong Kong but let us not make the situation worse,” another post read.

It added: “Let’s seek calmness over revenge, wisdom over emotions and unity over division.”

The faith group urged Hongkongers not to seek revenge over the “sensitive incident” outside Kowloon Mosque. 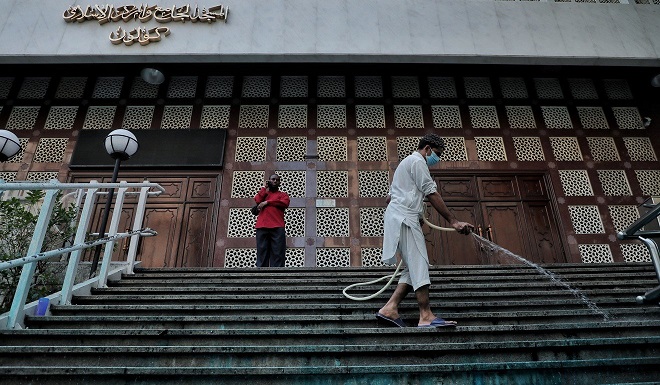 A clean-up operation was underway at Kowloon Mosque. Photo: SCMP

In addition, Muhammad Arshad, the chief imam of Hong Kong, said Muslims would “pray for the peace and security of Hong Kong.” 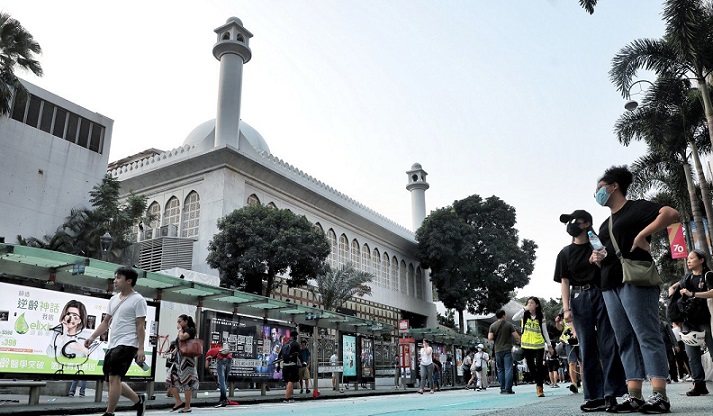 Police reacted quickly to the mosque incident, posting on the force’s Facebook page that the water cannon had “accidentally affected the entrance and front gate of the mosque” during a dispersal operation.

“The police have immediately contacted the chief imam as well as Muslim community leaders to clarify the situation and to show our concern,” the statement read. 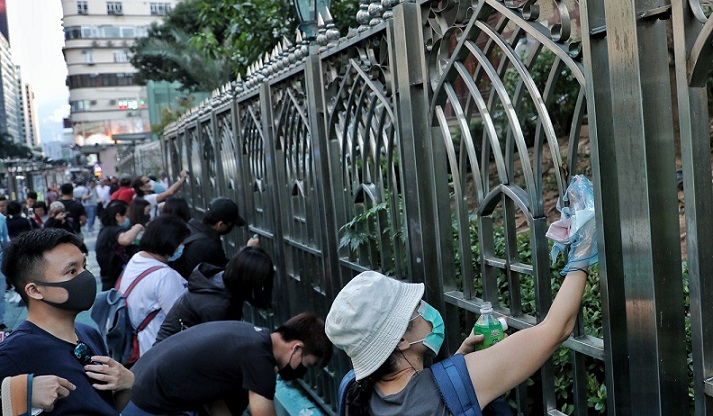 Though they left without commenting, the mosque leaders told reporters that the officials apologized.

“Our mosque is not damaged, nothing is done wrong. Only thing is that they should have not done it. For that they apologized so we accept it,” said Saeed Uddin, honorary secretary of the Islamic Community Fund of Hong Kong, The Time reported.

Significantly, Hong Kong has five permanent mosques and a temporary one, along with about seven madrassas – Islamic learning centers – spread across the city.

The city’s biggest mosque is Kowloon Mosque, built in 1896, and accommodates up to 3,500 worshippers at a time.

Moreover, Jamia Mosque, built in 1890, is the oldest mosque in Hong Kong. It has a small capacity of 400 worshippers.

This lack of proper spaces has led many Muslims to pray in makeshift mosques. According to NST, there are 250,000 to 300,000 Muslims in Hong Kong. They represent 4.1% of the city’s seven million population.

Interestingly, the majority of the Muslim community hail from countries such as Pakistan, India, Malaysia, and Indonesia. Yet, Chinese Hui Muslims are believed to account for about 40,000.