Forty years on his achievement by winning the Noble Prize for Physics, a new Netflix documentary is seeking to bring Pakistani Muslim physicist Dr. Abdus Salam back into the spotlight.

“Salam was the first Muslim to win a Nobel science prize,” Zakir Thaver, one of the film’s producers, tells BBC Culture.

“[He] was so committed to his roots and bettering the plight of his people that he wore a turban in Stockholm to receive the prize from the King of Sweden.” During his acceptance speech, Salam quoted the Quran.

Salam’s life’s work was key to defining a theory of particle physics still used today. Moreover, it laid the groundwork for the 2012 discovery of the Higgs boson – the particle responsible for giving all other particles mass.

The film portrays Salam’s unwavering dedication, in the face of testing circumstances, to three things: his physics, his faith, and his nationality.

Throughout his life, Salam was a dedicated Muslim. He listened to the Qur’an while working in his office in his London home. Salam never saw his religion as a barrier to science.

Interestingly, he was striving for a unified theory that would explain all of particle physics, which was in line with his religious beliefs.

“We [theoretical physicists] would like to understand the entire complexity of inanimate matter in terms of as few fundamental concepts as possible,” he once said. 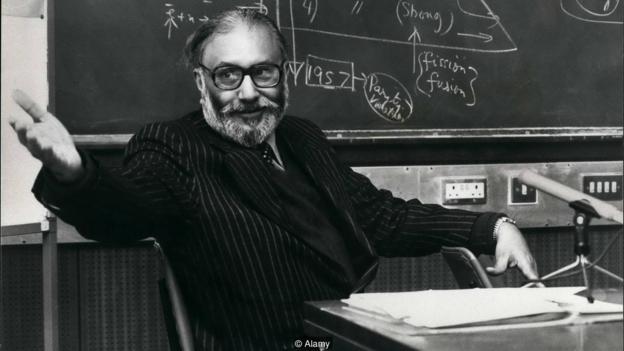 The new documentary about Salam portrays his unwavering dedication to three things: his physics, his faith and his nationality (Credit: Alamy)

Salam, 29 January 1926 – 21 November 1996, was a Pakistani theoretical physicist. He shared the 1979 Nobel Prize in Physics with Sheldon Glashow and Steven Weinberg.

In addition, Salam was a science advisor to the Ministry of Science and Technology in Pakistan from 1960 to 1974.

Even until shortly before his death, Salam continued to contribute to physics and to advocate for the development of science in Third-World countries.