Samri, who is believed to be the oldest person to ever perform Hajj, was welcomed by a number of Saudi officials. (SPA)
aaa

A 130-year-old Indonesian Muslim has arrived Jeddah on Wednesday to perform the life-time hajj journey. The man is believed to be the oldest person to perform the Hajj pilgrimage, Saudi Press Agency (SPA) reported Wednesday.

The elderly Indonesian national was welcomed at King Abdul Aziz International Airport by a number of officials who gave him flowers and trinkets as a gesture of goodwill. 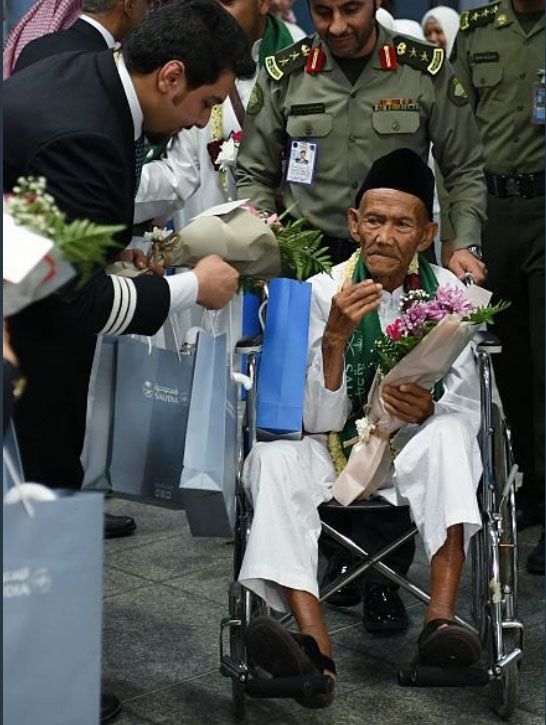 The oldest person to previously perform Hajj was 104-year-old Ibu Mariah Marghani Muhammad from Indonesia. She made her pilgrimage in 2017.

Muslims from around the world pour to Makkah every year to perform Hajj, one of the five pillars of Islam.

It is highly recommended for elderly people to take a medical hand out for their health conditions; especially if they take life-saving medications. Also, youth are urged to offer help to elderly people during Hajj rituals.