UFC lightweight champion Khabib Nurmagomedov, one of the world’s most popular Muslim athletes, has revealed that Allah “the Almighty” would not look approvingly on his violence in the octagon, 5 Pillars UK reported.

Responding to the post, one person asked: “Do you think that the Almighty is satisfied with you? Taking part in haram (forbidden) fights for money?” “I don’t think so,” Nurmagomedov replied.

The 31-year-old Nurmagomedov, a married father of a daughter and a son, is a Muslim Avar from the Islamic Republic of Dagestan located in the North Caucasus where more than 83% of the country’s population are adherents to Islam, according to ARENA Project’s 2012 survey.

The Muslim champion, who’s able to speak several languages including Avaric, Arabic, Turkish, Russian, and English, was born in the remote village of Sildi in Tsumadinsky District. He usually wears a papakha, a traditional sheepskin hat worn by Dagestanis and other Caucasian peoples.

The Russian fighter nicknamed ‘The Eagle’ has seen his popularity soar after defeating Conor McGregor at UFC 229.

Khabib Abdulmanapovich Nurmagomedov, or ‘Habib Abdulmanap Nur Mohamed’ in Arabic, is not only the UFC’s first Muslim champion but currently and more importantly he also holds the longest undefeated streak in MMA, with 27 wins.

“If I fight and I become famous, now I can talk to people more. I can say, ‘Do this, this and this,’ because a lot of people are watching. I want to be a good example, a good role model. You have to be [a champion] outside the cage too. This is my goal.” 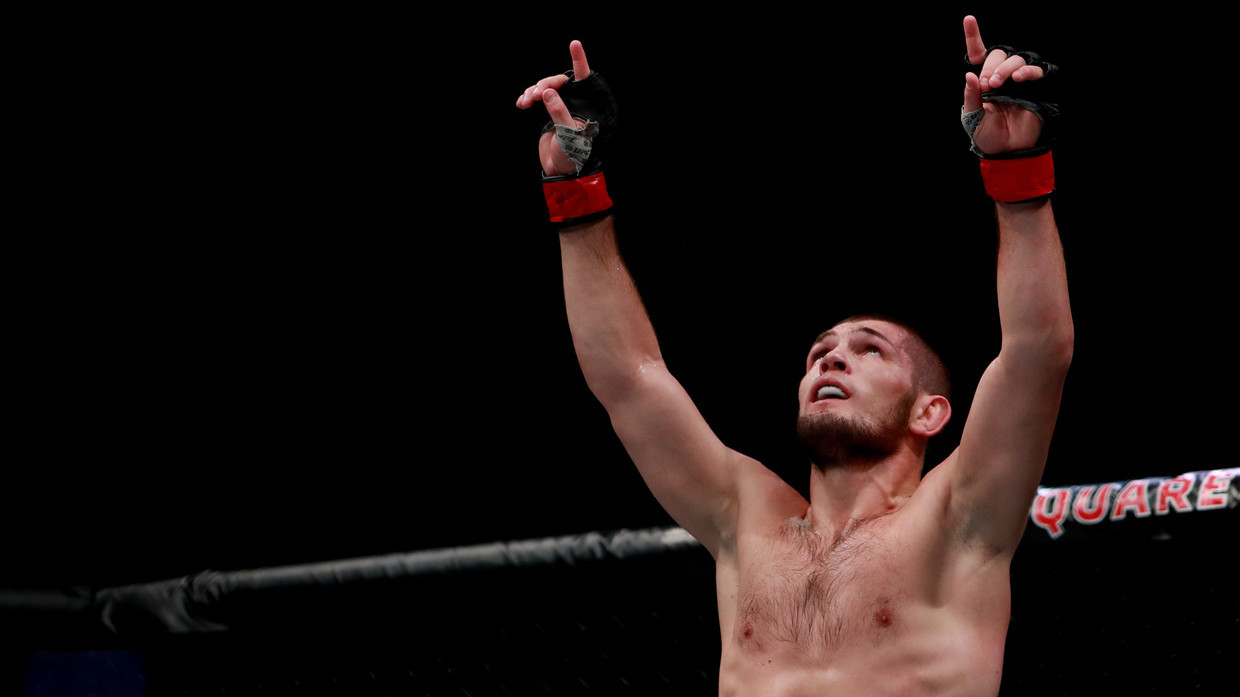 The Prophet (PBUH) said: “Your body has rights over you.” (Narrated by al-Bukhaari, Kitaab al-Sawm, 1839)

The Prophet (PBUH) also said: “There should be neither harming nor reciprocating harm.” Al Arba’een Annawaweeyah He also said, “When one of you inflicts a beating, he should avoid striking the face.” Sunan Abi Dawood

So despite the popularity of Mixed Martial Arts and other contact sports like boxing among Muslims, the mainstream Islamic opinion is that professional prizefighting is haram.