Since the beginning of time, philosophers, psychologists, scientists, and many others have always questioned the presence of God. According to research done since the past few years, belief in God isn’t merely a play of the mind or belief in the unseen, it is the reality.

Researchers have found a strong connection between brain activity and religious practice.

The differences were found in the most important part of the brain, the frontal lobe.  He has been studying the effects of prayer on the human brain and watching what happens inside their heads while praying by injecting harmless radioactive dye into subjects and observing them through scanning machines. He has observed brain scans of Muslim Imams, Tibetan monks, and meditating atheists. 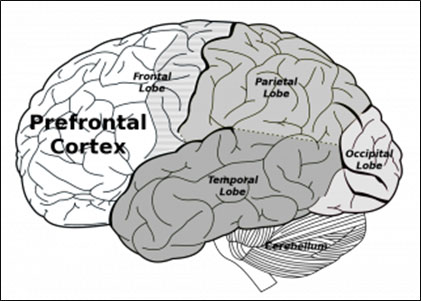 There are six components inside of the brain; the frontal lobe, parietal lobe, occipital lobe, temporal lobe, cerebellum, and the brain stem.

The frontal lobe is what gives individuals their personality and is responsible for their cognitive skills. In addition, the frontal lobe is active during the conversation, and it allows speech and active listening.

In general, its main function is to process sensory information about the processing location of parts of the body as well as interpreting visual information and processing language and mathematics.

Nonetheless, all components of the brain work cohesively for the proper functioning of the human body.

The images above show the brain activity of Franciscan Nurse, who has prayed to God daily for 34 years, before and after prayer. They are derived from a SPECT scan, a nuclear imaging test, which uses radioactive substances and a special camera to observe how the organs work by creating 3D images.

In other words, just by observing the scans, one can easily confuse that speaking to God is the same as speaking to an individual in the physical world. The two conversations, per the SPECT scans, are indistinguishable.

Likewise, the image on the right also shows a decreased activity of the part of the brain responsible for orientation, located in the parietal lobes.

According to Dr. Newberg’s, this is because the complete concentration in the brain during prayer and meditation blocks sensory and cognitive input from the outside, and hence leads to a decreased activity of the orientation area.

The above images, taken before and after an atheist meditates and contemplates on the existence of God, do not show the same level of activity of the frontal cortex of the brain. There is no relative difference between the brain scan taken prior to meditation and afterward.

Therefore, this study wants to prove that, for individuals who do not believe in God, meditation does not provide the same differences and increase in activity level as does for the believer. This is because to the atheist, God is unimaginable.

When believers describe their feelings with God, their descriptions are not a mere figment of their imagination, they are physical realities. Therefore, to those who claim that God is not real and only exists in the brain, it is the brain which crystallizes reality.

As science and technology progress, they seem to be solidifying the words of God. Allah says in the Qur’an that this holy book was sent down as mercy to the worlds, for those who take heed (Surat Al-Anbiya’ 21:107).

In conclusion, Dr. Andrew Newberg said, “Our brains are set up in such a way that God and religion become among the most powerful tools for helping the brain do its thing—self-maintenance and self-transcendence. Unless there is a fundamental change in how our brain works, God will be around for a very long time.”

Indeed as Allah mentions to us in the Holy Qur’an, “We will show them Our signs in the horizons and within themselves until it becomes clear to them that it is the truth. But is it not sufficient concerning your Lord that He is, over all things, a Witness?” (Surat Fussilat 41:53).