In one study, researchers enrolled 47 inactive women in a 12-week moderate aerobics program. After the 12 weeks, their iron levels showed a significant drop.

This could explain why some people who exercise complain that they still feel fatigued even though they “should” feel more energetic from their efforts.

Dark leafy greens such as spinach or swiss chard contain abundant amounts of iron. However, it takes about five cups of uncooked Swiss chard or spinach to equal the iron found in 10 ounces of meat.

Realistically, even a person who is willing to eat five cups of greens in a day would not find them available year-round, particularly during the winter.

And consuming heme iron actually helps the absorption of non-heme iron; therefore, it is a good idea to combine foods from the plant and animal kingdoms for the best balance and benefit.

To compensate for the deficiency of iron in vegetarian and low meat diets, many people take iron supplements. However, studies found that consuming many of these supplements is harmful.

This is because they contain non-organic iron which isn’t absorbable by the body. Instead, they form deposits over time, which lead to an increased risk of infections, heart disease, and cancer.

Meat also contains an abundant amount of Zinc, a mineral responsible for supporting the immune system. A three-ounce top round, for instance, provides one-third of the USRDA (U.S. Recommended Daily Allowance) for zinc, which like iron is more easily absorbable coming from meat than vegetable sources.

Yet, unlike iron, it is not readily available within the plant kingdom. One would have a hard time getting enough zinc in a strictly vegetarian diet unless they were to consume a few cups of pumpkin seeds every day. Therefore, a person who never eats meat would soon become deficient in zinc. 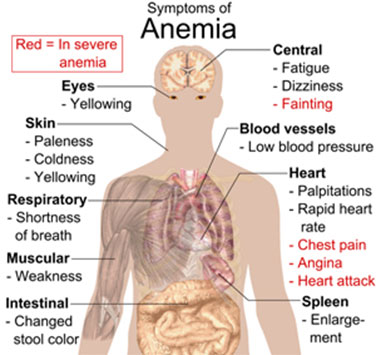 Vitamin B12 is perhaps the most difficult to obtain nutrient that meat provides, as it is virtually unavailable in the plant kingdom at all.

In fact, most doctors recommend that vegans (those that do not eat meat products at all) absolutely need to take a vitamin B12 supplement.

Doctors have noted that many vegetarians feel “fine” for years; then, five or seven years down the road, they suddenly feel fatigued.

Strict vegetarians are at high risk for developing “pernicious anemia,” a rare and often fatal disorder resulting from a depletion of B12 in the system.

This is because vitamin B12, which the liver stores, depletes itself over time.

Most people who include at least some meat products in their diet, but, will never have this problem. Therefore, most experts advise eating meat at least occasionally in the vegetarian diet.

This view syncs well with the example of the Prophet (SAW). The Qur’an (7:31) says, “Eat and drink, but waste not by excess, for God loves not the prodigals.”

Prophet Muhammad (SAW) elaborated on this verse when he said (narrated by Yahya), “What is this, Amir al-muminin?” “We desired meat and I bought some meat for a dirham,” Umar said. “Does one of you want to fill his belly apart from his neighbor or nephew? How can you overlook this ayat: ‘You squandered your good things in the life of this world and sought comfort in them’ ” (Qur’an, 46:20).

In this Hadith, the Prophet (SAW) seems to imply that eating meat in excess is an act of selfishness and that one should feed any extra meat that they might have to someone who is in need.

Concern for animals prompts many people to be vegetarian. That we should be concerned about animals is obvious in a famous Hadith narrated by Bukhari: Abu Hurairah narrated that the Prophet said, “A man felt very thirsty while he was on the way; there, he came across a well. He went down the well, quenched his thirst, and came out. Meanwhile, he saw a dog panting and licking mud because of excessive thirst. He said to himself, ‘This dog is suffering from thirst as I did.’ So, he went down the well again and filled his shoe with water and watered it. Allah thanked him for that deed and forgave him.” The people said, “O Allah’s Apostle! Is there a reward for us in serving the animals?” He replied: “Yes, there is a reward for serving any animate (living being).”

Another Hadith that encourages kind treatment toward animals is that narrated by Malik that states, “Allah, the Blessed and Exalted, is kind and loves kindness.”

We are encouraged to be mild towards animals – even “beasts of burden” which the Prophet instructed the Muslims to spare from traveling through difficult terrain.

Despite these and numerous other Hadith enumerating the virtues of kindness towards animals, it doesn’t follow that they should not be slaughtered.

Not only is it permissible for our lawful use, but it is also permissible to kill an animal as a protection against danger or evil.

Aisha narrated that Allah’s Apostle said, “Five kinds of animals are harmful and can be killed in the Haram (Sanctuary). These are the crow, the kite, the scorpion, the mouse, and the rabid dog.”

The general consensus, amongst the Prophet and modern health experts, is that we should eat meat – at least in moderation – and, while it certainly can become “as addictive as wine,” it holds a high rank amongst foods as long as it is eaten in moderation.

Therefore, we can conclude that the best health is enjoyed by those who “Eat of the good things We have provided for your sustenance, but commit no excess therein” (Qur’an, 20:81).