The Holy Qur’an is basically a book of guidance, revealed by the Creator to address areas that cannot be answered by the human intellect such as the essence of faith, the acts of worship, the moral code and the rules and regulations that govern the various transactions between human beings.

Besides this guidance, the glorious Qur’an refers to the cosmos, the earth and the heavens, as well as to many of their components, inhabitants and phenomena, in numerous verses that exceed 1000 in number. Such references come in the context of testifying to the unlimited might, knowledge and wisdom of the Creator who has brought this universe into being, and is capable of its annihilation and of its recreation.

Consequently, the Qur’anic cosmic verses are not meant to be pieces of scientific information, but as scientific knowledge that has been left for man to gain over a long span of time. This is simply due to the limitations of the human senses and the cumulative nature of the scientific knowledge. The illustrious Qur’an, being the word of the Creator is, hence, the absolute truth; therefore Qur’anic verses with cosmic reflections must convey a number of absolute facts about the universe.

Of these verses, a large number speak of the “earth”, which is mentioned 461 times throughout the Holy Qur’an to describe the whole planet, its outer rocky cover, or the soil section on top of that cover. Verses of geological interest amongst these amount to more than 110, and can be grouped into 11 categories as follows:

1- One verse that instructs man to travel through the earth, make his own observations and use such surveillances to reflect on how creation was originated (29:20).

3- One verse stating that iron was sent down to us, thus emphasizing the celestial (extraterrestrial) origin of iron in our planet (57:25).

4- One verse that describes the deeply faulted nature of the earth (86:12).

5- A group of verses that describe some of the most recently discovered oceanographic phenomena such as:

i- The superheated nature of the bottoms of certain seas and oceans – implying intensive submarine volcanic activity associated with sea-floor spreading.

ii- The complete separation of different bodies of water (fresh and saline, as well as saline water of different compositions) that do not mix completely or immediately due to the constant presence of impassable barriers in between (25:53; 55:19, 20). 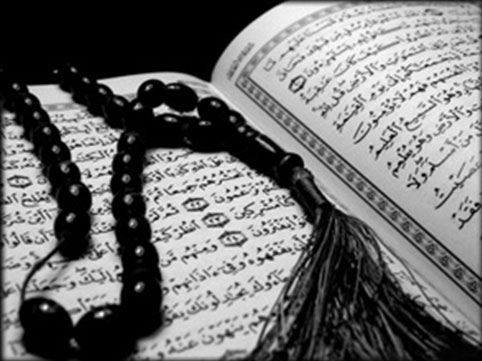 6- One verse that describes mountains as pegs or pickets (78:7), emphasizing their relatively small, above-ground elevations, compared to their much more deeply buried parts (roots), and their role in the fixation of continental masses as well as of the whole planet. This role is emphasized in ten other verses that also ascribe more functions to mountains such as their part in the process of precipitation of rain and in the formation of natural heads for running streams (27: 61; 31: 10; 50:7; 77: 27; 79: 32). In this group, the Qur’an asks human beings to contemplate on a number of observations in the universe including how mountains are made to stand up on the surface of the earth (88:19). Such speculation has led to the formulation of the concept of isostacy which is currently used to explain the rising of mountains (and of all other surface elevations) above their surroundings. In another verse of this group (35:27), the Qur’an describes mountains as being composed of white and red tracts of various shades of colours and of others that are black and intense in hue. This is in clear reference to both acidic mountains (which are dominantly granitic in composition, with overwhelming white and red colours of various shades) and basic to ultrabasic mountains (which are dominantly basaltic/ gabbroic in composition with black coloured ferromagnesian minerals). Each of these major primary rock groups has its specific chemical and mineralogical compositions as well as its specific temperature of separation from its mother magma. Their dominant colours are also reflected in their secondary and/or tertiary products of sedimentary and metamorphic rock, and hence, the importance of these three principal colours (white, red and black) in the classification of igneous rocks and of their derivatives.

7- A group of verses that reflect on the earth’s hydrosphere and atmosphere, which are both clearly stated to have been outgassed from within the earth (LXXIX: 20, 31), a fact that has only very recently been discovered. Other verses in this group comment on the protective nature of the atmosphere for life on earth (21:32; 86: 11), the absolute darkness of outer space (15: 14, 15), the reduction of atmospheric pressure with elevation (6:125) and the glowing nature of the early nights of our planet before the formation of its protective atmospheric spheres (17:12).

8- A group of verses that emphasize the thinness of the earth’s crust (71:19), the constant levelling and degradation of the earth’s surface and the gradual change in the geographic dimensions of continental masses, and even the contraction of the whole planet and the deformation of its surface (13:41; 21:44; 78:6).

9- Verses emphasizing the fact that groundwater is generated from rain, thus reflecting on the hydro-geological cycle (23:18; 31:10), and others relating life on earth to water (21:30; 24:45) or reflecting on the possibility of classifying life forms (6:38).

10- Verses emphasizing the fact that the process of creation took place in successive stages over tremendously long spans of time (22:47; 32:5).

11- Two verses that describe the end of our planet and of the whole universe by reversing the process of its creation after which the eternal universe will be created (14:48).

Such knowledge was not available before the turn of the present century, and most of it has just started to be understood through the painstaking analysis of massive amounts of scientific observation. The Qur’anic precedence with such precise and comprehensive knowledge points to only one facet of the multifarious, miraculous nature of this Glorious Book, being the last Divine message, and the only one that has been kept intact with exactly the same language of revelation word for word and letter for letter for more than 14 centuries.

From the above mentioned discussion it is obvious that Qur’anic verses with geological notions exceed 110 in number and would need voluminous texts to explain. Consequently, the present paper concentrates on only a few of these verses which represent established facts and concepts in the area of Earth Sciences and are only given as examples of the miraculous nature of the Holy Qur’an.