Animal models serve as the subjects of choice in some experiments, because, in most cases, the same mechanisms work at the molecular level for humans.
aaa

We often see the alcohol industry’s enticing advertisements and the media’s hyperbole telling us: “Wine Is Good for You.”

What is frequently overlooked is that it may have some good effects, but its bad effects far outweigh the good. In a response to a query about alcohol, the Qur’an says: [They ask you concerning wine and gambling. Say: In them is a great sin, and some benefit, for men; but the sin is greater than the benefit] (Al- Baqarah 2:219).

Since the Qur’an was revealed, modern science has shown alcohol to be the cause of a number of health problems, cancers included. This has been established over a number of years through a large number of epidemiological studies, in many countries, on individuals from a variety of backgrounds. One study revealed that in the United States, for example, 75 percent of esophageal cancers and 50 percent of oral cavity cancers are attributed to alcohol consumption (Rothman et al, 1980).

Several questions arise in understanding the role of alcohol in the development of cancers. Between the years of 1979 and 1997, several studies, funded by grants from the US National Institutes of Health, were carried out in the author’s laboratory in the University of Arizona to attempt to address these questions. Results were published in several peer-reviewed journals, selections of which are listed at the end of this article.

The questions raised included the following: 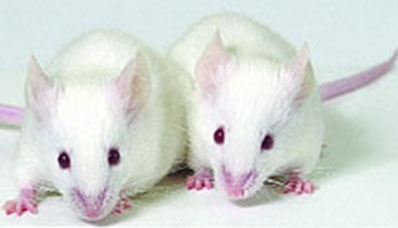 Animal models serve as the subjects of choice in some experiments, because, in most cases, the same mechanisms work at the molecular level for humans also. Moreover, it is almost impossible to subject humans to uniform control conditions for comparison purposes, or to cause more serious exposures, such as those that occur in developing cancers.

Muslim jurists agree that laboratory animals, bred for the purpose and maintained under humane conditions, could be employed for the greater good and ultimate welfare of humans, as well as animals.

When ethanol, diluted to seven percent in a nutritionally balanced liquid diet, is fed to experimental rats or mice, they become alcohol-dependent, mimicking a human alcoholic. When ethanol is eliminated from the diet, it results in the onset of withdrawal symptoms – as witnessed in body tremors. There is a similar increase in blood lipids, with a proliferation of endoplasmic reticulum in liver cells.

Animals that served as controls in our experiments received the same total caloric intake, except that carbohydrates were substituted for ethanol in the diet. Since, as stated above, ethanol is not carcinogenic, we selected methylbenzyl-nitrosamine, an esophagus-specific carcinogen, to induce tumors in the animal esophagus.

This selected carcinogen is known to occur naturally in parts of China and Africa where the incidence of esophageal cancers is high. Thus our selection reflects an actual epidemiological situation. (Please note that here on we refer to methylbenzyl-nitrosamine only as carcinogen. Also the terms tumors and cancers are used interchangeably).

A number of studies were conducted by the author to determine the effect of ethanol on the development of tumors in the esophagus of experimental rats or mice. Of significance, however, were the experiments where animals, after their exposure to carcinogen, were fed an ethanol-containing diet until the end of the study.

The results showed that ethanol consumption caused a significant increase in the number and size of esophageal lesions (observable by changed morphology). Even more remarkable was the result that the number of lesions which progressed into tumors was also greatly increased with ethanol consumption (Mufti, Becker, and Sipes, 1989). This shows that alcohol is involved in the processes that cause promotion of cancer development.

Furthermore, an examination of these tumors showed that with ethanol there was a significant thickening of esophageal epithelium (the cellular lining of the esophagus). Also, more of the thickened cells penetrated into the inner wall of esophagus, with some areas of multinucleated cells bleeding in the subcutaneous tissue (Mufti 1991). This observation confirmed the progression towards tumors with alcohol-associated promotion processes. 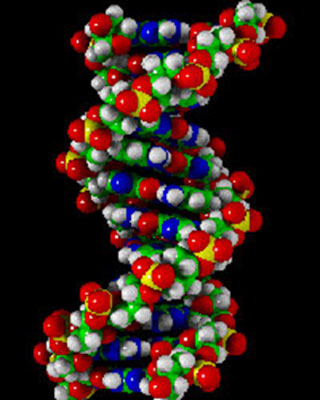 A- Disordered Lipid Metabolism: It is well known that alcohol consumption disturbs the metabolism of lipids. When the esophageal tissue lipids from the above experiments were analyzed for their fatty acids, it showed a significant increase in unsaturated fatty acids, especially of the longer chain variety, with ethanol consumption (Nachiappan et al, 1993). Unsaturated fatty acids are unstable; the longer the chain, the more unstable it is becoming subject to breakdown through oxidation into lipid peroxides. This would explain the consequent increase in lipid peroxidation, i.e. the generation of free radicals by ethanol. In addition, there was a pronounced increase in specific unsaturated fatty acids (called eicosanoids) and their compounds (such as arachidonates), whose presence is associated with excessive cell proliferation (Mufti et al, 1997). These observations show that ethanol creates a disorder in the metabolism of lipids and their products. This results in the generation of products that induce the increased cell proliferation that occurs in developing cancer.

B- Free Radical Generation: Free radicals are generated with a loss of an electron in an atom or molecule of a compound making it highly reactive in the cell. Free radicals occur in a number of diseases. A variety of tumor promoters generate free radicals, and we found that chronic ethanol consumption results in producing lipid peroxide free radicals.

Furthermore, when ethanol was used as a promoter of esophageal tumors, there was a further increase in lipid peroxidation. And when the animals thus treated were injected with – or their diet supplemented with – vitamin E, it decreased lipid peroxidation along with a decrease in the number of tumors observed (Odeleye et al, 1991). This is of interest because free radical production, as well as cancers induce