Rajab is the 7th Hijri month of the lunar Hijri calendar. It’s regarded as one of the four sacred months in Islam in which warfare is prohibited.

The month is very special for Muslims as it’s a prelude to Ramadan, the 9th Hijri month; “O Allah, make the months of Rajab and Sha’ban blessed for us, and let us reach the month of Ramadan (i.e. prolong our life up to Ramadan, so that we may benefit from its merits and blessings).”

The Hijri calendar is a lunar calendar, and its months begin when the first crescent of a new moon is sighted. Since the lunar year is 11 to 12 days shorter than the solar year, Rajab migrates throughout the seasons.

The Astronomical New Moon (conjunction) is expected by astronomers to occur on Tuesday the 28th of March, 2017 at 2:57 UT. 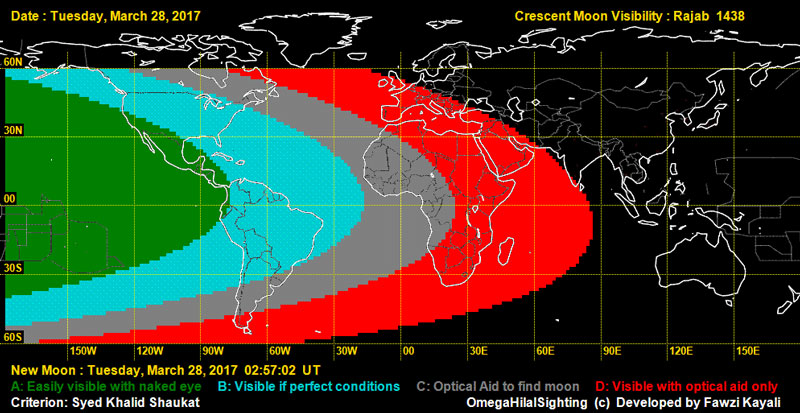 On Wednesday the 29th of March, the moon can be easily seen in all the Muslim World and the entire globe. This means that Rajab will start on Wednesday God willing. 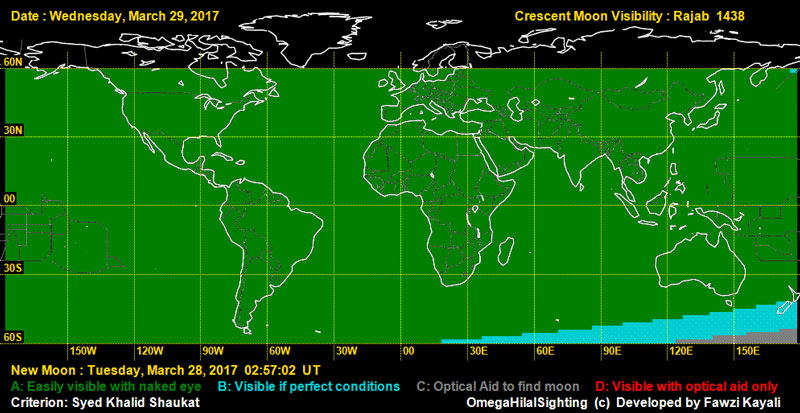