“The diet of the future will not be designed to lose weight, but to cheat death. Within the next few years, scientists hope to meld increasing knowledge about the genetic makeup of the human body with the equally promising use of food as medicine to customize diets that can forestall, treat or even prevent disease.” – The Los Angeles Times

Aisha used to recommend At-Talbina for the sick and for such a person as grieved over a dead person. She used to say, “I heard Allah’s Apostle saying, ‘At-Talbina’ gives rest to the heart of the patient and makes it active and relieves some of his sorrow and grief. ” In fact, the prophet used to “prescribe” food for ailments even more than he prescribed herbs or medicines.

The Prophet used everything from barley soup to honey to camel’s milk to heal his followers and advised them to eat certain foods to prevent or cure other ailments. In fact, food is one of the oldest and most respected healing tools available to man. Even the first fruits of paradise – the apple and/or the pomegranate – have hundreds of curative properties (Yeager, p.21). The Chinese and Indian healers have used the properties of food to heal for thousands of years.

Modern science is now “discovering” the power that food has. Bookshelves at the store are filled with books on Ayurvedic medicine, books like Eat Right 4 Your Type, hundreds of books on how to detoxify your body using diet and an equal number of books touting certain ways of eating such as macrobiotic or vegan as a “cure all” for any disease. Other books give specific recipes or lists of foods that cure various diseases.

The Los Angeles Times reported a few years ago that, “…some experts are already espousing the medicinal power of certain foods to some patients. They are advising menopausal women to drink soy milk, which is thought to ease hot flashes and other symptoms. They are suggesting fish high in omega-3 oils, like salmon, herring and mackerel, to patients at risk of cardiovascular disease or breast cancer. And for men fearing prostate cancer, they are advising consumption of more tomato-based products, such as spaghetti sauce–because tomatoes are high in lycopene, thought to reduce the risk of this disease” (Cimons).

In fact, in areas where medicine and herbs are not available, food can provide a solution to many medical problems. Among many developing countries where people can’t afford to buy medicines, traditional healers commonly hand out prescriptions in terms of berries or cups of oats. 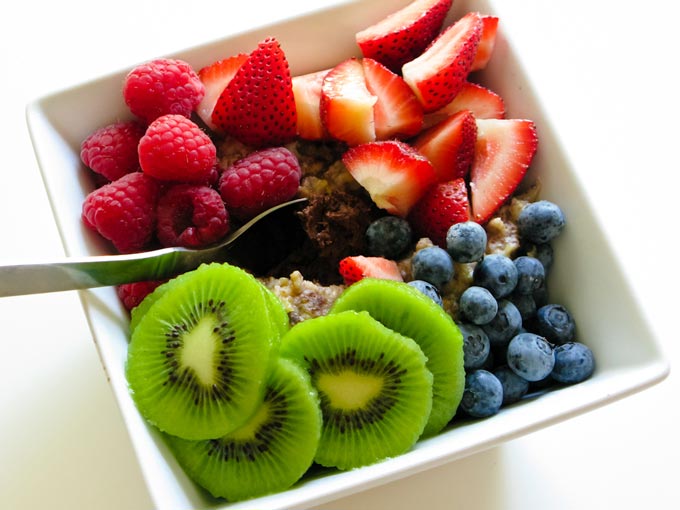 In the book, Smoothies for Life, the following recipe is given for preventing osteoporosis:

One cup of nonfat yogurt. Add to it 1/2 cup  of nonfat milk. Then 1/4 cup of pitted dates. In addition to, one frozen banana. Plus three tablespoons of tahini. Then, add a sprig of mint, blend together and drink.

Dates and Tahini are credited with giving this nutritious shake a big calcium boost. In fact, foods like humus, zaaatar or anything else with a large proportion of tahini or sesame seeds will help prevent osteoporosis.

In the book, Ayurvedic Cooking for Westerners, Amadea Morningstar gives the following recipe to heal candida and depression stemming from such a condition:

Bring a 2/3 cup of dried mung beans, navy beans and chick peas. Add eight cups of water and one bay leaf. Cook the beans until done (soak overnight first). Wash and chop: two potatoes, one carrot, three inches of leek. Add to then two stalks of celery, one cup of fresh green vegetables.

Then add these vegetables to the pot with the beans. Afterwards, add one cup rose petal tomato sauce and a 1/2 cup of white basmati rice. Then, add one teaspoon of salt, plus two teaspoons of sweet basil, and a 1/2 teaspoon of dried thyme. Simmer these for 45 minutes and serve.

In the book, New Foods for Healing, the editors of Prevention Magazine list recipes for almost every disease including the following recipe for high cholesterol:

Add a 2/3 cup dried of apricots, coarsely chopped. Add to it a 1/3 cup of boiling water and one cup of packed light-brown sugar. Them, add to them a 1/4 cup of unsalted butter at room temperature. Plus, 1/4 cup of fat-free egg substitute, and a 1/2 teaspoon of vanilla. Then add 1/2 cup of unbleached all-purpose flour, one teaspoon of ground cinnamon, one teaspoon of baking soda. In addition, add a 1/4 teaspoon of salt and two 1/2 cups of oats. 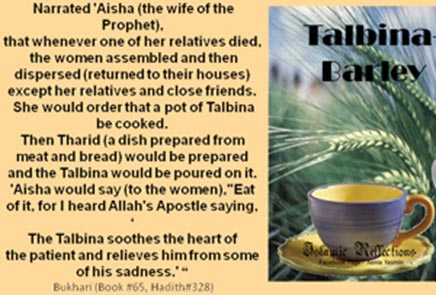 Combine the apricots in the food processor with the water until well-blended. Add this to the sugar and butter in another bowl. Add the egg substitute and vanilla. Beat. Add the rest of the ingredients except the oats and mix again. Sprinkle the oats over the mix, stirring. Bake at 350.

The key in this recipe is, of course, the oats. Oat bran and oatmeal, in fact, are still the most popular ways to lower cholesterol. Some doctors even recommend that taking 1/2 cup of oat bran a day will cure cholesterol (Kowalski).

In Healing with Whole Foods, Paul Pitchford gives lists of foods that help to cure various diseases along with helpful recipes such as the following dish for diabetics:

Add two cups of soaked millet and a 1/2 of diced onion. Then add two diced carrots and 1/4 cup of hijiki; soaked and cut. Then, pour six water cups and a 1/2 teaspoon of sea salt. Then, add toasted sesame seeds. Layer vegetables in order given. Add millet, water and salt.

Afterwards, cover bring to a boil, reduce heat to low. Then, simmer them for 30 minutes and stir and serve it sprinkled with sesame seeds. The secret to this recipe is the millet, a very inexpensive and common grain.

Yuhanna bin Masawayh (known in the West as Mesue), an accomplished Arabophonpharmacist, said, “A physician who can cure by using only diet without drugs, is the most successful and skilled of all physicians.” This is certainly true if you are on a budget, are taking medications that may interfere with herbs, you want to seek a simpler solution, you want to minimize side effects, or you live in a country where many things are unavailable.

Certainly food should be considered a very real alternative to importing special medicines and herbs or taking risky medicines ** The following website has a partial list of some foods and diets that cure illness: http://www.curezone.com/foods/