Muslims are accustomed to using du'a and prayer in a number of situations mentioned above, but often forget the power of prayer in healing.
aaa

Muslims are accustomed to using du’a and prayer in a number of situations mentioned above, but often forget the power of prayer in healing.

However, modern studies have shown that prayer can be a powerful healer in itself and can also increase the healing power of other medicines.

The Qur’an and Hadith guide us in offering two kinds of prayer for illness, one can be offered anywhere and the other must be offered in person. Prayer that is offered at a distance is called du’a or supplication.

Allah says, {Oh ye who believe! Seek help with perseverance and prayer: for God is with those who patiently persevere} (Surat Hud 11:153).

Allah the Exalted, has said: {And your Lord says: Pray unto me: and I will hear your prayer} (Surat Ghafir 40:60).

When a prayer is offered in person it can also be done as a du’a, but is more likely done as “Ruqya” which is done by reciting a specified verse or supplication and then passing the right hand over the body of the ill person.

A professional healer usually administers healing in this manner, although many people who are not healers also use Qur’anic healing.

In the Hadith of Buhkari A’isha reported, “When any person amongst us fell ill, Allah’s Messenger (SAWS) used to rub him with his right hand and then say: O Lord of the people, grant him health, heal him, for Thou art a Greet Healer. There is no healer, but with Thy healing Power one is healed and illness is removed.”

The “Fatihah” is the most common recitation for healing, and is the recommended incantation if a person does not know the correct supplication for a particular illness.

Al-Aswad has narrated that Aisha said that “The Prophet (SAWS) allowed the treatment of poisonous sting with Ruqya” and, “that Allah’s apostle said, that you are most entitled to take wages for doing a Ruqya with Allah’s Book.” thus granting ruqya (healing with prayer) a professional status. 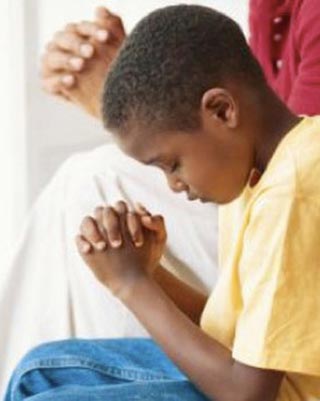 The results of the study showed that in of the criteria for improvement in the study, that all the subjects being prayed for improved on all eleven measures.

In one study presented at a Harvard conference, 406 people were studied. Half of these were prayed for and half were not.

The results of the study showed that in of the criteria for improvement in the study, that all the subjects being prayed for improved on all eleven measures.

Even more astounding to the researchers was that the people praying also improved their health in 10 of the 11 criterion categories.

Furthermore, researchers confirm (what we know to be obvious as Muslims) that either method of prayer is effective.

In his book, Reinventing Medicine, Larry Dossey, MD, says “Researchers have diligently looked for some sort of subtle energy that connects distant individuals when thoughts are communicated … or when prayer affects the body of someone far away. Yet there is not a shred of evidence that such (measurable) energy exists.”

Researchers have thus concluded through testing that these prayer events do not have a “carrier” like a telephone cable or a satellite wave.

So how can prayer heal a person? Henri Bergson, a prominent medical researcher has concluded that (what he calls) “the mind” does not need help to go anywhere.

Since it is already everywhere, it has no need to “go” or be “sent” and therefore needs no sender or carrier. He explains this by saying that the brain does not produce the mind, but interacts with it. He provides a crude analogy with the radio and radio waves.

We know that the radio does not produce the waves, it only detects and transmits them and filters them. In the same way, when we heal with prayer, we are simply reflecting attributes of Allah and transmitting healing that has been given to us through Allah.

And just as the radio stations are always playing even if you have the radio turned off, so is Allah transmitting healing and blessings upon us every moment – we need only to “tune in” to this bounty with our prayers and du’a and we can receive all the benefits we are promised.

With adverse reactions to drugs causing more than one hundred thousand deaths a year in US hospitals (this is equivalent of having a passenger jet crash every day), one should not rule out prayer as at least a supplemental healer.

Larry Dossey, MD quotes in his book “An internist always looks internally inside the patient for the origin of the problem, in the present moment.

A eternist looks at all of time and space, both inside and outside the patient for solutions.” In light of the fact that Muslims are promised “eternal life” we should encourage more healers to become “eternists” and hope that in the future more doctors will take into consideration the spiritual health of a patient as well as pray for their patients.

This article was first published in 2002 and is currently republished for its uniqueness.