Muslim physicians such as Avicenna, Ibn Qayyim Al-Jawziyya and Al-Suyuti as well as many other traditional, classical, and modern experts agree that a person is born with a predominance of one element over the others (determining their temperament).

These Muslim physicians, along with many other traditional healers in the area of Unani Tibb, Ayurveda and Chinese Medicine as well as Classical Western Herbalism, teach that healing is merely a matter of balancing these elements (or humors) in a person through physical, emotional and spiritual channels.

This article will discuss each of the temperaments, their manifestation in the body, and the best manner for a person with that predominate temperament (either naturally or temporarily) to achieve general good health and/or healing.

Each humor has a corresponding personality profile; these will be outlined in Part Two of this series. 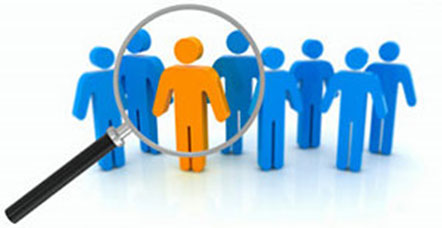 Samuel Hahnemann, the father of homeopathy, recognized the importance of knowing a person’s temperament in determining how they would be affected by disease and how they would react to different medicines.

In his essay, “Suppression in the Four Hippocratic Temperaments,” he observed that each type reacted differently to the medical suppression of rashes.

Sanguine people suffer piles, hemorrhoids, colic, and renal gravel after the suppression of an itch whereas phlegmatic people suffer from dropsy and delayed menses after such suppression. Melancholic people become mentally imbalanced or sterile.

Hahnemann stated, “Each innate constitutional temperament has its own unique reactions to stimuli. For this reason, the same pathogen will affect the four temperaments and their 12 mixtures in a different manner. For example, the phlegmatic and melancholic temperaments are usually aggravated by cold, while the choleric and sanguine temperament are usually ameliorated by cold.”

The sanguine element, as a physiological trait, stimulates the veins and arteries and provides the motivational energy of the body.

Signs of excess sanguine humor are usually displayed in a person’s circulatory system – their veins are bigger (or at least appear so) and fuller than ordinary; their skin is red or reddens easily; they may have pricking pains in their sides and about their temples; they may sometimes experience shortness of breath or headache; and may have thick, colored urine.

Sanguine types are often light-footed and rhythmical much like their counterpart, the circulatory system. They usually have expressive faces and “sparkling eyes,” and may often have curly or wavy, rather than straight, hair.

The sanguine will be most extreme or imbalanced during the spring or summer, or when exposed to wind or heat (while going out in the heat to shop or from leaving the car window open while driving, etc.), and after eating sour, greasy, and spicy foods.

Physiologically, the choleric element is closely associated with the nervous system, acting to increase the rate at which it functions.

It has a warming effect on the body, stimulates the intellect, and increases physical and mental activity and courage. Its receptacle is the gall bladder.

Signs of excess choleric humor are: leanness of body; hollow eyes; anger without a cause; a testy disposition; yellowness of the skin; bitterness in the throat; pricking pains in the head; a swifter and stronger pulse than typical; troublesome sleeps; and dreams of fire, lightning, anger and/or fighting. 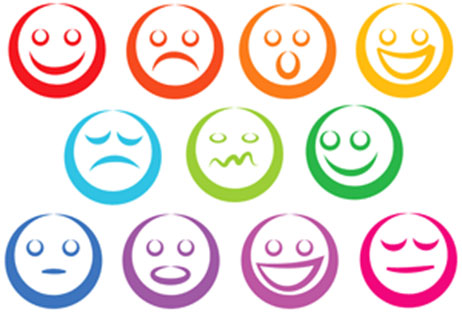 The choleric type may experience problems with anxiety, agitation, frenzy, nervous exhaustion, and insomnia. They may also have palpitations, hypoglycemia, rashes, palsy, or strokes.

Cholerics tend to incline toward mind-altering substances (anything from coffee to chocolate or alcohol and both prescription and illicit drugs), and they typically have problems with disturbed sleep; bed-wetting as children; heart disturbances; disturbances of speech or sensation; and blood pressure and circulation problems.

In The Traditional Healer’s Handbook, the melancholic element is described as “consisting of a cool and thick earthly aspect which is prone to coagulation and a more fluid, vaporous substance.”

In normal quantities, it stimulates memory and creates a homely, practical, pragmatic, and studious nature. However, its coldest part is adherent and, if not eliminated properly, it can settle on or in tissues and form tumors.

The spleen, its receptacle, removes the melancholic element from the blood and body fluids. Signs of excess melancholy element are: fearfulness without a cause; a fearful and foolish imagination; rough and swarthy skin; leanness; want of sleep; frightful dreams; sourness in the throat; weak pulse; solitariness; thin clear urine; and frequent sighing.

Melancholics tend to drag their feet and act as if their bodies were a burden to them. They often experience major physical pain from even the most minor injuries. 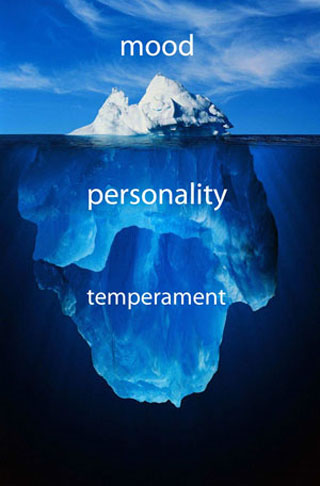 The phlegmatic element, as a physiological trait, functions to expel excess and unnecessary substances from the body.

Phlegm plays a necessary role in the body during bouts with the cold and flu; however, copious amounts of it are expelled by the body through the nose in an attempt to clear out toxins and bacteria.

The phlegmatic humor has a beneficial cooling and moistening effect on the heart, and strengthens the function of the lower brain and the emotions.

Its receptacle is the lungs. Signs of excess phlegm in the system can be exhibited by sleepiness; dullness; slowness; heaviness; cowardliness; forgetfulness; frequent spitting; runny nose; little appetite for meat; bad digestion; and white and cold skin.

They may also exhibit growth and development disorders including fertility, conception, and pregnancy problems.

Phlegmatic types may suffer from disorders of the central nervous system (MS, muscular dystrophy, or cerebral palsy); diseases of the spinal column, bones, teeth and joints; and disorders in their fluid metabolism. 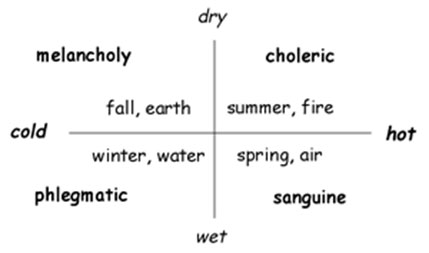 It is easy to distinguish the various temperaments by watching them eat. At the dinner table, sanguines typically “eat everything in sight;” in a restaurant, they enjoy talking so much that they almost never look at a menu until the waiter arrives.

Any sort of stimulants such as sugar, coffee, drugs (even prescription) and, in some cases, wheat and meat products are dangerous for the sanguine type.

Sanguine types tend towards yeast infections, fatigue and high nervous system stress because they are typically “abusers” of stimulants, especially sugar and bread.

They find that sugar offers a temporary relief during their low cycles, and that bread offers comfort during their high-energy cycles (it slows and cools them down) so they use these substances constantly in a subconscious effort to balance themselves.

When a sanguine person learns to eat more balancing foods in general and to not abuse foods, they will become more balanced themselves and will usually struggle less with yeast infections and other illnesses.

When a sanguine person is acting dreamy or “not there,” check their sugar consumption or blood sugar levels.

Cholerics seldom vary their menu from one day to another. While eating, they bolt their food down in big chunks, often talking while chewing.

Beneficial foods for the choleric type are those that moisturize and cool such as liquids, juicy fruits and vegetables, warm soups, denser root vegetables, sea vegetables, legumes, and fish protein.

At the dinner table, melancholics are very picky eaters. It takes them forever to decide what to order at the restaurant but, once it arrives, they savor every bite. 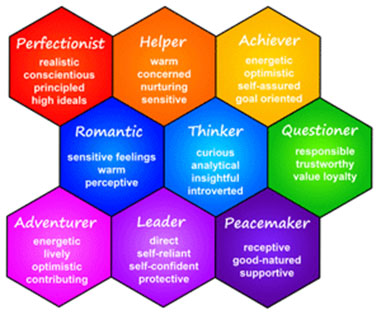 The most effective therapies for melancholic excess or ailments involve purging through the use of cleansing fasts or herbs such as senna pods (always use with cinnamon or cumin and limit to, at most, one cup per month). Warming foods, herbs and activities are good for this type.

Phlegmatic types are the most deliberate eaters of all and, invariably, the last ones to finish. This often results in their gaining weight easily because they stay too long at the table, or their being thin because they pick at their food and, because they chew it so well, they may not consume much.

They can maintain balance by keeping away from phlegm-inducing foods such as milk, wheat and sweets, eating more heating foods, and engaging in more heating activities. They benefit from the herbs anise, cinnamon, valerian root, fenugreek, cardamom, garlic, and ginger.

A simple method of balancing temperaments is proper food combining according to its hot or cold attributes. During the time of Prophet Muhammad (SAW), it was common to combine foods according to their properties as evidenced in the following Hadith: Aisha, Ummul Mu’minin, narrated, “The Apostle of Allah (SAW) used to eat melon with fresh dates, and he used to say, ‘The heat of the one is broken by the coolness of the other, and the coolness of the one by the heat of the other’.”

The simple observation of excess heat or cold in a person can allow a fairly accurate determination of how to achieve, to a large degree, their healing and health maintenance.

In general, you can observe excess heat (the sanguine or choleric element) in a person by noticing the presence of a high fever; feelings of being hot; easy fatigue; excessive thirst; bitter or burning sensations in the mouth; lack of tolerance for hot foods; enjoyment of cold foods and things; and suffering more during the summer or from inflammatory conditions. 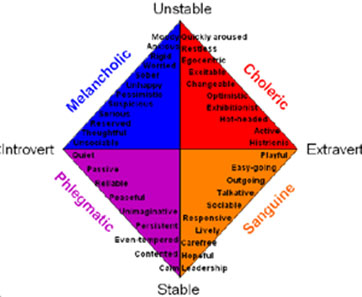 They are advised to limit their nuts and seeds, and to engage in “cooling” activities such as praying, meditating, yoga, tai chi, resting, sitting, and reading.

You can observe excess cold (the phlegmatic or melancholic element) in a person if they complain of weak digestion, lack of thirst, catarrhal conditions, suffering most in the winter, and being upset by cold things.

People with excess cold often respond better to sweets and modern medicines than do the other temperaments, who often react badly to them.

Phlegmatics or melancholics should also involve themselves in heating activities such as running, walking, intense exercising and other activities, and intense conversations.

Part Two of this series will deal with the psychological characteristics of temperament; Part Three will focus on using theories of temperament to discipline children, relate better to others, and improve both spiritually and mentally.