Birds are not generally perceived to be smart animals; in fact, it’s demeaning to call someone “bird-brained”.

But one day, I was reading a verse of the Qur’an involving a bird teaching early humans an important practice, which made me stop and think of the significance of the verse and the qualities of this specific bird, leading me to an interesting learning experience.

Here is the verse which is part of the story of the sons of Adam, Cane and Able: “The (selfish) soul of the other led him to the murder of his brother: he murdered him, and became (himself) one of the lost ones. Then Allah sent a raven, who scratched the ground, to show him how to hide the shame of his brother. “Woe is me!” said he; “Was I not even able to be as this raven, and to hide the shame of my brother?” then he became full of regrets-“ (Qur’an, 5:30-31).

My experience with the Qur’an is that when it singles out a creature, it means it literally and specifically, not broadly. It gives us a hint to look closer and study it deeper for a well of untapped knowledge.

So I assumed this should be the case with ravens since the verse clearly appoints this bird as a mentor for humans, and clearly shows that humans would be humbled by the solutions found by ravens for some of their critical problems.

As a result, I wondered: which animal is the most intelligent after human beings? Like many people, I thought of the dolphins for that honor, but after a very enjoyable online search, I was in for a big surprise. 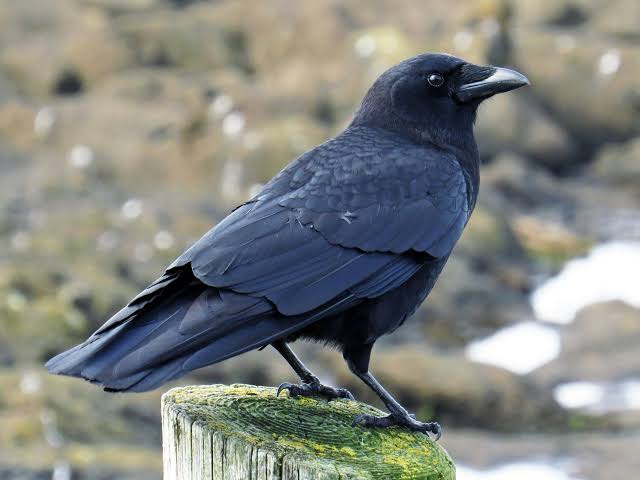 Latest research shows a very unexpected candidate for the top position in animal intelligence, the black bird, which many cultures consider as a harbinger of ill fate and death (maybe because of its solemn role of burial in the story above?), this super intelligent bird is the raven!

‘These birds use logic to solve problems and some of their abilities even surpass those of the great apes,’ they say.

In these experiments, ravens were given very complex tasks which they have never encountered before and they’re not programmed for doing naturally, yet they managed to succeed every time, finding creative, logical solutions to the tasks.

More surprisingly, they did it right the first time, every time, with no trial and error process whatsoever!

The experiments show that ravens were able to test possibilities in their minds in record time, select the most effective solution, and apply it correctly the first time they tried it, something that most intelligent creatures, cannot match.

Some experiments show that ravens are cunning enough to make other animals work for them to make their food scavenging easier, and to secure more than 90% of the prey others have hunted for them. Some have even learnt and taught others to make hunting tools. 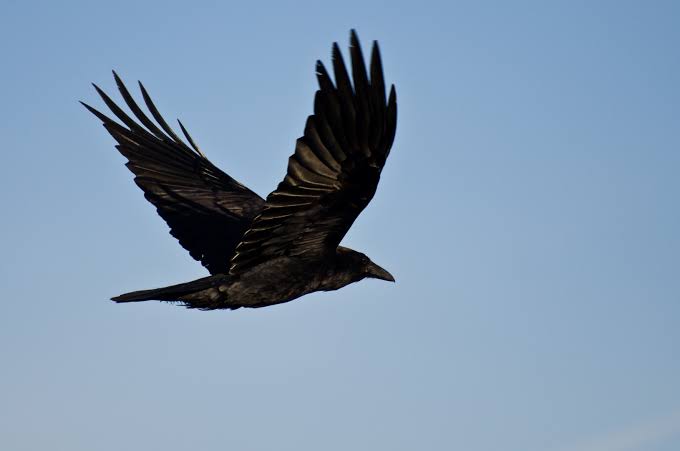 In one experiment, a raven fashioned a hook out of a piece of straight wire to fish the food out with it. In another experiment, where the food inside the tube is floating on a small amount of water at the bottom of the long tube, the raven first measures the tube using its beak, then drops the exact number of small pebbles in the tube needed to raise the water level enough for its beak to reach the food.

Seeing a video of the above experiments, I decided to try my own little experiment – on humans: I played the video where the raven uses the pebbles to a number of people of different ages, and stopped it right before it showed the raven’s brilliant solution, and then asked my audience what they would do if they were in its place?

The unanimous answer was “tip the tube, spill the water with the food, and grab the food” but they were amazed and humbled (exactly like the son of Adam in the Qur’anic verse) when they saw that the raven didn’t take the easy way out of spilling the water; but made sure that it got its food without disturbing or damaging the environment where it found it; a precious lesson that many humans need to learn..

Another incredible video shows the ravens in Japan which have been caught on CCTV cameras.

First, they learnt to throw hard-shelled nuts -that were too tough for them to crack- from high trees to the streets to crack them open and eat them.

Then they developed the process into throwing the nutshells in the path of speeding cars to crack them faster, and to avoid the risk of getting run over by heavy traffic, they refined their technique even more, learning to wait for the traffic lights to turn red keeping the cars at bay.

Then diving down quickly from treetops to snatch their food, all the while keeping an eye on the lights, and flying away safely as soon as the lights changed.

Ravens are also capable of teaming up to trap and kill a prey: two of the ravens would fly to the ground to block its escape route, while the others attacked it. This behavior suggests that they know what each other and the lizard are thinking, which is known as a ‘theory of mind’, say the scientists at Tel Aviv University.

Crows would even team up to solve problems set for them during experiments, and would recognize themselves when they looked in a mirror.

Another sign of their high intelligence is that they adapt to very different terrain, from deserts to mountains.

They learn to find food even in the harshest conditions, and they know how and when to use other animals to help them get a meal they couldn’t otherwise reach. “Ravens are cognitively equal to a two-year-old child,” says biologist Thomas Bugnyar.

Crows are very social species and live in large extended family groups, yet their few fights within a family are usually short and involve only a few pecks, they would only fight to death enemies endangering their families. Compare that with the behavior of the son of Adam who killed his own brother!

As they watch ravens pass test after difficult test, the researchers are wondering what purpose all this cleverness serves, since other birds get through life just fine with far less intelligence? Well, perhaps ravens have a higher purpose in nature than their simple bird life?

The Quran opens a great door of learning by showing the raven as a mentor to man. Ravens seem to be good teachers of logical thinking, creative problem solving, team work, strategic planning, and effective resource management – all while showing utmost respect to the environment.

So, perhaps this is the right time for us to learn from these intelligent creatures, as we seem to need their brain power the most to bring us back to our senses as peaceful guardians of planet Earth.

This article is from our archive originally published on an earlier date, and now re-highlighted for its importance