Female circumcision, or as is commonly termed by the West , female genital mutilation, has been a hot topic in many congresses and many NGOs (not to mention the media) for many years now.

The public, however, hasn’t been well informed on the subject, whether one means the West that hears about the subject in complete terror, or the East that practices the ritual in ignorance.

Dr. Abeer Barakat, assistant lecturer of public health, Cairo University, researched this subject in 1997, and with her study and some of our own research we will try to elucidate the public on this much discussed topic.

Several classifications of female circumcision exist; one of which (for simplicity) is the following:

In the WHO classification one additional type called Type 4 exists which includes all other unclassified practices involving female genitalia.

Where Did It Originate?

No satisfaction at all was present in 39% of infibulated women, 25% of those of 1st degree circumcision, and much less in the uncircumcised category.

It is difficult to ascertain whether it was originally an old African puberty rite that reached Egypt by diffusion or a Pharaonic survival plan that fits within the Egyptian cultural patterns and has subsequently spread to other parts of Africa.

In a Greek papyrus in the British Museum dated 163BC, reference is made to the circumcision of girls in “Mn Nefer” aka Memphis at the age when they received their dowries.

However, Elliot Smith, the Egyptologist, stated that there is no evidence of infibulation in pre-dynastic or later Egyptian mummies.

Among the various tribes inhabiting the West Coast of the Red Sea, the Kreophagoi were said to mutilate their sexual organs and excise the genitals of their women in the Jewish manner.

Jesuit missionaries and others have referred to the prevalence of excision in Ethiopia from the earliest Christian times.

The early Roman technique of slipping rings through the labia majora of their female slaves to prevent them from becoming pregnant, and similarly the chastity belt, introduced in Europe in the 12th century by the Crusaders, were intended as a barrier against unlawful sex. (The chastity belt was a chain belt that was locked and held a metal plate in the genital region with only an opening for urination.)

In the USA, a female circumcision and excision were forwarded by the Orificial Society, which was formed in 1890. Anthropologists for some of the original inhabitants of Australia have reported Introcision, or cutting into the perineum to enlarge the vagina as a puberty rite, in the past.

How Prevalent is It?

The practice of female circumcision is widespread in Africa. According to the Egyptian Demographic and Health Survey (EDHS) done in 1995, 97% of the ever-married females questioned had been circumcised. The prevalence was only 90%, however, with those with secondary or higher education as well as in the frontier provinces.

Female circumcision is not practiced neither in the majority of the Muslim Middle East, nor in the Arab countries of the Arabian Peninsula, with the exception of Yemen, the United Arab Emirates (UAE), Bahrain and Oman. In Bahrain, genital operations are rapidly decreasing, and consist of a cut made over the clitoris.

Documentation on the prevalence of different types of FGM began in the early 20th century with reports by European travelers and missionaries.

FGM is reportedly practiced among a few groups in Asia and among some in Australia.

Reasons Behind Its Performance 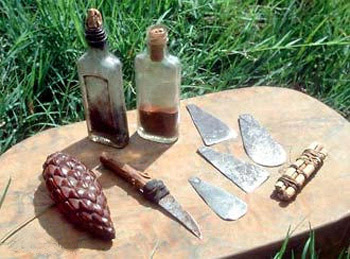 Whatever the origin of female circumcision, it did not originate in the Islamic tradition, contrary to popular belief.

Many reasons exist for people of different cultures to perform this operation and they vary as much as the cultures themselves.