With Allah’s personal invitation to Makkah extended to every able Muslim throughout every age, Allah continually guides the service upgrades to ease the Hajj experience.

And, considering the current realities of moving three million people a day during Hajj, every step of the journey clearly reveals the marvelous blessings Allah mercifully bestows upon his obedient pilgrims.

Estimated among the world’s largest air terminals, KAIA’s Hajj Terminal occupies over 510,000 square meters. There are 18 gates for up to 26 airplanes, 143 customs counters, 32 bathroom locations, several mosques, restaurants, and a 123-room hotel dedicated to Hajj pilgrims.

However, with the numbers rising to the current three million pilgrims arriving annually into Saudi Arabia for Hajj, airline services received a much-needed boost with the July 2015 opening of Prince Muhammad Bin Abdulaziz Airport (PMIA) in Madinah.

Spread over 4 million square meters, this is KSA’s first airport constructed and operated entirely by the private sector.

It is also tops in state-of-the-art green technology, being the first in the worldoutside of the USA to receive the US Green Building Council (USGBC) Leadership in Energy and Environmental Design (LEED) Gold Certificate.

Future plans and financing are also in the works to convert the domestic airport at Taif into an international airport serving additional pilgrims arriving for Hajj and Umrah. 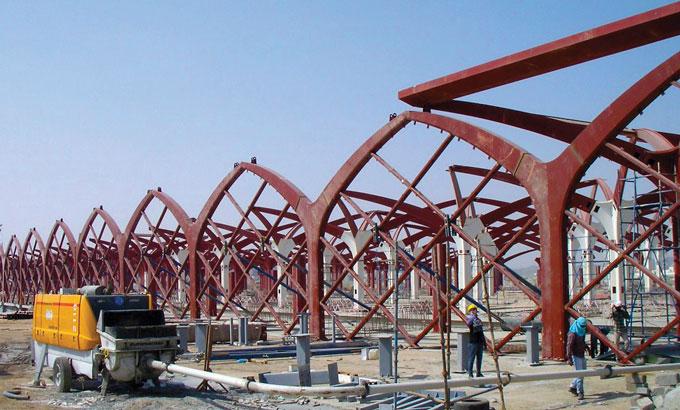 Long gone are the days of riding into Makkah on camels. Highways and byways, regularly congested with the traffic of Makkah’s resident population of over 1.6 million, becomes choked to a snail’s pace when buses, vans and taxis delivering pilgrims incessantly arrive to the area during Hajj.

Clearly the spiritual journey to perform Hajj is a physical challenge not encountered anywhere else in the world. There are no exercises to prepare for the physical reality of three million people inundating Makkah’s small, rocky valley in the month of Dhul Hijja like a flash-flood accompanying a sudden, torrential downpour.

Until recently, Makkah had no formal mass transit plan. However, KSA is currently undergoing a major transformation, infusing US$45bn into a regional railway, with projects such as North-South Railway Line, Al-Haramain High-Speed Rail, Riyadh Light Railway, and Makkah Metro.

Complementing Makkah Metro, a modern bus service is planned, with 400 buses on 100 routes, covering 36 million kilometers. A total of 400 bus stops throughout Makkah will connect with the metro at many locations. 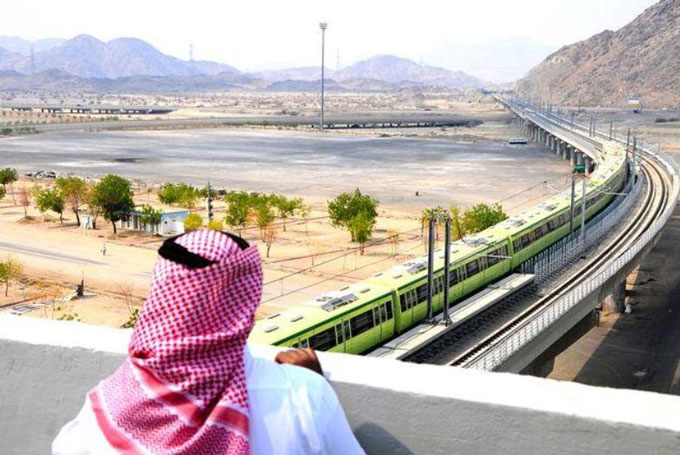 Khaled Shamouth, Chairman of Public Transport Authority in Makkah stated, “We are launching a mass transit system that will cater to the growing population of the city as well as the millions of pilgrims who visit Makkah every year,” he noted.

“We receive three million Haj pilgrims every year and more than five million Umrah pilgrims who visit the city around the year but mostly during Ramadan. This calls for a massive and innovative service. We are planning to have a metro network spread across 188 kilometres, served by 88 stations on four lanes.”

However, it significantly relieves traffic during Hajj, carrying 72,000 passengers in each direction per hour, daily transporting half a million pilgrims every 6-8 hours. 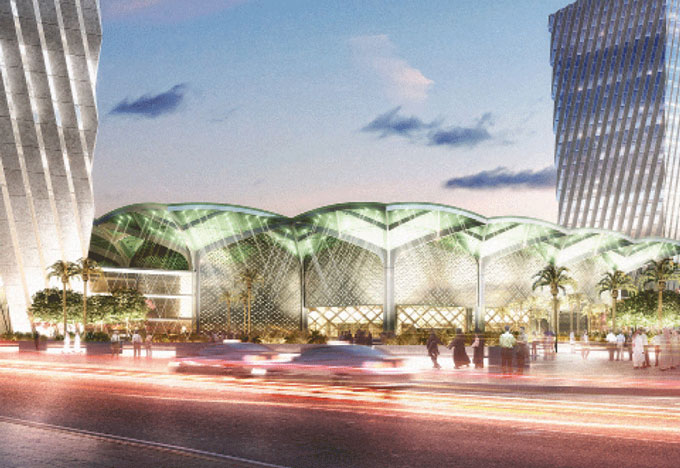 Four new metro lines are planned for Makkah, totaling 188km with 88 stations. To be constructed in two phases, the Makkah Mass Rail Transit (MMRT) expansion program is expected to require 10 years for completion.

Phase 1 consists of two lines scheduled for completion by 2019. The first of the two runs 10km, mostly underground, with six stations.

Serving the Jamaraat region in Mina via the northern side of the Grand Mosque, it will link up with the Rusaifa Al-Haramain high-speed station to the Makkah-Jeddah Expressway.

Both underground and elevated, the 33km second line will serve 15 stations. Starting on Madinah Road north of Taneem Mosque, this line runs south along the western side of the Grand Mosque, and via King Abdulaziz Towers, Azizia Street and Taif-Karr Road to Umm Al-Qura University. 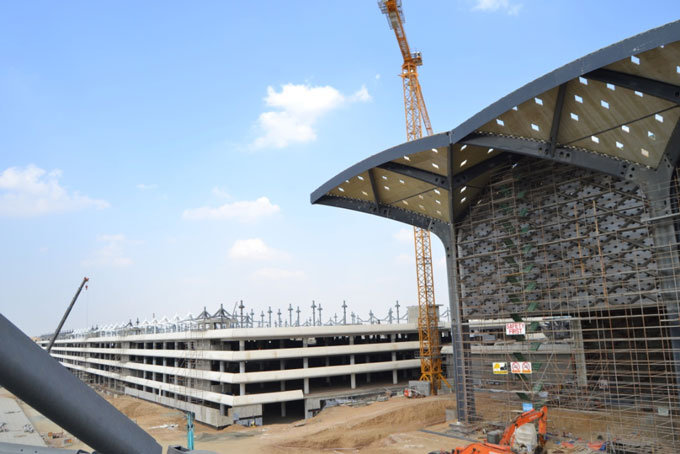 According to Dr. Saad A. Al-Gadhi, Project Director of Makkah municipality’s development organization, Al-Balad Al-Ameen Co. (BAC), the MMRT expansion is “fundamental to the transition from the existing inefficient private transport system to an integrated modern public transport network.”

Aware of the significant challenges facing Makkah, BAC notes that alongside Hajj pilgrims increasing, Makkah’s resident population is also predicted to double to 3 million by 2035.

Along every physical step of this spiritual journey, Allah’s ever-increasing mercy is evident in Makkah’s physical growth.

While all the noise and commotion of construction may seem like inconvenient intrusions, nevertheless, they are clear proof of Allah’s providence.

Witnessing the future paths of future pilgrims presently being constructed, we witness Allah guiding the future. Only Allah knows how to move a future 40 million people a day during Hajj. Insha’Allah, may Allah guide our grandchildren to be among them.