Whether Islam and modern science are compatible or not is not a straightforward question.

There is no doubt that Islamic principles encourage knowledge and its pursuit.

What could however be of doubt is this equivalence that we sometimes assume between knowledge attained through modern science, and knowledge that is praised in Islam.

These questions assume that science is always compatible with Islam. Is that assumption true? Are there obstacles that prevent such compatibility?

The word ‘elm, (‘knowledge’ in Arabic), and its derivatives were mentioned in the Qur’an more than 700 times. Also, the verses of the Qur’an and the sayings of the Prophet Muhammad (PBUH) that call for seeking knowledge are numerous.

Can Science be a Path to Obeying Allah? 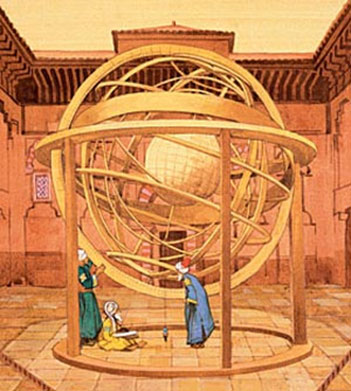 In today’s world, seeking knowledge is commonly believed to be attained mainly through science. Science indeed entails several aspects that could make it considered an act of worship.

First, the facts that are learned through science can be taken as a route for meditating Allah’s creation, realizing His signs, and glorifying His greatness. It is also an opportunity to understand many of the Qur’anic verses in light of new knowledge gained via scientific research.

On the other hand, there are ethical codes that are called for by Islam that are supposed to be followed in science, such as the use of proofs when making claims. A relevant verse in the Qur’an translates: «Say “Produce your proof, if you should be truthful”» (The Qur’an, 2:111).

In addition, the Qur’an warns of being guided by desires and inclinations in surat Al-Furqan where the 43rd verse roughly translates: «“Have you seen the one who takes as his own desire as his god? Then how could you be responsible for him?”».

Furthermore, with science we can develop tools that are beneficial to humanity such as medicines, heart monitors, etc. for the sick and needy. This is of course part of our role as successors on Earth.

These are some of the aspects that could make science a path consistent with Islam and a way to worship Allah. Yet, this is not the whole story. 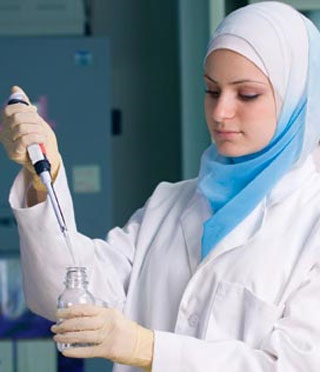 Over the past few centuries, the philosophy of science and its relationship to religion have significantly changed.

In Europe, during the late Middle Ages and early Renaissance periods, scientists that openly reported findings that were in contradiction with the Church’s contemporary interpretation of the Bible were putting their lives at risk.

A famous example to this struggle was the house arrest of Galileo Galilei by the Roman Inquisition, as a consequence of his take on the Copernican system (Gribbin, 2002).

After a long conflict with Christianity, science and religion were divorced and regarded as two separate entities, each having its own distinct set of sources.

The sources of one cannot interfere with the other, and hence the appearance of the terminology of secularism (Idris, 1988).

This kind of relation forms the basis of the current scientific paradigm, which gradually became established between the 18th and 20th centuries (Henry, 2001). Several problems arose with this new paradigm.

Science Under Catholic Guillotine vs. Science Through Islamic Microscope

In the Holy Qur’an (6:162) God commands Prophet Mohammad (PBUH): «Say, “Indeed, my prayer, my rites of sacrifice, my life and my death are for Allah, Lord of the worlds”».

A Muslim is expected to be doing everything for the sake of Allah. That includes working, eating, sleeping, doing science, and even having fun. It should all fit within a framework of worship.

Following a paradigm that is based on principles that go against such a perception of life could be tricky.

Does this paradigm of science affect the continuity of interaction between our actions as scientists, our intentions and our hearts that are worshiping Allah? Is it possible to fill one’s heart with Allah’s remembrance, even if the system does not allow the expression of what is in the heart? Is it possible to keep the heart alive and keep the priorities clear within such a paradigm?

Among the names of Allah is the (Absolute) Truth. When the paradigm of how knowledge is pursued does not seek guidance of the One who is the inherent Truth, directions of knowledge pursuit could lead astray.

One manifestation to this deviation is the pressuring culture of “publish or perish” which drives scientists to produce publishable results at all costs (Fanelli, 2010), a concern that is raised by Muslims and non-Muslims alike.

This is one level of the problem: not to have bias or personal interests that could interfere with seeking the truth in any way.

There is another level of conflict which is even more dilemmatic. A lot of research is performed for the sake of trying to understand new phenomena, and in many cases the ultimate goal is personal gain, whether it be money or glory, and not the knowledge in itself. 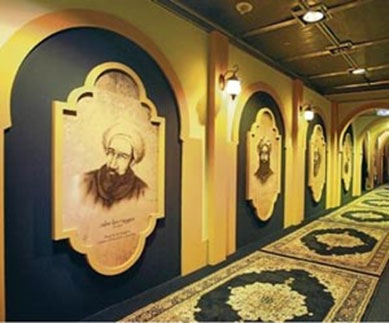 Both knowledge and money are perceived in Islam as responsibilities, as explicitly mentioned in the Hadith of the Prophet (PBUH):

“Every person will remain standing on the Day of Judgment until he is questioned about (four things): his life and how he spent it, his knowledge and how he utilized it, his wealth and how he acquired it and in what way did he spent it, and his body and how he used it”. (At-Tirmidhi)

We should therefore continuously ask ourselves: Are we truly implementing the recommendations of the prophet in the contemporary paradigm of scientific research? Are we optimizing the use of money that we are accountable for?

For example, the independent drug bulletin, La revue Prescrire, which analyzes the clinical value of every new drug product or new indication approved in France, found that during “the decade 2002-2011, only 8 percent offered some advantages and nearly twice that many – 15.6 percent – were judged to be more harmful than beneficial. A mere 1.6 percent offered substantial advantages” (Light, Lexchin, & Darrow, 2013).

Had this money been directed at lifting people from poverty, and the health risks associated with it, many deaths and diseases would likely have been prevented.

Is this not one of the goals of scientific research (biomedical research in this case)? Why then are the fruits of this endeavor, such as medical drugs, largely limited to those who can financially afford it?

My purpose is not to dictate what countries or pharmaceutical companies should or should not do. However, a re-thinking of our priorities as human beings in terms of what we perceive as important may be in order. This prioritization is an integral part of optimizing the use of money we are accountable for.

I am also not attempting to ask countries to choose between spending money either on scientific research or helping others in need. Both can simultaneously be implemented.

These reflections are meant to stimulate the reader’s mind to re-analyze the widely spread perception of science, but they are not a clear-cut opinion that is directed towards a certain answer.

Certainly, the benefits that science brings to the world should not be denied. However, we should attempt to position ourselves according to our frame of reference (the Qur’an), to think about where we are heading, what points we should keep in mind when pursuing knowledge, and hopefully what improvements we can bring to our communities whenever possible.

This article was first published in 2016 and is currently republished for its importance.