Kurt Gödel was an American logician, mathematician and philosopher of Austrian descent.

As one of the iconic logicians in history, alongside Aristotle and Gottlob Frege, Gödel’s work was recognized years after his death in 1978. Was his work attempting to prove the existence of a Supreme Being for the Universe?

Gödel’s theories have since been picked up by other scientists who have attempted to prove the existence of God through mathematical formulae. While apparently there have been some findings of the existence of God, there are many shortcomings to the research itself, requiring further investigation and probably trial runs. 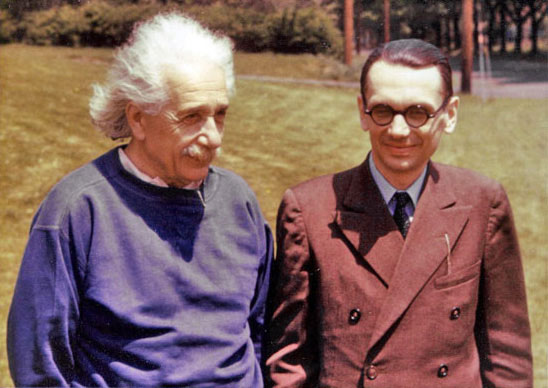 While I am personally not a person with scientific prowess, and with all due respect to these scientists who are adamant in proving the existence of God through such high-tech means, the manifestation of His existence really surfaces all around us and it really does not require such complicated means to prove the same.

In fact, reading up on Gödel reminds me a lot about high school where in a conversation with a non-Muslim friend, she insisted that God did not exist at all. Funnily enough, this cropped up during physics class where we were discussing the Big Bang.

She mentioned that God did not create this earth, but the earth originated from the Big Bang. When I asked her who created the Big Bang, she replied that, “it just happened” and science was all that is needed for the world to trawl on.

Humans are born with the natural inclination to worship a Creator.

Fitrah is also strongly connected to nature. Children, who are the closest to fitrah – untainted and untouched by negativity in their surroundings, are often extremely close to nature. It is known that it was the customs of the Arabs to send their children to the great outdoors as babies, so that as children they would be able to enjoy the desert and animals, rather than be running the streets of a congested city.

Prophet Muhammad (SAW) spent a few years of his life in the desert before returning to Makkah and possibly his exposure to nature in his early years helped with his physical, mental and emotional well-being and that became a strong foundation before he attained Prophethood.

Children see a lot in nature, and the manifestation of God’s existence is basically everywhere in the environment. Children may love to watch birds pecking at food; or they may enjoy picking up flowers; children by the beach or by a lake will play with water.

Children are also enthralled by insects: ants, bees, and the like. They also talk about different structures, like trees and mountains. While this may seem elementary, we can learn a lot from the inquisitiveness of children who are inclined to be very connected with nature, and therefore, God. 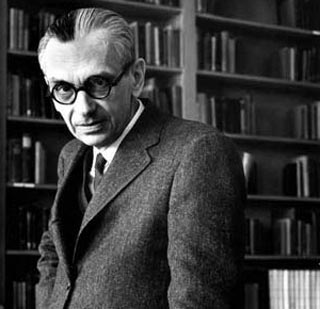 With respects to birds, the Qur’an says: “Do they not see the birds held (flying) in the midst of the sky? None holds them but God (i.e. none give them the ability to fly but God). Verily, in this are clear signs for a people who believe (in the oneness of God).” (Surat An-Nahl: 16:79).

Scientists have long studied the flight of birds and their migration routes. They have found such precision in the departure and arrival of birds from one place to another and their ability to navigate even on debut journeys, as very young birds. Their ability to do so can only manifest if God takes control over all of the above, in which He does.

The Qur’an also talks about the healing properties of honey, which is also considered the medicine of all times. “There issues from within their bodies (bees) a drink of varying colours, wherein is healing for men.” (Surat An-Nahl: 16:69).

Honey is such a poignant remedy for nature enthusiasts. Even scientists acknowledge the long list of the benefits of the same, spanning from an ingredient for a robust immune system to a remedy for colds.

The Qur’an mentions water several times in its passages as well: ”Have those who disbelieve not known that the heavens and the earth were joined together as one united piece, and We parted them? And We have made from water every living thing. Will they not then believe?” (Surat Al-Anbya’: 21:30).

Science reinforces our need for the consumption of plain water for survival and scientists have also “discovered” the earth’s dependency on its major constituent – water. The Qur’an also talks about geology: “Have We not made the earth as a resting place, and the mountains as pegs?” (Surat An-Naba’: 78:6-7).

Elementary geology classes tell us about the structure of the earth’s thin crust and how “pegs” are needed to hold the crust together. We know that trees do this at the micro level, but mountains are huge pegs that hold the bigger planes in one place and prevent them from crumbling in torrential weather.

Though these examples may seem abstract, it does not take rocket science to figure out that these miracles are proof that their creation is of another kind – definitely not manmade! And while it is not rocket science, it does require deep reflection on one’s part.

Fortunately, the human race has already been blessed with great intellect; it just takes time and sincere effort to discover the truth. God says: “And He has subjected to you, as from Him, all that is in the heavens and on earth: behold in that are Signs indeed for those who reflect. (Surat Al-Jathiya: 45: 13).

While God talks about the connection between nature and those who reflect in His existence in relationship to the miracles seen in nature, there is also evidence that children who spend more time outdoors also develop greater intellect. So it is also true that the closer we are to nature, the more polished our intellect, and the closer we become to God.

Author and clinical psychologist Kay Redfield Jamison writes about the importance of children being outdoors to cultivate their intellectual prowess. Amongst the benefits of playing outdoors, includes: improving multi-sensory stimuli, stimulating creativity and inquisitiveness, and reducing anxiety, while building confidence and self-esteem.

Children also become more in touch with themselves and with others just by spending time with nature, indicating that being around God’s creations imbues senses of empathy and kindness.

Seeing things in nature and connecting with the environment is therefore linked to overall health, including intellectual prowess that sees beyond mathematical logic and scientific formula.

The conscious acceptance and reverence of a Supreme Being as the Creator of the world and everything within it cannot necessarily be quantified, but the signs of God’s existence are always there.

Although Gödel was very much a mentee and a friend of Albert Einstein, their views differed slightly with respects to science and religion. While Einstein also went through a journey of discovery as to the existence of a God, in the end, he did believe that “science without religion, is lame; religion without science is blind.”

Gödel on the other hand, believed God was “more personal” but held religions with respect and even believed in the existence of an afterlife. He was even quoted to having said, “I like Islam – it is a consistent idea of religion and open minded.”

Proving the Existence of God through Gödel

While scientists will continue to work on factual evidence that God certainly exists, probably many of them are spinning off on the works of great minds like Gödel and Einstein. It would be interesting to find a complicated mathematical formula or computer program that can finally point towards the existence of God.

But as far as the eye can see, the signs of a Creator are all around us. And with due respect to scientists and their respective fields and the interesting work that they do, one really does not need to have an advanced academic degree in science to see the manifestation of God’s work in the scientific design of the environment. 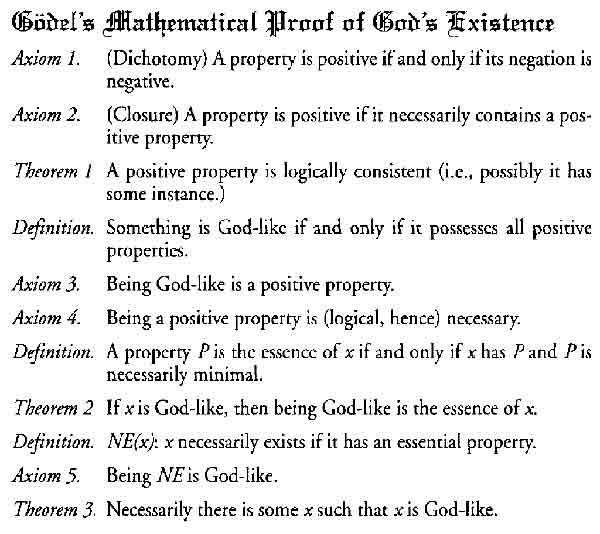 Editor’s Note: This article is from our archive, originally published on an earlier date, and now republished for its importance.