For us, Muslims, Allah taught us: “O believers! Fasting is prescribed for you as it was prescribed for the people before you so that you may become pious….” (Surat Al-Baqarah 2:183).

There are different types of fasting. For example Sayyeda Hafsah Bint Umar al-Khattaab (May Allah Bless Her Soul) Prophet Muhammad’s wife, described to us the healthy weekly fasting of Prophet Muhammad (SAW), she said: “The Prophet used to fast Mondays and Thursdays.” [Al-Bukhari].

Prophet Muhammad (PBUH) advised us telling `Abd Allah bin `Amr bin al-`As: “Fast one day and break your fast one day. This was the fast of David (peace be upon him), and it is the best of fasts.” [Sahih al-Bukhari 1840].

In parallel with these Islamic teachings, a new scientific study discovered that losing body fat can be facilitated by both light evening exercise and fasting.

Making muscles burn more fat and less glucose can increase exercise endurance, but could simultaneously cause diabetes, says a team of scientists from Baylor College of Medicine and other institutions.

Mouse muscles use glucose (carbohydrate) as fuel when the animals are awake and active and switch to fat (lipid) when they are asleep. The team discovered that disrupting this natural cycle may lead to diabetes but, surprisingly, can also enhance exercise endurance. The switch is controlled by a molecule called histone deacetylase 3, or HDAC3.

This finding opens the possibility of selecting the right time to exercise for losing body fat, but also raises the concern of using HDAC inhibitors as doping drugs for endurance exercise. The study appears in Nature Medicine.

“How the muscle uses glucose is regulated by its internal circadian clock that anticipates the level of its activity during the day and at night,” said senior author Dr. Zheng Sun, assistant professor of medicine—diabetes, endocrinology and metabolism, and of molecular and cellular biology at Baylor.

“The circadian clock works by turning certain genes on and off as the 24-hour cycle progresses. HDAC3 is a key connection between the circadian clock and gene expression. Our previous work showed that HDAC3 helps the liver alternate between producing glucose and producing lipid. In this work, we studied how HDAC3 controls the use of different fuels in skeletal muscle.”

Skeletal muscles, the voluntary muscles, are important in the control of blood glucose in the body. They consume most of the glucose, and if they develop insulin resistance and consequently are not able to use glucose, then diabetes likely will develop.

To study the role of HDAC3 in mouse skeletal muscle, Sun and colleagues genetically engineered laboratory mice to deplete HDAC3 only in the skeletal muscles. Then they compared these knocked out mice with normal mice regarding how their muscles burn fuel. 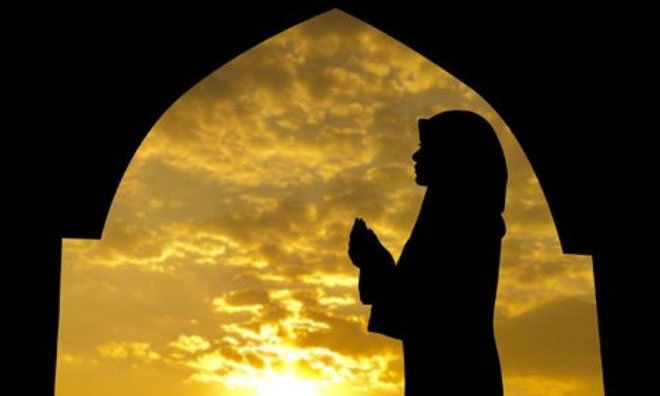 When normal mice eat, their blood sugar increases and insulin is released, which stimulates muscles to take in and use glucose as fuel. “When the knocked out mice ate, their blood sugar increased and insulin was released just fine, but their muscles refused to take in and use glucose,” said Sun. “Lacking HDAC3 made the mice insulin resistant and more prone to develop diabetes.”

Yet, when the HDAC3-knocked out mice ran on a treadmill, they showed superior endurance, “which was intriguing because diabetes is usually associated with poor muscle performance,” said Sun. “Glucose is the main fuel of muscle, so if a condition limits the use of glucose, the expectation is low performance in endurance exercises. That’s the surprise.”

The researchers then studied what fueled the HDAC3-knocked out mice’s stellar performance using metabolomics approaches and found that their muscles break down more amino acids. This changed the muscles’ preference from glucose to lipids and allowed them to burn lipid very efficiently. This explains the high endurance, because the body carries a much larger energy reservoir in the form of lipid than carbohydrate.

“Switching muscles from using carbohydrates to lipids could increase exercise endurance, especially for low-intensity exercise.” The study suggests that HDAC inhibitors, a class of small molecule drugs currently being tested for treating several diseases, could potentially be used to manipulate such fuel switch in muscle and therefore raises concern of doping.

The team performed a number of functional genomics studies that established the link between HDAC3 and the circadian clock. “In normal mice, when the mouse is awake, the clock in the muscle anticipates a feeding cycle and uses HDAC3 to turn off many metabolic genes. This leads the muscles to use more carbohydrate,” said Sun. “When the animal is about to go to sleep and anticipates a fasting cycle, the clock removes HDAC3. This leads the muscles to use more lipid.”

Although these studies were done in mice, the researchers speculate that human muscles most likely will follow the same cycle. The study opens the possibility of promoting body fat burning by increasing exercise activity during the periods in which muscles use lipid, which is at night for people. “Losing body fat would be easier by exercising lightly and fasting at night,” said Sun. “It’s not a bad idea to take a walk after dinner.”