Fasting Hours | Fasting this year will range between 9 hours in the south of the world, and 20 hours in the north.
aaa

With anticipation, happiness and excitement mounting, Muslims from every corner of the Earth are busy with Ramadan preparations.

Every Hijri year arriving 11 days earlier than the last one in respect to the Gregorian (solar) Calendar, its Hijri lunar months are cycling Ramadan through the seasons.

Like tawaf around the year in a counter-clockwise fashion, the full cycle of Ramadan through the four seasons of a year takes approximately 33 years to accomplish.

Similar to last year and since 2007, the majority of the Muslim World which is located in the Northern Hemisphere is celebrating Ramadan this year in some of the longest and hottest days of summer.

The world’s 1.6 billion Muslims fast for varying numbers of hours depending on their location on our big blue sphere, and Allah, as informed by His Apostle, will reward everyone for this.

Some Muslims in some regions of the world will refrain from food and drink for as long as 20 hours, yet as mentioned in the Qudsi hadith: on the authority of Abu Hurayrah (may Allah be pleased with him) from the Prophet (peace and blessings of Allah be upon him), who said:

“Allah (mighty and sublime be He) says: “Fasting is Mine and it is I Who give reward for it. [A man] gives up his sexual passion, his food and his drink for My sake.” Fasting is like a shield, and he who fasts has two joys: a joy when he breaks his fast and a joy when he meets his Lord. The change in the breath of the mouth of him who fasts is better in Allah’s estimation than the smell of musk.” It was related by al-Bukhari (also by Muslim, Malik, at-Tirmidhi, an-Nasa’i and Ibn Majah).

References to daylight and night hours are given according to the geographical measurement of latitudes which merely represent physical locations on Earth.

A latitude is defined as “the angular distance north or south from the earth’s equator, measured through 90 degrees.” Together with longitudes, imaginary vertical grid lines circling the earth, they allow pinpoint precision of geographical locations.

The length of daytime on any date, and therefore the length of fasting hours, is the result of visible sunlight, as may be apparent at any given coordinates on Earth.

Unlike gaseous celestial bodies, the Earth is a rocky planet; thus time passes similarly with the same pace in all its locations, depending on the latitude.

But, it is the angle of the sun in relation to the Earth’s horizon at any given location which determines the length of daylight hours.

As explained by Mathforum.org, during the summers of high and low latitudes such as that of Alaska and Antarctica respectively, the sun sets at a relatively shallow angle to the horizon. “Thus it takes longer at higher and lower latitudes for the sun to get a given angular distance below the horizon.”

Additionally, refraction of sunlight inside Earth’s atmosphere increases the length of time before visible sunset, as well as the earlier visible appearance of light from the sun.

Provided for 2014/1435 by the Abu Dhabi-based International Astronomy Centre in the United Arab Emirates (UAE), the global map of fasting hours is basically unchanged for this year, 2016/1437.

Calculated for the 15th of Ramadan, the slight difference of daylight hours and minutes which occurred in the slippage of 11 days doesn’t result in a change to the average fasting hours recorded for the delineations of latitude on last year’s map. 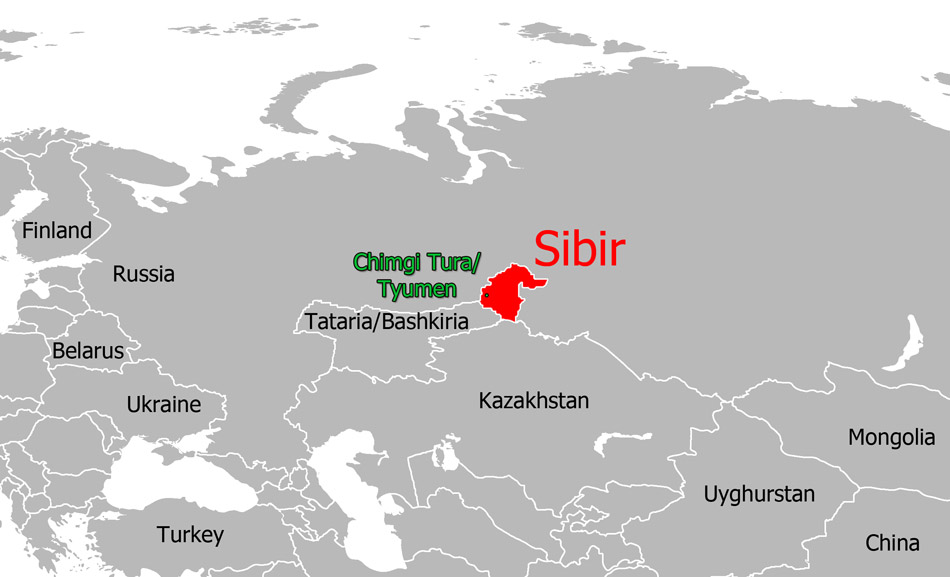 A sample of Ramadan fasting hours for a few locations across the broad spectrum of latitudes is also provided, based on the starting date for Makkah, with calculations provided by Islamic Finder.

In the Southern Hemisphere, currently experiencing winter, fasting hours are as short as ten hours.

In the Northern Hemisphere, currently experiencing summer, the range of fasting hours extends up the latitudes to a maximum of around 20 hours.

Praying at the extreme north and south latitudes, as covered by Islamic ruling, has some leniency allowed due to the apparent number of sunlight hours in the summer season.

Since Ramadan comes this year in the north hemisphere during summer, Muslims at regions close to the North Pole face two problems. The locations that lie north of the latitude circle 50°N lack the differentiation between Fajr time and Ishaa’. Thus, Muslims there are advised to use Time Zones of neighboring areas south the latitude of 50 degrees who have normal times for Fajr and Ishaa’.

Moreover, Muslims who live in regions north of latitude circle number 67°N have summers with no sunsets at all. Hence, Islamic scholars and jurists advise Muslims living there to use the sunrise and sunset timings of neighboring southern areas which have normal timekeeping for sunrises and sunsets.

Who can count the mercies of Allah? In the extreme latitudes during summer months when the days are their most lengthy; Allah designated cooler climates for the inhabitants of these lands.

For example, the northernmost Muslim country of the world which is Sibir (aka Tyumen or Tümen) at 57°N latitude will start Ramadan this year by fasting from 1:36 am until 9:27 pm, a total of 19 hours, 51 minutes.

Even though, the Siberian Tatar Muslim capital city, Tyumen, in southwestern Siberia reported only 12°C on this same date.

No matter what the temperature may be during Ramadan, Siberian Tatars are always ready with their balanced diets which are formed of beneficial nutrients that keep them well-nourished during the Holy month in the harsh Siberian weather conditions.

Some popular Siberian Tatar dishes are shared with the rest of the Islamic World while others are unique for this Muslim nation. These vitamin-rich dishes include Şulpa, pilmän, bäliş, pilaw, porridge and talkan. Fish soup and various fish dishes are also common.

Calcium-rich milk products from Sibir include types of sour cream, butter, cottage cheese, and yogurt with water which are all suitable for a nutritious suhur meal. Sibir’s Tatars hydrate themselves by tea, airan, fruit juices, and fermented mare’s milk.

They also provide their bodies with energy through the sugary desserts of Çäkçäk, baursaki, sansu and halvah. Glucose intakes from these desserts allow the bodies of Siberian Tatars to sustain and endure the long fasting hours which the high latitudes of Sibir witness in summery Ramadans.