Nitrogen and phosphorus within fertilizers contaminate the soil and water, they get washed into the river when it rains and accumulate in estuaries.
aaa

“Do not corrupt the earth after it has been set right. Call on Him in fear and aspiration. Indeed, the mercy of Allah is near for the good-doers”  (Quran 7:56)

My childhood was rather colorful. The privilege of growing up in both the city and village made me appreciate the beauty and importance of nature.

I remember the days when my cousins and I used to fish at a small open drain in front of my grandma’s ‘Kampung-style’ house. Yes, it was only a drain to accommodate water surplus when rainfall got heavy, yet it was so clean that fish and other kinds of water animals could survive.

Nothing made me happier in those days than the sight of a jumping fish, a swimming frog, and the crystal-clear stream.

That was more than two decades ago. Now things have surprisingly changed. My subsequent trips to the village no longer thrilled me as I saw the once lively drain (as I child, I considered it as a mini-river) getting dried up and dirtier each day.

On one trip I was shocked to see the water inside black and turbulent, with green algae dominating another part of it. No fish or animal could possibly survive in such a polluted condition.

My heart broke as I thought of the happy shoals of fish I played with. Why did they have to pay the price of humans’ greed and carelessness?

The earth today is in dire need of proper governance, preservation of nature and balance. It has come to a stage where one single species, human beings, are pushing against the limits and thus chasing away the other species (animals and plants) to extinction.

Men are pursuing so many destructive activities, either deliberately or out of negligence that they seem to forget that the repercussions will eventually come back to the human species. As we threaten the lives of animals and plants on top of polluting the earth, we are merely putting ourselves on the verge of destruction. 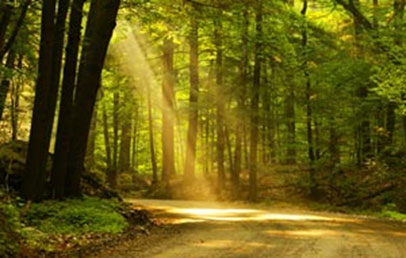 Energy, whose main source is fossil fuel, followed by oil and gas, is the main drive of the world economy. The burning of fossil fuel gives rise to carbon dioxide which, together with other greenhouse gases such as methane and nitrous oxide trapped heat in the atmosphere and warmed the earth.

Essentially this heat is needed for human survival but the current phenomenon shows an excessive release of greenhouse gases and the subsequent temperature increase in various parts of the world.

This, in turn, leads to the melting of glaciers and the rise of sea-level with all their dangerous implications such as coastal erosion, floods and threatened livelihood especially among inhabitants of small islands.

As the concentration of carbon dioxide goes up, the earth, already in a compromised state, tries to cope by having the gas dissolved into the ocean. It may first seem like good news as it means the amount of carbon dioxide will remain more or less balanced as part of the burden is transferred to the sea.

But this process poses harm to marine life. Increased ocean acidity renders life impossible for fish and other marine species. Carbonic acid resulting from the absorption of carbon dioxide into water threatens the lives of animals that rely on calcium shells for protection. So far it is estimated that the ocean’s acidity has increased by 30% due to excessive carbon dioxide emission.

Even though urban cities seem to always appear as the main culprit, studies have shown that the majority of lands exploited by humans are used for agriculture and farming in order to produce food.

The pressure of producing more food to feed more mouths, (or merely to meet the demands for food which may be unequally distributed), lead to the usage of chemical and organic fertilizers.

Farmers have no choice but to produce as much as possible, even at the expense of the soil and environment.

As a result, nitrogen and phosphorus within the fertilizer contaminate the soil and water, often get washed into the river when it rains and accumulates mainly in estuaries. Sudden loading of these nutrients into the water causes algal bloom which eventually destroys various animal species directly and indirectly. 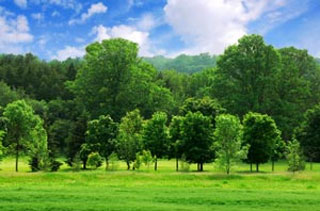 Theoretically, the amount of fresh water on earth is said to be able to cater to the needs of 7-8 billion people. However, such a situation happens only under the very ideal condition assuming that water stays free from contamination and wastage.

Human activities, unfortunately, have resulted in a vast amount of pollution of freshwater sources. There has also been the overuse of fresh water worldwide (of course with a great degree of imbalance between countries), where men consume water at a faster rate than its natural replenishment.

Seventy percent of fresh water is used for irrigation, while twenty percent is consumed by industries and ten percent by domestic activities. With the projected further rise of population, the water crisis is likely to occur in the near future (already happening in some parts of the world).

More and more land is being explored to provide for men’s numerous necessities and meet their never-ending demands. Forests are being cleared for a number of reasons: logging (legal and illegal), farming and agriculture, housing, urban planning and so forth.

Bear in mind that the human population has increased roughly ten times since the industrial revolution era, and is expected to reach nine billion by 2040 or 2050. There is no sign of an end to all destructive activities which are already by now, out of control.

More animals are dying than before and humans are killing exotic plants before they could even come to know these plants’ existence and possible value.

The list is much longer than what has been mentioned. Other environmental problems that are also man-made include ozone depletion, air pollution, chemical pollution and loss of biodiversity.

Humans are ruthlessly transgressing planetary boundaries without any sense of responsibility and regret. Until they stop and undo the damages they have done, men eventually will self-destruct just the way they drive other species away. 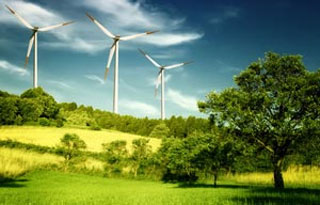 God says in the Holy Quran: “Corruption (damage) has appeared throughout the land and sea because of what men have done with their hands….” (Surat Ar-Rum 30:41).

This verse implies that when men are not careful enough, or when they manage the earth mainly based on greed and economic profits destruction will ensue.

This ruin is both a form of divine punishment and a reminder to humans that they hold the obligation and accountability to appreciate the resources offered on Earth, preserve the environment while chasing after economic development, managing the earth efficiently, and upholding social justice.

Despite the verse confirming the damage humans have done (and perhaps will continue to do in the future), there is another verse where God expresses His pride and pleasure after creating men.

God says in Surat Al-Baqarah, verse 30: ‘And when your Lord said to the angels, “Indeed, I will make upon the earth a successive authority (representative).” They (angels) said, “Will You place upon it one who causes corruption therein and sheds blood, while we declare Your praise and sanctify You?” Allah said, “Indeed, I know that which you do not know.”

The angels certainly had strong reasons to doubt the creation of men as humans have only proven their suspicion true; men have corrupted the earth and shed blood.

God on the other hand, with His infinite knowledge and wisdom, has deep faith in humanity. He replies back to the angels, ‘I know what you know not.’

These beautiful divine words clearly show that as much as humans destroy and kill, they have an equal capability (if not more) to reverse, repent, learn, build, prosper, cherish, show compassion and spread justice.