Ancient Egyptians were the first to conduct Apitherapy
aaa

Through the ages bees have played a significant role in Muslim cultures. In fact, the value of bees was so great that before an important battle Abu Bakr As-Sidiq told his general, Yazid Ibn Abi Sufian, “Do not burn bees and do not scatter them.”

Surah 16, An-Nahl aka “The Bee”, in the Qur’an also speaks of the importance of bees in Islam. In Surah 16, verse 69 states: “from their bellies come a drink of various colors, wherein is healing for mankind.”

Many people interpret this “drink” to mean honey; however, bees also produce another healing drink in their bodies – Bee Venom (BV).

Bee Venom is a complex mixture used by the bees to protect their hives against predators. Bee Venom Therapy (BVT), also known as apitherapy, is a popular healing method that uses this venom. 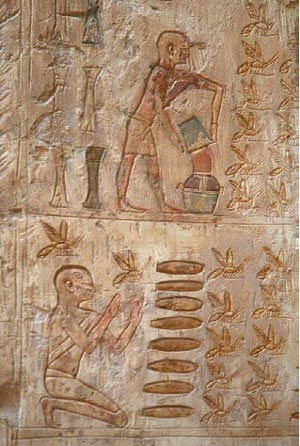 BVT consists of using bee stings to treat symptoms of certain diseases. BVT can be performed by a doctor, a therapist, a beekeeper or a patient who is taught how to properly use the bees (Rothfeld).

Some physicians use BVT by taking sterilized venom and injecting it under the skin, imitating a bee sting. Other doctors claim that venom loses part of its effectiveness when tampered with and they insist on having their patients stung in the traditional manner.

However, apitherapists all over the world agree that taking injections is easier than handling the bees themselves and that injections produce almost the same noticeable results.

Apitherapy was practiced as far back as the ages of the Ancient Egyptians and Hippocrates, who called it “a strange and mysterious medicine.”

However, although Bee Venom Therapy has a long history, it remains as much of a mystery today as it was in the time of Ancient Egypt.

From Ancient Egypt to Modern Ages 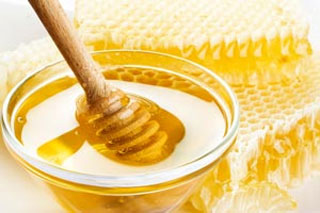 In an effort to uncover this mystery, Georgetown University in Washington D.C. conducted a study of Bee Venom Therapy (CNN).

In fact, many studies cite Bee Venom as a valuable cure. Additional studies show that Bee Venom can cure almost anything from osteoarthritis to cancer.

In each disease, Bee Venom produces a unique reaction that assists the body in healing itself. In cases of osteoarthritis and rheumatoid arthritis, BVT has been known to reduce pain and swelling.

While no conclusive treatment has been discovered for rheumatoid arthritis, Bee Venom has been very effective in treating the affliction, according to a study on animals.

On humans, Dr. Bodog Beck, in 1935, already recorded a remarkable number of case improved by BVT. A hospital has also used Bee Venom therapy and reported real improvement in 66% of cases treated.

Some substances contained in Bee Venom stimulate the production of cortisol by the adrenal gland. Cortisol is one of the most effective anti-inflammatory agents. Another peptide found in BV is known to have anti-inflammatory effects a hundred times stronger than any drugs (Manukahoneyusa).

Bee Venom has also helped in curing diseases like scleroderma, asthma, and ulcerative colitis through a stimulation of endogenous cortisol. Bee Venom Therapy has also shown its effectiveness on injuries – both acute and chronic – such as tendonitis, neck and back pain aches.

In those cases, the effects are probably due to an anti-inflammatory action involving the humeral and cellular immune response to foreign proteins (Primushost.com). In fact, one of the greatest successes of BVT is that it can cure many kinds of chronic pain which cannot be cured by any drugs.

Dr. Leo Roy reports that he treated a woman who had suffered from migraines headaches for 15 to 18 years until she had been treated with Bee Venom: “I injected her ten to twelve times… her case is truly an example” he says (Beelief.com). 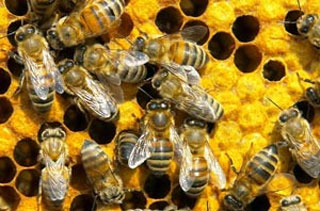 However, Bee Venom does not just numb pain. It seems to have positive effects on individual organs as well. Scientists from all over the world have found that bee products can significantly ameliorate Liver Cirrhosis (LC).

LC is a disease by where normal liver tissues die and the organ becomes filled with more fibrous ones, greatly affecting its ability to function normally. The most common cause of this disease is alcohol abuse, but it can also be caused by malnutrition or iron stock.

“A Romanian study showed that up to 50% of persons suffering of liver cirrhosis have been cured by bee products, for they stimulate, nourish and regulate the functioning of the healthy liver cells and inhibit the non-healthy ones” (Santigu).

BVT has also been found useful in curing cases of Multiple Scleroses (MS). MS is a deficiency of the neurological and immunological systems, often due to a nerve infection, viruses or depression. BVT has already improved the state of many MS patients.

However, in order to use BVT on MS it requires a certain amount of skill on the part of the practitioner. Bee Venom helps the body to increase immune responses, nourish cellular membranes, clean intestines from toxins, promote healthier blood and provide more energy, as it is a water-soluble blend of proteins (Beelief.com).

Finally, BVT has been used in cases of cancers that are caused by “non-sufficient healthy blood”. Scientists have shown that Bee Venom contains different substances that improve the blood flow in the afflicted organism. Thus, BVT is used to help heal scar tissues by softening and breaking them down (CNN).

To make use of these wonderful cures, many people call the nearest beekeeper. However, some people prefer to administer injections themselves. BV injections were developed by Ketshy in 1928 (Santigu).

BVT has even replaced some synthetic drugs because of its almost non-existent side effects. BVT is so effective, in fact, that the U.S Army has also studied its qualities (Rothfeld).

Studies done by the U.S Army found than Bee Venom contains at least 63 components that have pharmaceutical properties including: 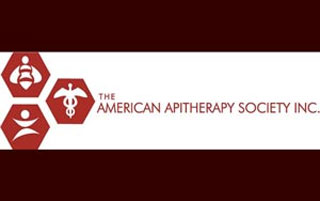 Even though promising it may sound, Bee Venom Therapy is not completely without risk. The first reactions to a bee sting are redness, swelling, pain and itching, which are not usually life threatening but are very uncomfortable.

However, as some people have severe reactions to bee stings, a sting-test is often necessary before embarking on any bee therapy program.

A person’s reaction to bees must be monitored by a professional because, “Many people who have had severe local reaction to bee sting, which an apitherapist would consider a positive effect, are incorrectly considered to have allergies to bees,” says Dr. Rothfeld.

From the above examples we can understand better what the Prophet Mohammad (SAWS) meant when he said, “I prohibit killing four creatures in this earth: ants, bees, hoopoes and sparrow-hawks.” Bees are one of the miracles of Allah, the Almighty (Sunan Abu Dawud). As further proof of the value of bees: beekeepers tend live longer than the rest of the population.

This article was first published in November 15, 2001 and is currently republished for its importance.