Hajj | Pilgrims to the Holy Lands were facing a significant health hazard due to the especially crowded conditions of the pilgrimage.
aaa

Medical sciences have witnessed unprecedented developments in the past decades that have resulted in better health care systems.

Last decade, the World Health Organization‘s World Health Report for the year 2000 ranked the Kingdom of Saudi Arabia 26th in terms of the performance of its health care system compared to that of 190 other countries assessed in the report.

This is particularly significant in view of the fact that the country receives millions of pilgrims annually; a most certain stress to any health care system.

More than a century ago, a similar assessment was made of the Kingdom’s ability to cope with the large influx of pilgrims, but with very different results. Pilgrims to the Holy Lands were facing a significant health hazard due to the especially crowded conditions of the pilgrimage.

This health hazard was so considerable that foreign visitors to the country left with a very negative impression; one they didn’t fail to share upon their return! Particularly noteworthy were comments of the Italian adventurer, Giovanni Finati, after his 1814 visit to Makkah.

His and others’ comments, in addition to the deteriorating conditions faced by Muslims traveling to perform the ritual, prompted the Ottoman Empire’s then Sultan `Abdul-Hamid (1876 – 1909) to send Doctor Shakir Al-Qaysari from Istanbul’s Haydar Pasha Hospital to accompany the 1890 AD – 1306 AH Ottoman Hajj expedition in order to assess the situation in the Holy Lands and report back with his results.

Dr. Al-Qaysari’s filed his report to the Sultan on the 23rd of Ramadan, 1307 AH. His recommendations focused on enhancing health conditions amongst the pilgrims and preventing the spread of infectious diseases. 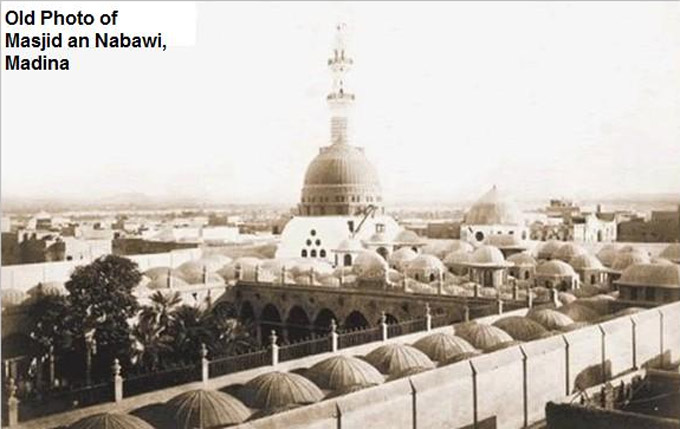 The doctor’s recommendations began with the need for a more thorough supervision of the boats transporting the pilgrims to Hejaz. Authorities had to prevent overcrowding on the decks, using stagnant drinking water from the ships’ water tanks, and the ships’ warehouses and restrooms required periodic cleaning.

Manufacturers needed to thicken and lengthen the ihram clothes to protect the pilgrims from cold. Al-Qaysari also seriously urged the Sultan not to allow the poor, the ill and the elderly to make the arduous journey to Hejaz under such conditions.

Most ships setting sail to the Kingdom disembarked in Jeddah, releasing tens of thousands of pilgrims from India, Asia and Africa.

The high temperatures and humidity characterizing the seaport city spoiled much of the water in the city’s reservoirs, which resulted in an increased incidence of infectious diseases among the pilgrims including malaria and dysentery.

As a result, Al-Qaysari recommended that the authorities should send pilgrims arriving in Jeddah to accommodation huts outside the city.

This would require sanitary methods for the disposal of wastes and sewage, in addition to establishing a special hospital for the pilgrims, with separate zones for men and women and special wards for infectious diseases and small pox. Al-Qaysari also recommended the training of female health practitioners for dealing with women’s illnesses. 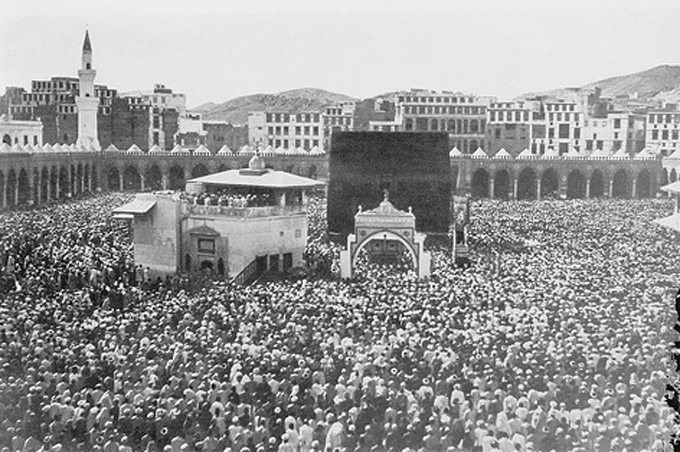 The pilgrims’ next destination is Makkah, birthplace of the Prophet Muhammad (PBUH) and home to the Kaaba, the Sacred Mosque of Makkah.

Some people had made a habit of camping in the streets of the then small valley town, and Al-Qaysari pointed out that authorities should erect wooden huts to house them.

He also asked authorities to prevent natives of the Holy City from overcrowding pilgrims in small rented rooms of their homes and old, run-down buildings.

The government had to clean the walking corridor between Mounts Safa and Marwa and prevent animals from occupying it.

While the Turkish pilgrims stood before Allah on the Mountain of Mercy in `Arafah, Al-Qaysari’s inspecting eye didn’t fail to overlook the urgent need of the pilgrims for tough sheltering tents resembling those of the Ottoman army camps. 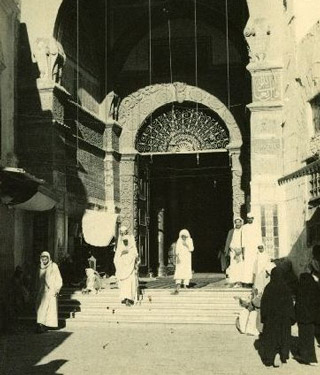 Al-Qaysari also noted the need for deep sewage pits, to be routinely covered with sand and dirt, in order to allow for the sanitary decomposition of the waste matter.

Pilgrims on the first day of `Eid Al-Adha slaughter the sacrificial animal as an expression of gratefulness to Allah.

Al-Qaysari recommended that Makkah veterinary authorities should supervise sacrifices and resulting meat. And they shall limit slaughtering to healthy animals as Shari’ah recommends.

Al-Qaysari also stressed the importance of preventing barbers from doing hijamah(traditional cupping therapy), and pilgrims from tying their animals in the vicinity of Al-Haram Ash-Shareef, factors that formed an important source of infection and contamination in the area.

On the second day of `Eid Al-Adha, Al-Qaysari reported a cholera outbreak in the city of Mina. Tens of thousands of pilgrims were spending what remained of their pilgrimage there.

The outbreak resulted in the death of hundreds of pilgrims, especially amongst the Iranian expedition. But it originated from a Yemeni caravan and a large group of Indian pilgrims.

Al-Qaysari asked the Sultan to prevent the Indian expedition from performing hajj the following year. He also recommended sending physicians to the Holy Land to contain the outbreak and to provide healthcare services. 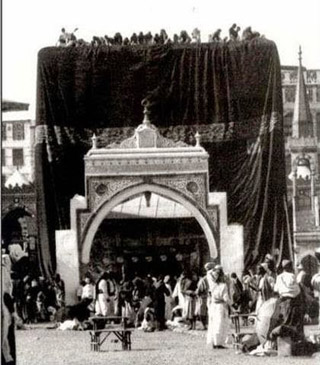 European travelers had for years rumored that Makkah’s Zamzam waters (a well discovered centuries ago by the son and wife of Prophet Ibrahim) were contaminated and that the water was responsible for the cholera epidemics periodically erupting amongst the pilgrims.

Al-Qaysari took samples to Istanbul, where his colleague, chemist Wasil Na`oom Afendi can analyze it.

Wasil reported that the water was free from any signs of contamination. To make sure, Al-Qaysari sent additional samples to two other scientists; Sultan `Abdul-Hamid’s head chemist, Bonkoski Pasha, and Professor of Chemistry in Istanbul’s Military College, Ahmed Afendi.

Results showed that it’s opalescent after precipitation, colorless, odorless, slightly sweet, and slightly alkaline. This can allow people to preserve it safely for one year in glass bottles.

As do all pilgrims, the Ottoman Hajj expedition then journeyed to Madina to visit the Mosque of the Prophet Muhammad.

Al-Qaysari noted that, as was the case in Makkah, there were large numbers of people camping in the streets. Again, the physician recommended building huts for those unable to afford accommodations.

He also stressed the importance of building two hospitals in Al-Ansar neighborhood of Madinah; one for pilgrims, and a military hospital for soldiers. 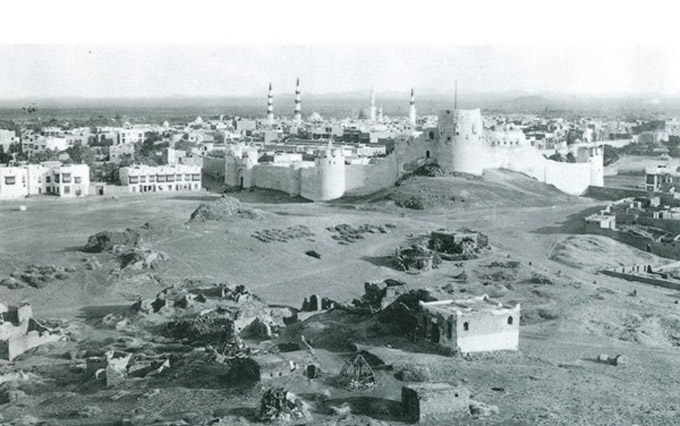 Al-Qaysari continued his Madinah report by stressing the importance of preventing the over-crowding of animals in Al-Ansar Square.

In addition to removing tanned leather to avoid contamination, animals needed a veterinarian to treat illnesses and supervise ritual slaughter.

Madinah’s markets required strict supervision, according to the doctor. Unsafe food was to be removed, Ghars Well required protection from contamination and the city needed a suitable sewage system.

Al-Qaysari believed the most important cause of death for pilgrims was what he called ‘bloody diarrheal disease’.

He explained that this disease was a prelude to small pox. The doctor recommended immunizing pilgrims against the disease with the small pox vaccine, not previously known in Makkah.

Al-Qaysari recommended increasing the annual expenditures towards Makkah and Madinah eight-fold, to ensure a healthy Hajj for pilgrims.

124 years past, the Kingdom has witnessed significant progress. Although pilgrims continue to face hardships, we have much to be thankful for to undergo the journey in this era.